January 18 2016
71
In January, the first operation of the first military transport began aviation heavy aircraft IL-76MD-90A, reports MIC with reference to the press service of the company "IL". 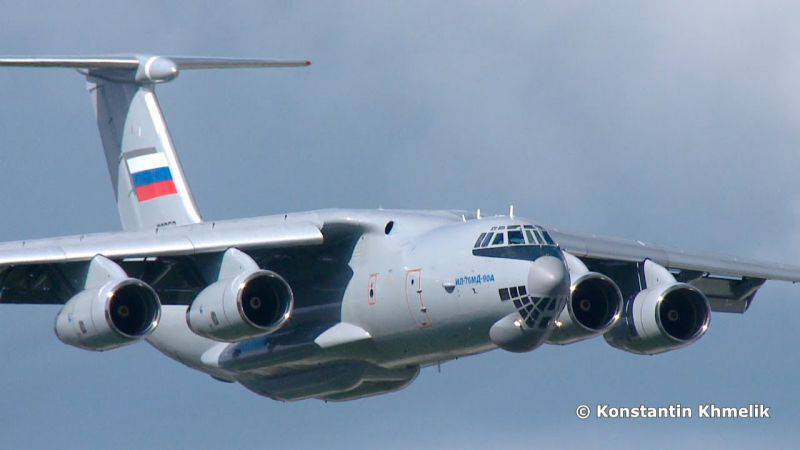 “The new heavy military transport aircraft Il-76MD-90А" Viktor Livanov "entered service with the Ivanovo aviation center in December 2015, which was an important event for the military transport aviation of the country. The BTA has high hopes for the new aircraft, because it surpasses its predecessors in reliability, range, economy and payload, ”the press service noted.

“The IL-76MD-90А has installed a new flight-navigation system, an automatic control system, a communication complex, a glass cockpit that meet all modern requirements for aircraft avionics and significantly increase flight safety, accuracy of air navigation and airborne landing,” message.

It is noted that "the replacement of standard D-30KP-2 engines with modern PS-90А-76, installation of a modified wing and a reinforced chassis greatly expand the operational capabilities of the aircraft."

The aircraft, created on the basis of the serial IL-76MD, "has all the advantages of its predecessor, while it can carry more cargo to a greater distance, with greater fuel economy."