Six Varshavyanok will be built for the Pacific Fleet

January 18 2016
34
For the pacific fleet 6 submarines of project 636 will be built, reports the blog bmpd With reference to the head of the naval shipbuilding department Vladimir Tryapichnikov. 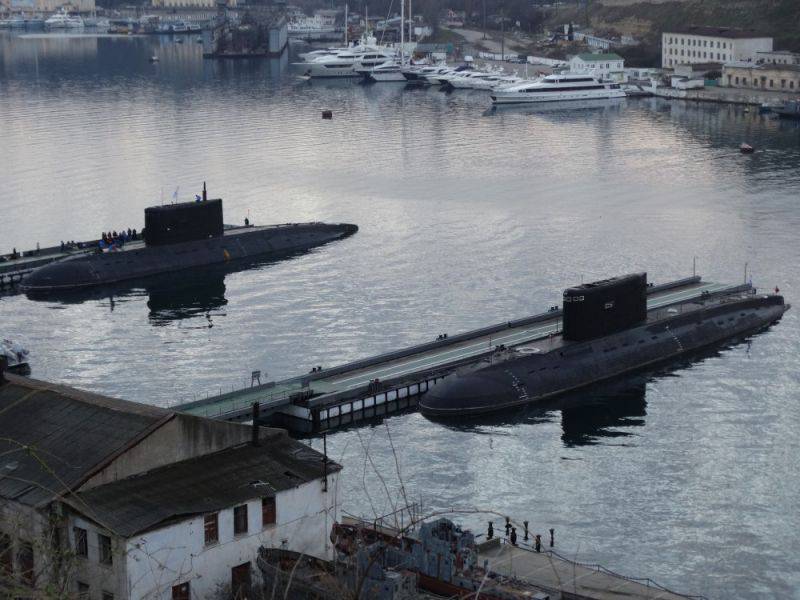 The first two large diesel-electric submarines of the 06363 B-261 Novorossiysk and B-237 Rostov-on-Don project in Sevastopol.

“In the future, the Navy is making attempts, and, in general, they must find their confirmation in laying and building six more 636 submarines of the project that will go for the Pacific Fleet,” said Tryapichnikov on air of the Russian Service News". - The appearance (submarines), of course, will be finalized taking into account the operation in the Pacific Fleet, but, indeed, we confirm this fact that construction will be carried out in the near future."

According to him, “in the near future, design offices and research institutes will be engaged in the formation of tactical and technical views on the design of new nuclear submarines.”

Bmpd recalls that “under contracts 2010 and 2011, Admiralty Shipyards in St. Petersburg is building a series of six large diesel-electric submarines of the 06363 project for the Black Sea Fleet, and four boats have already been transferred to the Russian Navy, two of which have arrived on the Black Sea Fleet.

Ctrl Enter
Noticed oshЫbku Highlight text and press. Ctrl + Enter
We are
Published plans for the construction of "Warsaw" for the Pacific FleetThe action “Military service under the contract is your choice!” In Rostov-on-Don: future contract servicemen, exhibitions and “Russian Knights”
Military Reviewin Yandex News
Military Reviewin Google News
34 comments
Information
Dear reader, to leave comments on the publication, you must to register.