January 19 2016
25
Japanese Prime Minister Shinzo Abe reminded the world that China’s economy has become an integral part of the global economy. “We cannot separate the Chinese economy from the world economy,” he explained. Actually, no one doubts that China is a “global factory”. It is another matter that China is in a fever: the Chinese stock exchange is pulling down European and American indices. If the global financial crisis in the 2016 year nevertheless breaks out, then it will begin with China and with a fall in the Chinese demand for oil, which will inevitably affect Russia. 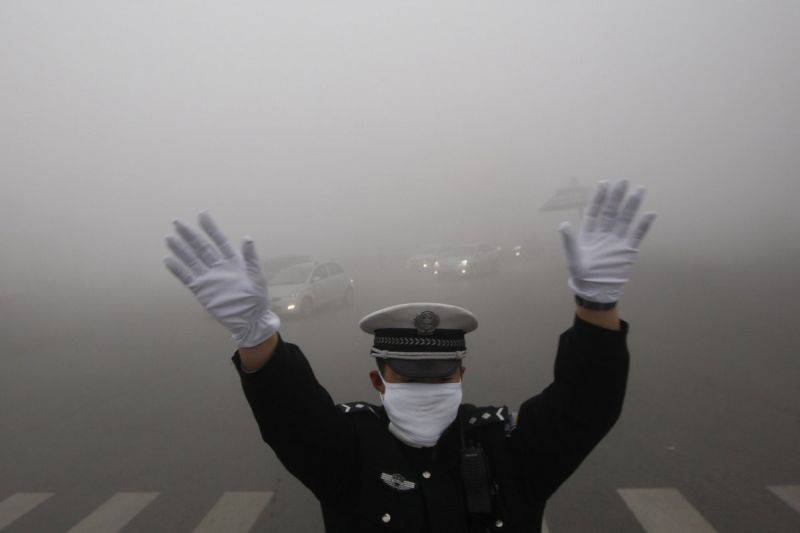 Independent economist Alexander Odintsov explained "On the eve of the"why in 2016 the world might shake a new economic crisis.

In 2014-2015 in China's stock market "speculative bubble inflated." "Shares," reminds the economist, "were bought by the population, including the most unqualified, just like on the eve of the collapse of 1929 in the USA." It is not only the paper market that is in turmoil. China’s economy itself is slowing down, it is undergoing destructive processes characteristic of classical crises in developing economies, Odintsov said. The fall in exports occurs six months in a row, and imports fall - for thirteen months in a row. Gold and foreign exchange reserves decreased (for 2015, from 3,8 to 3,3 trillion dollars). In addition, there has been a massive capital outflow (500 billion for eight months 2015). Finally, the devaluation of the yuan, which began in August 2015, is in reality a currency crisis. “Chinese companies, like Russian, in their time, the expert writes, have rather sharply increased the volume of foreign currency debt, sowing on a“ credit needle ”. In the second quarter of 2015, China’s external debt increased by 63%, from 1,03 to 1,62 trillion. dollars. " The total debt of companies and individuals in the Celestial Empire has already reached 207% of GDP (data for 1 July 2015), and this figure is twice as high as in 2008. The growth of debts creates the risk of bankruptcies. Example: “default” of China Shanshui Cement Group, the largest cement producer, and Baoding Tianwei Group, a generating state company.

To avoid the consequences of the fall of the PRC stock market (with total losses of around 4 trillion dollars) is extremely difficult, the scientist believes. Banks, companies and private investors will suffer.

How can a crisis affect the global economy? Like this:

“Since China is not only a major exporter of the United States and the European Union, but also a significant importer from Germany and the United States, the volume of imports will inevitably fall. Then the volume of countertrade from the EU and the US, which will reduce their imports, may decrease. As a result, the global economy, as in 30-s. XX century, can get into the funnel of depression.

China's economy will inevitably slow down. The world prices for raw materials will fall, which primarily affects the Russian economy, which will cause further devaluation of the ruble to the level of 80-90 depending on the depth of the fall in oil prices (approximate rate = 3500 / price of oil) ... "

True, devaluation refers to the competitive advantages of the Russian economy. “And if you remove from it a policy that systematically destroys a business, a corrupt tax burden and gradually give the ruble emission on the basis of monetization (М2 / GDP) at least 80%, by introducing restrictions on capital transactions, the flow of foreign and domestic investment will be huge, - An economist writes. “In this case, the ruble will strengthen, and the capital will flow.”

Odintsov also recalls the average duration of the modern economic cycle: 7-8 years. Therefore, it is highly likely that a new crisis will occur in the 2016 year (the latter began in the 2008 year).

Thus, a new crisis can begin in China and then shake the entire planet.

The inseparability of the Chinese economy from the world economy was recently stressed by Japanese Prime Minister Shinzo Abe.

In a joint interview with the business newspaper “Nikkei” and “The Financial Times” published last Sunday, he said: “Chinese yuan and stocks fluctuate quite a lot ... Nevertheless, taking into account reforms and openness, China achieved great growth rates and increased the level of involvement in world economy. "

The Chinese economy is not going to separate from the world.

17 January in the media passed the opening of the Asian Infrastructure Investment Bank (ABII) - a real competitor to the World Bank. At the official ceremony, Chinese leader Xi Jinping delivered a speech "Euronews".

The agreement on the creation of the AIIB, the channel reminds, was signed at the end of June 2015. Russia is the third largest bank participant after China and India.

The launch of a new global financial institution in Beijing, comparable in value to the World Bank and the IMF, suggests that China has become an authoritative power on the world market, said Russian Deputy Finance Minister, deputy governor for the AII, Sergei Storchak.

“From this moment on, it can be considered that the initiative that the leadership of the People’s Republic of China has put forward has become a reality. And this reality, according to my feelings, is very comparable to the reality that took place in 1944 in Bretton Woods, when a group of countries decided to establish the IMF and the World Bank, ”Storchak quotes RIA News".

However, the activities of the AIIB will in no way save the world economy from crises. And the Chinese too.

Last Friday, the value of the “Shanghai Composite” (the main stock index of China) fell to 2900,97 points. Bloomberg wrote about this. This figure is even lower than the minimum observed during the downturn in the stock market of Chinese companies last summer. Experts are sure: the global economy will inevitably move to lower growth rates.

"Given the depressing start of 2016 of the year, the decline of the Chinese economy will continue," said "New News" Artyom Deev, Head of Analytical Department of FC AForex. - According to the updated World Bank forecast, China will “slump” to 6,7% by the end of 2016. The situation is exacerbated by the increased risk of a currency war. I am afraid that, given the pace of devaluation of the yuan, the People's Bank of China is doing just that. In the meantime, the main blow falls on commodity economies. ”

Of course, Russia will also get it: its economy is just about raw materials. As Igor Nikolayev, director of the Institute of Strategic Analysis at FBK, noted in an interview with the Noviye Izvestia correspondent, the economic problems of the PRC affect Russia indirectly, but seriously enough.

“In recent years, two thirds of the global increase in demand for oil, including ours, domestic, has been provided by China. Now everything is different, ”said the expert.

Although the economy of China will not go down (that is, it will show a decline, negative indicators), but it will slow down its growth, characteristic of the Middle Kingdom for several decades, this will immediately affect the entire global economy. In 2016, experts predict a new financial crisis, which will begin with a slowdown in the growth rate of the PRC.

Reducing the energy needs of the “global factory” will inevitably lead to a reduction in demand for oil, and with an oversupply of prices, the price of black gold will simply collapse. Today, the forecasts of some Western financiers about the upcoming oil prices in 10 dollars per barrel do not look surprising.

The fall in oil prices will hit Russia's raw materials economy. The ruble exchange rate will continue to decline, and the prospects for "stabilization" and even "recovery" of the Russian economy, which has recently predicted Vladimir Putin, they will turn into prospects for achieving the next tier of the “bottom”, which, last year, I remember, Minister Ulyukaev liked to argue.

Observed and commented on Oleg Chuvakin
- especially for topwar.ru
Ctrl Enter
Noticed oshЫbku Highlight text and press. Ctrl + Enter
We are
Eastern turn: what is he carrying to us?Results of the week. “In our cooperative, the board is always agreed”
25 comments
Information
Dear reader, to leave comments on the publication, you must to register.