January 19 2016
162
The State Department believes that Russia is beginning to take Western sanctions more seriously than before. Coordinator of the US Department of State for Sanctions Daniel Fried crumbled in compliments to Europe, which came up with sanctions against Russia. She did it to the detriment of her own economic interests, but in a “united front”. According to Fried, the appointment of sanctions is not a punishment of anyone, but a change in the line of his behavior. 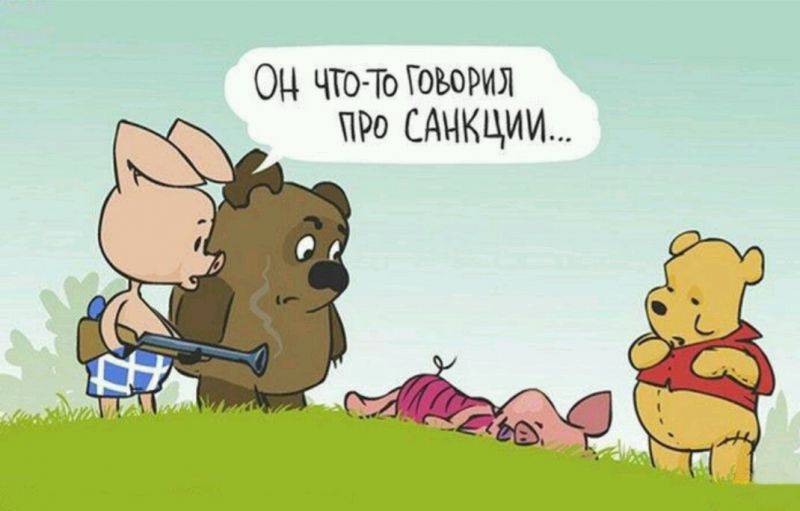 Speaking at the American University (Washington), US State Department Coordinator for Sanctions Daniel Fried presented the US government’s view of sanctions as an instrument of international politics, "Voice of America".

Fried believes that today, measures of economic pressure often lead to greater effect than the use of military force. The current politicians have developed a number of rules with the introduction of sanctions. A State Department official outlined them.

1. Sanctions should not be imposed individually. The ideal option implies the support of the UN Security Council. True, other permanent members of the Security Council (like Russia and China) may block the resolution. In this case, the United States should resort to the support of geopolitical allies. That is exactly what brought Russia to the negotiating table, Fried is sure. “When developing sanctions against Russia,” he says, “from the very beginning we decided to cooperate with the G-7 countries and the European Union ... Before that, on such a scale, we didn’t do anything of the kind. These sanctions were not something invented in America and imposed on Europe. On the contrary, they were developed jointly with Europe. ” In his speech, the diplomat highly appreciated the role of the EU states: they sometimes even showed a consistency of actions towards Russia at the expense of their economic interests.

2. You can not rush things. The effect of sanctions may manifest itself over time.

3. The meaning of sanctions is not to punish someone, but to change the line of conduct. This is what happened with Iran: sanctions on it will soon be lifted in exchange for an agreement to refuse to develop nuclear weapons. The diplomat counts on a similar outcome in the case of Russia. This country, Fried is convinced, is beginning to take the situation more seriously.

Some politicians in Europe, however, are very doubtful about changing the sanctions policy and even more so in the near future lifting of sanctions against Russia.

For example, the other day, Lithuanian President Dalia Grybauskaite said in an interview with the ICTV channel that the European Union would retain sanctions against Russia.

“Europe understands and agrees with the principles specified in the Minsk deals, but they are not implemented. Therefore, the sanctions will remain ", - quotes Dalia Grybauskaite Gazeta.ru.

The Lithuanian President doubts that Russia "will agree to any peacekeeping activity in these (Donbas) territories".

Francophone portal "AgoraVox" (source of translation - "InoTV") believes that everything will be different, and the counter-sanctions of Moscow "will plunge the West into a severe depression."

Putin is preparing new laws against the West, and they will allow Russia to return everything that has been lost due to Western sanctions and “American manipulation of oil prices,” AgoraVox indicates.

Why is Putin’s anti-ban strategy successful? The fact is that the Russian president prefers to sell oil for gold. In the future, this strategy promises him an economic victory. The West will receive, if not a collapse of the economy, then a protracted depression.

New Putin's laws will lead to this final. The President of the Russian Federation submitted to the State Duma "one of the most dangerous laws of those that the modern история Of Russia. " Once they are approved, they will create a nightmarish "economic cyclone." Before, the West did not see such a "cyclone". Putin’s new legislative initiative will immediately plunge the US and the EU into depression.

What is invented in Moscow?

It turns out that, according to the bills, Russian companies, both public and private, should suspend the payment of loans in excess of 700 billion dollars to state banks that apply sanctions against Russia, as well as to banks that have branches in these countries.

Such an initiative will allow the Russian Federation to return the money that it lost as a result of "Western manipulation of world oil prices" and "attacks on the ruble."

Where did such bills come from? What caused them?

According to the resource, V. V. Putin was “forced” to pass the bill to the Duma because of the “grim” report of Minister Ulyukayev, as well as forecasts by British experts predicting a drop in oil prices to 10 dollars per barrel.

There is another way in which Russia intends to withdraw from the international petrodollar system. Opened St. Petersburg International Commodity Exchange. It will bring Russia out of this dependence.

The portal is surprised that the American media do not inform citizens about the “terrible influence” that new Russian laws may have on the situation in the United States.

Meanwhile, the publication reminds, in anticipation of the collapse of the petrodollar system, Putin is selling oil and gas for gold. Only from October to December 2014, Russia acquired 55 tons of gold. This amount exceeds the volume of purchases of precious metals of the banks of the world taken together. In the medium term, Russia will benefit from this strategy, even if today it is suffering losses. "This brilliant economic combination of Putin put the West, led by the United States, in the position of a snake, which aggressively eats its tail," the resource believes. As a result, Putin will "checkmate" the West.

Well, let's wait for the next “brilliant” move from the “combinator”. In the meantime, let us return to the statements of Mr. Fried and give the opinion of the Russian expert on the possible easing of sanctions against Russia.

Foreign Relations Expert Fyodor Lukyanov believes that if American politicians go to mitigate, then similar actions can be expected from European colleagues. “Washington, of course, does not give direct instructions to Europe,” said the analyst. Gazeta.ru. - But the EU is very sensitive to the American position. As soon as there are signs that the United States is ready for compromise, those forces that are unhappy with the sanctions policy and would like to cancel it in their own interests immediately liven up and start telling their governments that they need to move towards lifting the adopted restrictions. ”

Since Mr. Fried is one of the staunch supporters of a tough policy towards Russia, Lukyanov calls to take his words seriously: "If he speaks about this, it means that something really happens in the negotiation direction."

At the same time, the expert notes that Fried said nothing about the Crimea. This means that we can talk about the removal of only those restrictions that were introduced after the initial ones.

As we see it, Fried’s statements, as well as the echoes of his speeches in Europe, are not at all aimed at lifting sanctions, but represent an additional way to put pressure on Russia and force it to make so-called compromises in Ukraine. The time for pressure was chosen the most suitable: oil is rapidly getting cheaper, the ruble exchange rate is subject to inflation, the Russians are getting poorer every day, and the partner is China openly doubted Russia’s withdrawal from the crisis, while the Kremlin maintains the existing economic policy.

In addition, most recently, at the end of December 2015, the US Department of the Treasury has expanded list of "authorized" legal entities and individuals of the Russian Federation.

All this means that no refusal of sanctions is expected in the near future. At least, one should not expect such a move from the Obama administration, which political opponents in the United States already criticize for being too soft.

Observed and commented on Oleg Chuvakin
- especially for topwar.ru
Ctrl Enter
Noticed oshЫbku Highlight text and press. Ctrl + Enter
We are
Results of the week. "Guys let's be friends!"Situational analysis of the death of the MH17 flight (Malaysian Boeing 777), made on the basis of engineering analysis from 15.08.2014
Military Reviewin Yandex News
Military Reviewin Google News
162 comments
Information
Dear reader, to leave comments on the publication, you must to register.