The truth about the Donbass erupts in Europe 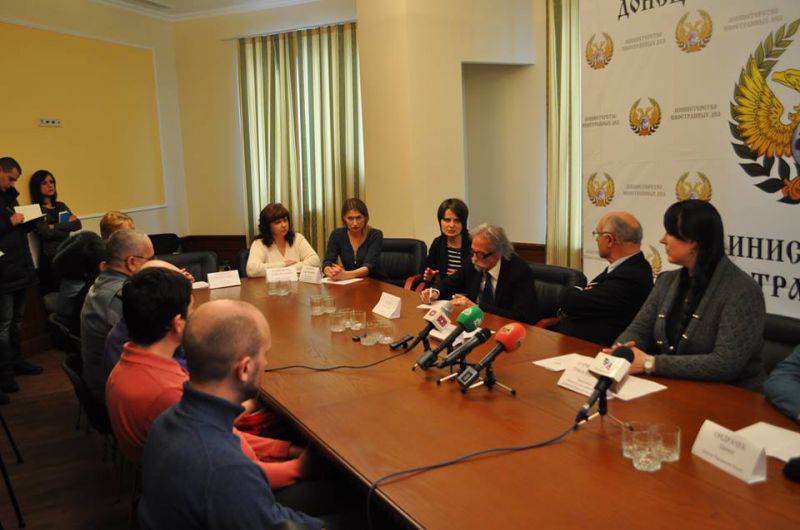 It is no secret that the information component plays a significant role in the war of the West against undesirable ones. The enemy is demonized in every way, only one point of view reigns in the leading media - and no one hears those who are declared outcast. Outlaws in the so-called civilized world have now declared those who are behind Donbass, but Poroshenkovskaya post-mayor Ukraine is considered to be the right side there. This to a large extent plays into the hands of Ukrohunte, which as a result creates its crimes, not particularly fearing conviction.

But the nuggets of truth still seep out there, in the NATO countries. There are also people there who wish to see what is happening personally, with their own eyes. And - people who have a certain influence in political circles. Yes, they are in the minority. Yes, the power is not with them. But they can bring this truth to even a part of society, which is already a lot.

Last week, the Donetsk People's Republic was visited by two delegations from Europe at once. On January 11, French politician Jacques Klostermann, a representative of the coalition headed by Marine Le Pen, head of the French Human Rights Lawyers League Josy-Jean Buske, and lawyer Hannen Mahsoud, arrived in Donetsk. 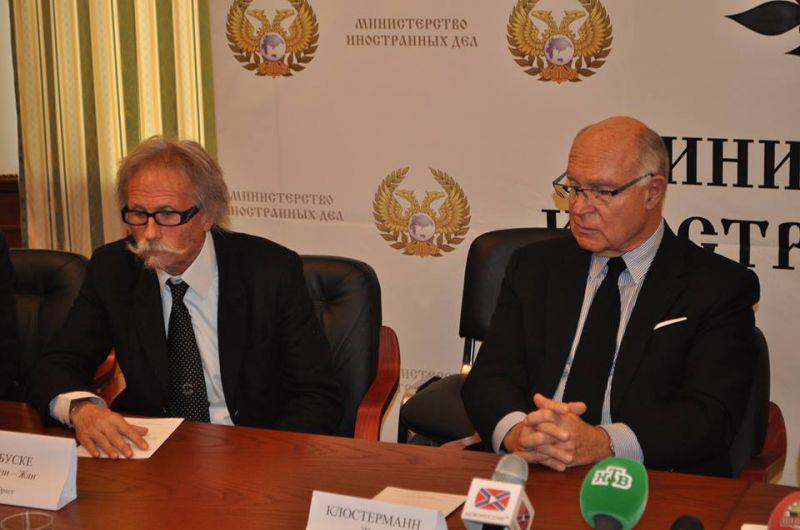 And January 14 arrived two Czech deputies - Zdenek Ondrashek and Stanislav Makovik. Both are representatives of the Communist Party of Bohemia and Moravia. 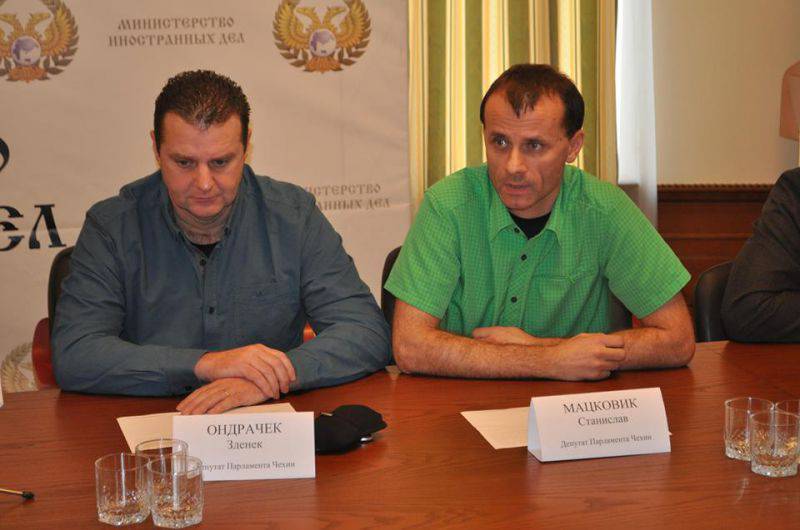 In many official events, guests from France and the Czech Republic participated together. The French who arrived earlier visited those cities of the young Republic that were hardest hit by Ukrainian shelling: Debaltseve and Uglegorsk.

Both they and representatives of the Czech Republic also managed to visit the hottest districts of Donetsk - those located near the destroyed airport.

Representatives of France, seeing the terrible destruction, after talking with civilians affected by the war. They called the actions of the current Ukraine terrorism. And the Czech parliamentarians put it even more precisely: this is frank fascism.

Both delegations jointly visited the Museum of the Great Patriotic War, where they were accompanied by the Deputy Commander of the Corps of the Ministry of Defense of the DPR, Eduard Basurin. In this museum, along with a rich exhibition on the Great Patriotic War, now there are also other exhibits associated with the current war in the Donbas. Foreign guests saw what fell on houses, hospitals, schools of peaceful cities: shells, mines, fragments of "Hurricanes", "Tornadoes", "Grads" ... One of the small fragments of Jacques Klostermann took with him to show there in France.

There was a meeting of representatives of France and the Czech Republic with those people who visited the Ukrainian captivity. Eight people told them about their experiences. Prisoners were beaten, doused with cold water, their ribs were broken. More cruel torture was used. The woman who was seized by punishers for helping to organize the 11 referendum of May 2014, stayed in captivity for 20 days and remembers it with horror. “They kicked me hard and with a rubber hammer on the head. Practically not fed. I have a scar on my forehead - they wanted to cut my eyes. ”

Some, according to former prisoners, could not stand such bullying and did not live to see the exchange ...

The DPR Human Rights Ombudsman Daria Morozova, who was present at the meeting, stressed that, unlike in Ukraine, in the Republics, torture does not apply to prisoners. And all international observers - both the OSCE, and the UN, and the staff of the International Committee of the Red Cross - were compelled to confirm this, all who followed the exchange of prisoners.

Representatives of the Lugansk People’s Republic came to a meeting with French human rights activists in Donetsk. They also handed over documents showing the most brutal crimes of the Kiev junta.

Following the visit, Jacques Klostermann said that in his country, as well as in the whole of Europe, there is practically no information about what is happening in the Donbas. “I'm going to tell everything I saw here that the media would talk about it. Perhaps for many it will be a shock, ”he said.

“It’s terrible that this happens in the 21st century!”, Czech deputy Zdenek Ondraszek summed up.

French lawyers voluntarily took on an important mission - not just to tell the truth about what is happening in the Donbas public, but also to collect data on the war crimes of the Ukrainian junta and submit them to the European Court of Human Rights. It is clear that it is difficult to count on the objectivity of this court, but no struggle for truth is superfluous.

Of course, such visits will continue. Despite the massive propaganda directed against the Republics and, of course, against Russia, more and more people will strive for truth.

It remains to add that the visit of foreign guests to the DPR caused a furious reaction in Kiev. The Ukrainian Foreign Ministry threatened the Czech deputies with various sanctions, expressed "strong protest" against their trip, called it "illegal." In a statement issued by the Foreign Ministry to 15 in January, it is said that this is “disrespect for the state sovereignty of Ukraine.” These are the representatives of ukrohunta. It seems to be so eager for Europe, but they are trying to oppose Europeans who dare to have their own position.

Ctrl Enter
Noticed oshЫbku Highlight text and press. Ctrl + Enter
We are
Donetsk: City Day and Miner's Day"Polite people" in the Crimea through the eyes of Americans
Military Reviewin Yandex News
Military Reviewin Google News
32 comments
Information
Dear reader, to leave comments on the publication, you must sign in.