Notes of the Colorado Cockroach. Today in the circus only peremoga

January 19 2016
46
Greetings to you, dear readers and readers. Why so unusual? Yes, simply because it turned out that when you divide people by sex, you get less headache. No need to figure out who the enemy or friend. Who am I interested in, and who was near? Of course, some readers may argue that today in human society such a division is not often seen. Now everything is numbered. And middle sex. 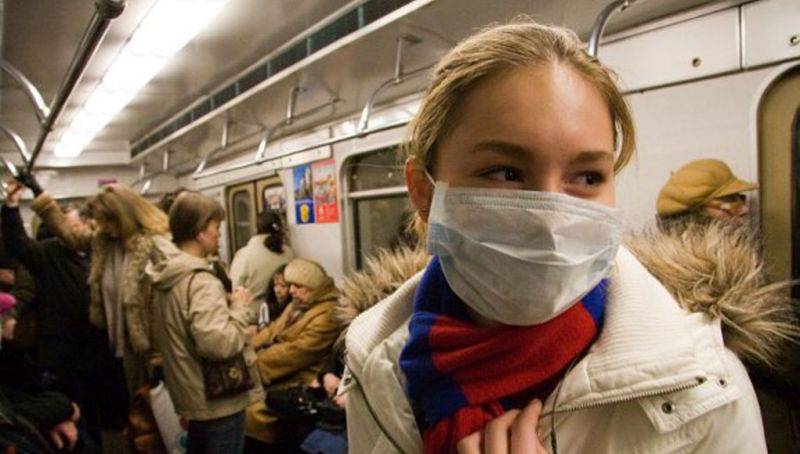 But this is where we are striving. You, and us so far, do not have this. So far, you can call a woman a woman. And even give flowers. She will not be offended. And as will be later, we will write later. How it all settles.

But the main thing, probably more important for me, is fatigue from the proceedings, where peremoga and where it is. Whatever our Kiev rulers do, this question arises. The heads of the Ukrainians split already from this issue. And at all levels. Maybe they noticed, the president somehow began to forget these words. At least in official speeches, they skip less and less. Nakkalis, probably.

Now insert specifically for the site of military retirees. Guys, pensioners, thank you, of course, for your interest in my notes. Only the cockroach - he is a cockroach. Books does not publish. Until. And all the notes published only on the "Military Review". But as decided by the editors of this publication, so be it. Perhaps sometime articles and merge into some column. Something called "Khrenology of construction of Ukraine, or How to make the rich poor ..." So, read it as it is. And the articles are interesting, as long as they are relevant. Then they become feuilletons about the past. Like Zoshchenko or Ilf and Petrov.

That divided our cockroach community, as well as the Ukrainian society into groups. Some after each decree or law shout: "Ukrainians are undressed again!" Others after the same decree or law: "Ukrainians have fooled again!" And the villagers howl - Zrada! Or Peremoga! I'm tired.

Today I will write only about Peremogi. No zrad and no questions to the government. I think, then I exist. And while I exist, it means that Ukraine exists. Just because Ukraine is largely a country of cockroaches. How many food do not hide, we will always find a hole, and we will have our gesheft. The question of survival, you know, millions of years of evolution has accumulated. Our, of course, evolution.

He attacked our people. I do not want to say where he came from. But attacked. Almost daily, our media report a terrible disease that affects both adults and children. And there is no protection from this disease. Of course, in less developed or more developed countries it is, but we definitely do not have it. And the name of what - the flu. Brrr ...

There are hundreds of victims already. And the worst thing is that children die. Schools are closed for the holidays. And this flu all goes. For primitive minds, in principle, problems should not arise. Every year, those who work with people are vaccinated. Well, the children, of course. Only this vaccine costs money.

And why spend money on someone who, perhaps, does not get sick? And, logically, it turns out that this very vaccination is not needed at all. Any doctor, even Ukrainian, will tell you. Where vaccination is given, the flu usually does not occur. And if there is no flu, then why did the people spend the money for the vaccine? Then they will ask ... And maybe they do it in the garbage can for this business.

In short, our government found Peremog here. We agreed with Lithuania on the urgent delivery of humanitarian aid. How so? We are Ukraine. All Europeans should help us. Thank you Lithuanians. They promised to put as much 1100 packages. Now the flu is over. In 40 million country.
The situation is the same with the hryvnia. And that after the New Year holidays she began to stumble. Nobody knows. It seems to work. And she falls. No, I go outside all the time. And I do not see the snow cleaned. And even ice. And people falling too. But who is driving the hryvnia into the street in such weather? Sit yourself in the National Bank and look at people. No, it goes ... and falls.

Well at least our experts are foreign. They explain to us why she is so capricious. "Mandatory banks are obliged to implement the mandatory sale of foreign exchange earnings on the next day after receiving the currency. Accordingly, when a working day in Ukraine coincides with a holiday in the USA, the demand for currency continues to form (client applications continue to pass through currency control, since Ukraine has a working day) and the supply of currency is limited (due to US holidays, currency earnings are not received into the accounts of Ukrainian banks) ". This is not a simple man said. This is a whole Buel! Do not know who is? Gray ... This is the deputy head of the NBU.

In short, as we understand here, we now have to set the weekend when the Americans are going to rest. Grivna tail in this way and we will press. Tourist, beet her ... tied to her legs.

But the greatest Peremoga happened yesterday. Everything. Crimea kaput. Ukraine has completely stopped shipments of everything to this region. Yes, it stopped that even the Crimean Tatars decided to lift their blockade.

No, we certainly remember that in fact there have been no deliveries there since November. We also remember that Crimeans for some reason refused Ukrainian electricity. Why did it happen? Well, sat for a couple of weeks without light, so what? Every day we have hundreds of settlements sitting without light. Snow wire is tearing. So do not refuse the same.

Only it was not peremoga, but a blockade. And now Peremoga. Now, the blockers will be controlled not by Crimeans and villagers, who were carrying Tsybul and the cartoons, but border guards and customs officers. So that they do not use their official position and do not forward their potatoes to Crimeans.

And how Crimeans responded meanly ... Even our svidomye did not expect such cruelty. In Yalta, on the berth for boats, our patriots painted the Ukrainian flag at the lighthouse. Just so they took and painted. So what? These traitors did not even notice him! From morning to dinner and swim nothing. At least someone scratched his head and remembered nenke. And at lunch the watchman came, and painted the entire protest with paint. And still swearing and promised the following patriots legs to pull over the Skoda.

The next Peremoga is already precisely connected with Russia. Russians cannot just sit and look at us. Some hackers let in at Borispol airport. And those times - and the virus there. Not the flu. He is called in a foreign language. So they say a strong horror. Runway korezhit. The pilots in these eyes, lasers lets. Aircraft unfolds and sends to Moscow. So there paid for refueling.

Well, our SBU noticed this, with a foreign name. Caught. Now it seems to give evidence. Or does not. I do not know.

Attached, then the computer to the network and watch. And this, with a foreign name, and climbed into the system. Like this. I open your eyes.

And finally, your favorite topic. About women ...

Remember the valuable frame (and how else is a female frame called?) That Mikhail Saakashvilenko lured to us? Well, Maria Gaidar. So, cry. Masha turned out to be such a valuable employee that Mikhailo raised her from the position of adviser to her deputy. This is how new people of genius grow in Ukraine. Once - and the boss.

Yes, we had a rzhak here, when right after the ministerial corporative, Masha walked with such a bruise under her eye that she was amazed, didn’t she with Klitschko argue about philosophy? The enemies (of course, the enemies) claim that it was Mikhailov that he had merged. And now the type of wine smooths.

True, some feeling I have incomprehensible on this issue arises. As so, the Ukrainians, after they pour out the next bucket of mud on the quilted jackets, are now bowing to the former jacket. Sign Pani Maria a piece of paper ...

But her comrade in Bolotnaya, Nastya Leonova, had no luck. They used to hang out together "in the swamp". Only Masha was beaten by one of the Russian governors, and Nastya had to go to Ukraine. To prove the case. What to prove? Do i know Prove and that's it.

It was stuffy in Russia under a thick layer of cotton wool. And Nastya rushed to where you can breathe freely with a full breast. To Ukraine. And there, in the ranks of the humanitarian workers, she began to prove that she has the right to this very voluntary breath.

Proved, proved, and ... went to the battalion "Azov". Like a medical instructor. True, none of the doctors did not see her there. But knowing cockroaches say that there are some sort of VSW in the war. Or "filly". Something like a sex psychotherapist. I do not know for sure, but they say that way. So, this is the Nastya and was in Azov, this very filly someone. Very angry say that the very "Forester".

Yes, you see, tired of this very someone to hell. Passed it in the SBU. Now he is learning how to cook Ukrainian borscht in a can with a kettle. And not sleeping with someone, but with something in an embrace. "Something" is a bottle with hot water, so as not to freeze to the bunks. Destiny - it is so ... someone gives, who takes the last.

Until the next meeting, dear readers and even more dear readers! And this meeting will be soon. Time flies faster than we think, and events are so compressed that you just don’t have time to write.

Ctrl Enter
Noticed oshЫbku Highlight text and press. Ctrl + Enter
We are
Notes of the Colorado Cockroach. Between Christmas and Baptism ... chillyNotes of the Colorado Cockroach. Part of 14. Tse Europe!
Military Reviewin Yandex News
Military Reviewin Google News
46 comments
Information
Dear reader, to leave comments on the publication, you must to register.