January 17 2016
74
The Bavarian Prime Minister and the head of the CSU party in the ruling German coalition Horst Seehofer delivered an ultimatum to Angela Merkel: if she doesn’t ensure order at the border in 2 a week, he will file a lawsuit in the Constitutional Court of the country, RIA News. 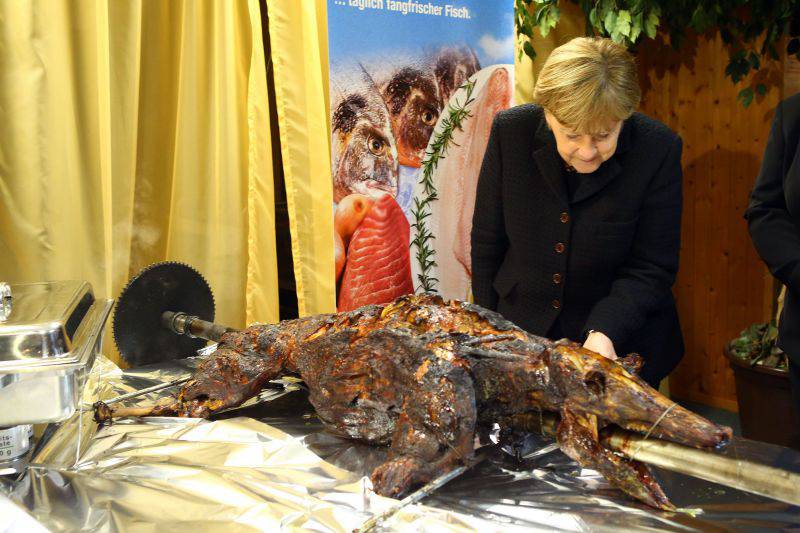 “In the next 14 days, we will require in writing the federal government to restore legal relations at the borders,” Seehofer told the weekly Spiegel. “If it does not do this, the government of Bavaria will have no choice but to appeal to the Constitutional Court.”

Earlier, the head of Bavaria has already promised to go to court if the federal authorities do not make changes in migration policy. The Bavarian government has repeatedly stated about the limited possibilities of land for the reception of migrants, who are virtually uncontrolled cross the borders of Germany. Nevertheless, Merkel refused to call the “top bar” in the reception of refugees.

Ctrl Enter
Noticed oshЫbku Highlight text and press. Ctrl + Enter
We are
The collapse of the CDU / CSU coalition and the end of Merkel's careerMigration as the main threat to the national security of Russia
Military Reviewin Yandex News
Military Reviewin Google News
74 comments
Information
Dear reader, to leave comments on the publication, you must sign in.