January 16 2016
155
The Ministry of Agriculture of the Russian Federation considered it impossible for the Russian delegation to attend the Green Week fair in Berlin after refusing a visa to the head of the Ministry Alexander Tkachev, reports RIA News statement of authority. 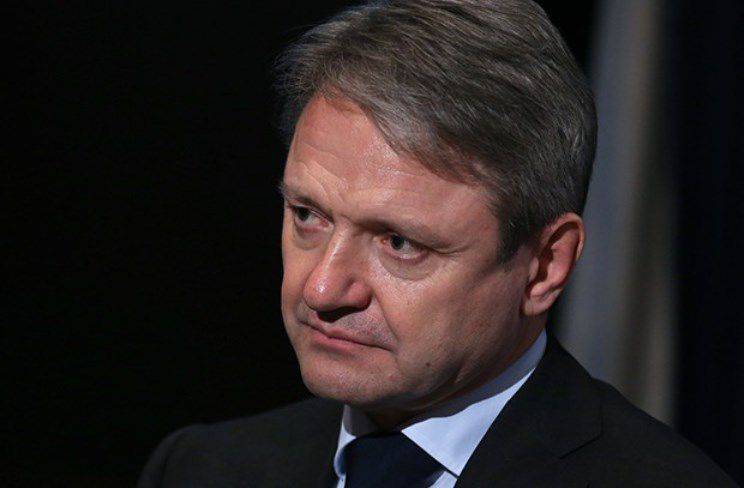 “Russia was going to take part in the World Food and Agrarian Exhibition Green Week-2016, but due to the fact that the German Foreign Ministry refused to issue permission for the arrival in Berlin of Minister Alexander Tkachev, included in the EU sanctions lists, it automatically made it impossible to participate in forum of the Russian delegation, especially given the fact that international multilateral ministerial-level events are planned on the margins of the exhibition, including the global agrarian forum and the meeting of the ministers of agriculture of a wide range and "
the statement said.

“We are compelled to state that such steps do not benefit not only bilateral cooperation, but also the agrarian sector of Germany itself,” the ministry said, recalling that sanctions against the EU “have already cost the German farmers about a billion euros.”

Europe's largest fair, Green Week, which gathers hundreds of thousands of visitors annually, for the first time in almost 23, will be held without Russian participation. In 2015, the exhibition organizers registered nearly 2 thousands of exhibitors from 68 countries. Over the week, more than 400 thousand people visited the event.

Ctrl Enter
Noticed oshЫbku Highlight text and press. Ctrl + Enter
We are
Innovation Day of the Southern Military District: Pictures from the ExhibitionThe action “Military service under the contract is your choice!” In Rostov-on-Don: future contract servicemen, exhibitions and “Russian Knights”
Military Reviewin Yandex News
Military Reviewin Google News
155 comments
Information
Dear reader, to leave comments on the publication, you must sign in.