January 16 2016
98
In Ukraine, a new wave of mobilization will be held, connected with the upcoming planned transfer to the reserve of military personnel, reports Look with reference to the General Staff of the Armed Forces of Ukraine. 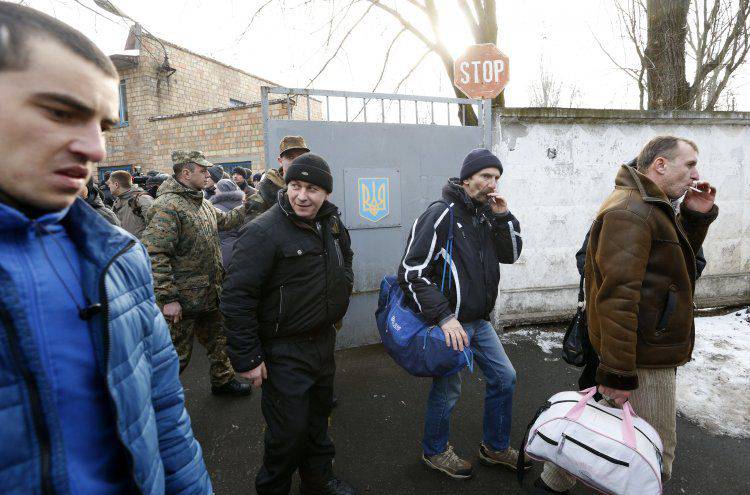 “The seventh wave of mobilization in the APU will be held. Due to the demobilization of the fourth wave, there will be a need to complete the APU. Completion will be carried out as contractors, and mobilized. Naturally, the more contract soldiers will be attracted, the less need is mobilized, ”the release says on the General Staff page on Facebook.

It is reported that at the present time "work is underway with demobilized previous waves in order to attract them to service under the contract."

“After the number of contract servicemen becomes clear, we will be able to name the need for mobilized,” added the military department, noting that “the seventh wave will be less than the previous ones.”

Ctrl Enter
Noticed oshЫbku Highlight text and press. Ctrl + Enter
We are
The action “Military service under the contract is your choice!” In Rostov-on-Don: future contract servicemen, exhibitions and “Russian Knights”
Military Reviewin Yandex News
Military Reviewin Google News
98 comments
Information
Dear reader, to leave comments on the publication, you must sign in.