The last victory of the Soviet army

January 16 2016
39
Exactly a quarter of a century ago, January 13 1991, the last attempt to save the Soviet Union collapsed. This attempt was initially tragic and hopeless, since by that time the USSR was mentally dead. The paratroopers and alfovtsy in Vilnius, without realizing it, heroically defended the corpse.


From a military point of view, this battle was crowned with the brilliant success of the Soviet army, but ideologically it turned into a catastrophic defeat. Anti-Soviet and anti-Russian propagandists presented him as a brutal beating of unarmed demonstrators, and this finally brought the authority of the Soviet government to the outside and inside the country. After Vilnius, almost no one left any doubt that the USSR was doomed. The main mistake of the half-dead rulers of the USSR was that they failed to organize information and propaganda support for their actions, that is, they surrendered the most important front area to the enemy without resistance. And it began long before the Lithuanian events. 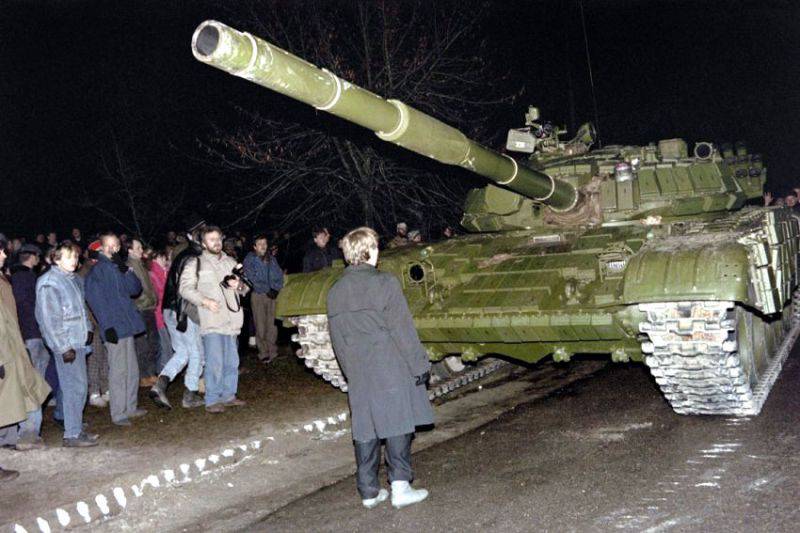 Very bright propaganda photo. You already feel the hatred of the Soviet aggressors, crushing tanks freedom of the Baltic states? 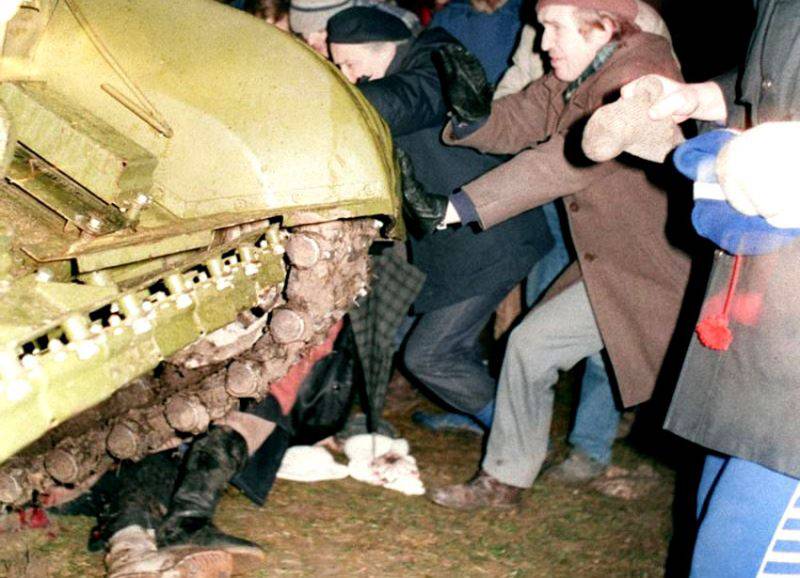 Another horrible picture: the Soviet tank crushes Lithuanian women. True, photography is staged and absolutely fake, but who should care? Do not reflex, distribute! (WITH)

Weaponseized January 13 1991 from the "peaceful protestants" in Vilnius. 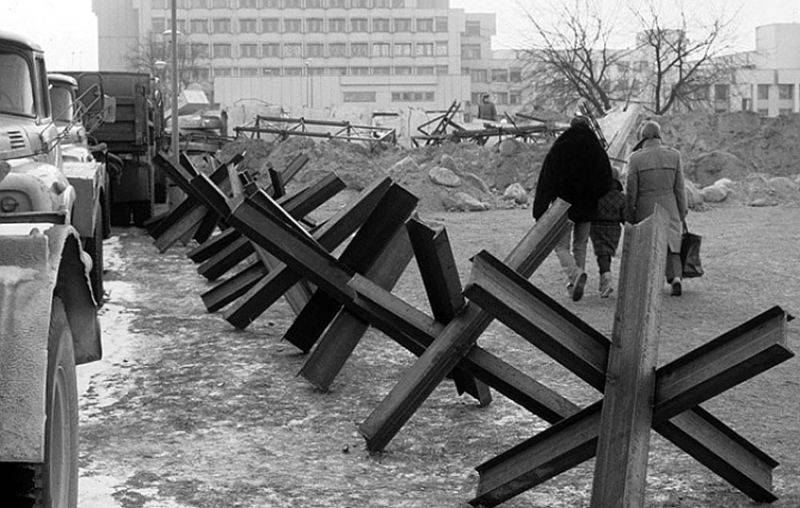 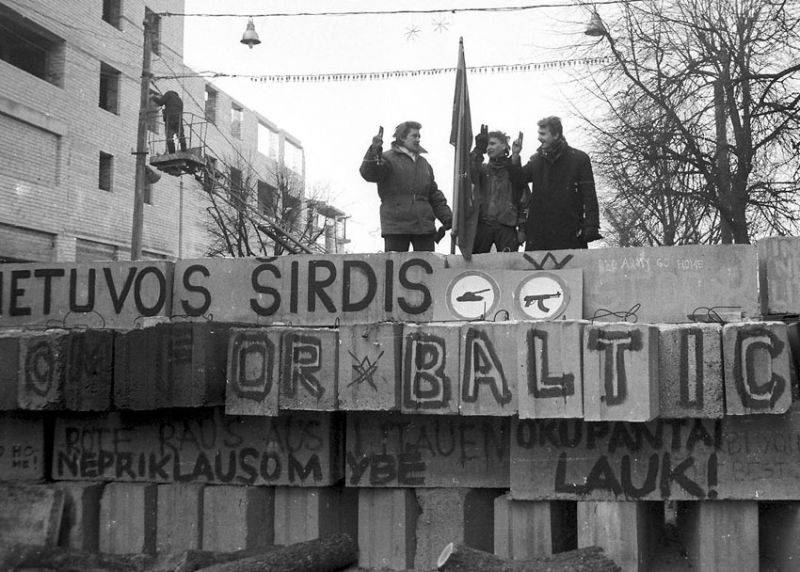 Fortifications built by Lithuanian separatists against the Soviet army in Vilnius in January 1991. Please note that the lower concrete blocks are arranged in such a way that between them there are embrasures for sniper fire. Professionals obviously worked. 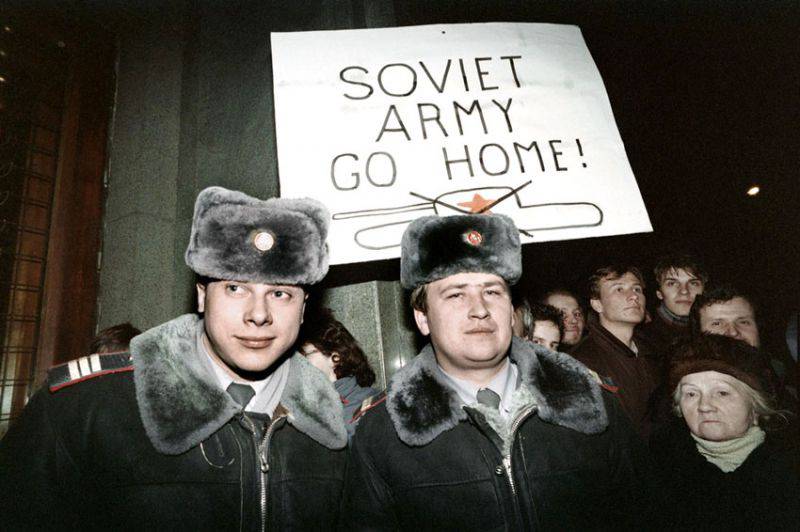 The beginning of 1991, the Lithuanian police are already on the side of the separatists. 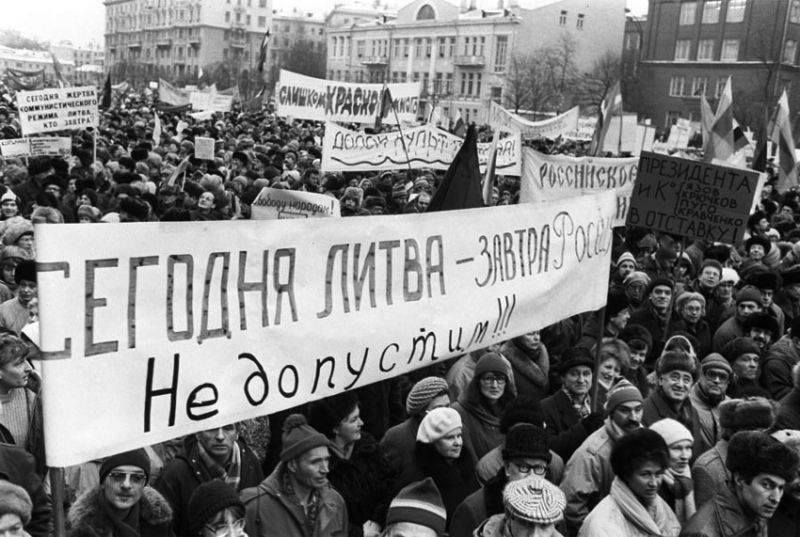 And this is Moscow, hell, yes, yes. Muscovites then also advocated the collapse of the USSR. 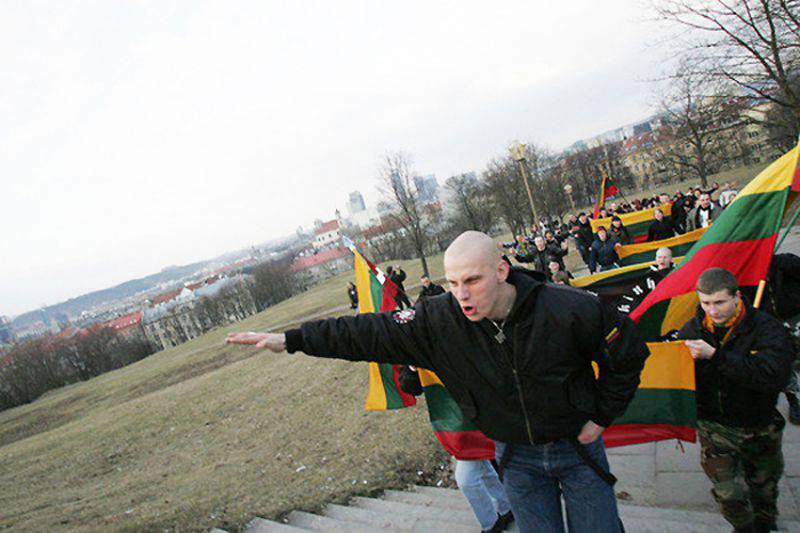 And now - a great finale. Freedom triumphed. Lithuania has become a full member of the European community.
Due to this, its population has been reduced from 3,7 million in 1991 year to 2,5 million - in 2016. Such a rate of extinction did not know any country in the world stories.