January 15 2016
66
The regiment of pilots MiG-29 for service on the "Admiral Kuznetsov" formed and this year will begin to carry out flights, passes RIA News message to the chief of the maritime aviation Russian fleet Igor Kozhin. 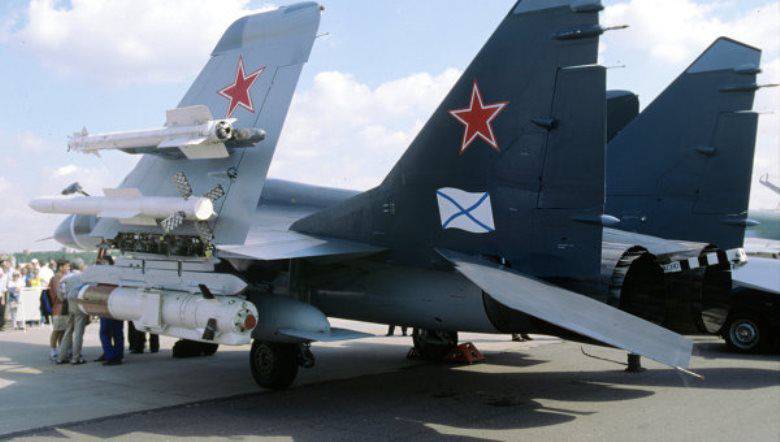 “MiG-29K is a modern machine, a very large scientific potential is realized there. Having received these cars, we received new high-quality armament. The task now is to introduce his landing on the deck as soon as possible, to prepare the flight crew. The regiment, which will be engaged on these aircraft, we actually completed. The task is already this year to enter combat service on the aircraft carrier "Admiral Kuznetsov" - this is very important. This is the main task of 2016 of the year, and I think we can handle it, ”said the Major General.

Help Agency: “From April to August 2015, the heavy aircraft carrier cruiser (TAVKR) of the Admiral of the Fleet of the Soviet Union Kuznetsov underwent a dock repair at the 82-m shipyard in Roslyakovo, Murmansk region. During the time spent in the dock on the "Admiral Kuznetsov" a large amount of technical work was carried out. After repairs at the regular parking in Murmansk, the cruiser was restored to full combat readiness. In November, the ship conducted an air defense exercise in the Barents Sea. ”