January 20 2016
26
Once, a VO reader asked me to talk about the use of Russian steam tractors in a war. The article was found: "G. Kaninsky and S. Kirilets "Tractors in the Russian Imperial Army" ("Technique and armament" 05-2010). But there was not covered a very interesting example of the use of steam tractors in the Russian army in the years of the Russian-Turkish war 1877 - 1878! In general, he who seeks finds sooner or later. And that's what was found on this topic ... 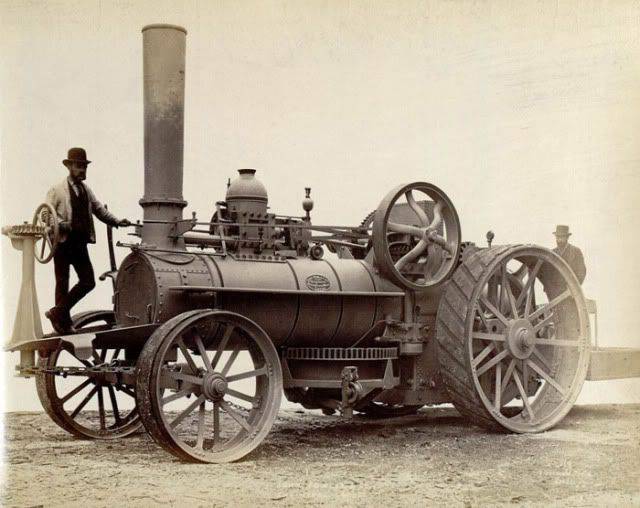 In 1873, two English self-propelled “Fowler” locomobiles with fireboxes on straw were tested in Samara. (http://kraeham.livejournal.com/26054.html)

The wars of the first quarter of the 20th century clearly showed that, in a number of cases, the railway is not able to meet the growing needs of the army in various means of transport. During the war years, 1914 - 1918. the limited scope of railway transport activities and, at the same time, the richest possibilities of the recently appeared car, were particularly evident. It is well known that the low level of the German automobile industry before the war and the underestimation of the motor transport by the German military command during the war itself led to a number of serious defeats for the German army, which largely caused its defeat. It would be appropriate here to recall Curzon's apt words about "the victory of the Allied engines over the German railways."

The classical railway, without losing its value as a powerful means of transport during the war, was forced to make room and give room to the car, this new means of transport, often more satisfying the specific requirements of modern armies.

As is known, the beginning stories the car is associated with the name of the French engineer Kunye, who was still in 1769 - 1770. to build a steam vehicle for transportation of artillery cargo. The experience, however, ended in failure. 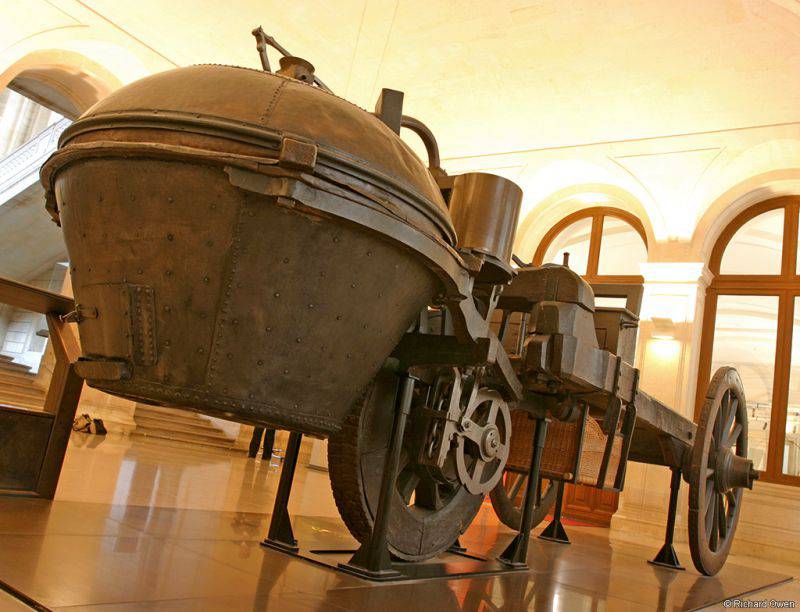 Well, the first case of the practical use of mechanical road transport for military purposes took place almost 85 years after the modest experiments of Künye. In 1854, during the Crimean War, the British used the so-called “road locomotive” (steam haul) of the Boydel system to transport cargo in the Balaklava area. In 1870 –1871, that is, during the Franco-Prussian war, the Germans, borrowing experience from the British, also tried to use tractor traction to transport military goods. To this end, two steam tractors purchased from the British firm Fowler were delivered to the front. 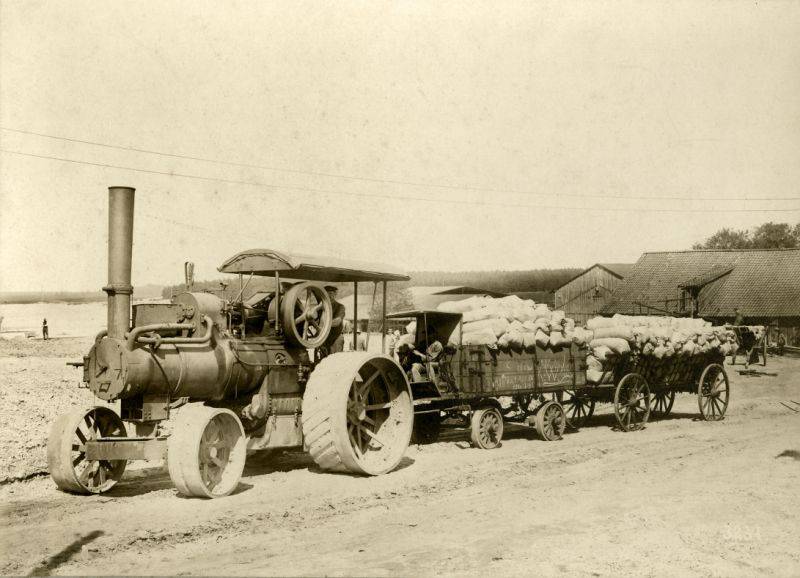 The inept use of these machines and the skepticism of the German command towards them have made these tractors idle for most of the time. During the entire war, they were in operation for no more than three weeks, and the trips were made over very short distances (10 - 15 km). In total, about 120 tons of ammunition were transported using trailers and, moreover, several flights were made to transport food, fuel, etc. Given the large cargo transfers that occurred then in the German army, it must be said that the tractors are then brought no benefit. Despite the unsuccessful experience of the Germans, steam tractors began to gradually penetrate into the armies of other countries, such as Russia and Italy. Although the tractors of that time were still far from perfect. They were a heavy (from 4 to 10 tons) machine with a horizontal steam-type boiler. For every horsepower accounted for 1 ton of tractor dead weight. The fuel used was mainly coke or anthracite. The speed was not higher than 5 - 6 km per hour. After each hour I had to renew the supply of water. With the help of trailers, a tractor could pull a load of 2 – 2,5 times its own weight.

In Russia, the first locomobiles (steam tractors) appeared in 1857, when the firm of Butenop brothers for the first time delivered two locomobiles to Russia: English in 10 hp and German in 8 hp The Ministry of Finance reacted to their work with sympathy and issued a loan in 70 000 rubles for 25 years, and without interest! This helped the brothers to expand their production and establish mass production of various fire-fighting equipment, as well as ... tower clocks. Locomobiles began to be used, but for peaceful purposes.

And then the Russian-Turkish war of 1877 –1878 began, and steam tractors were used as an army vehicle in the Russian army! 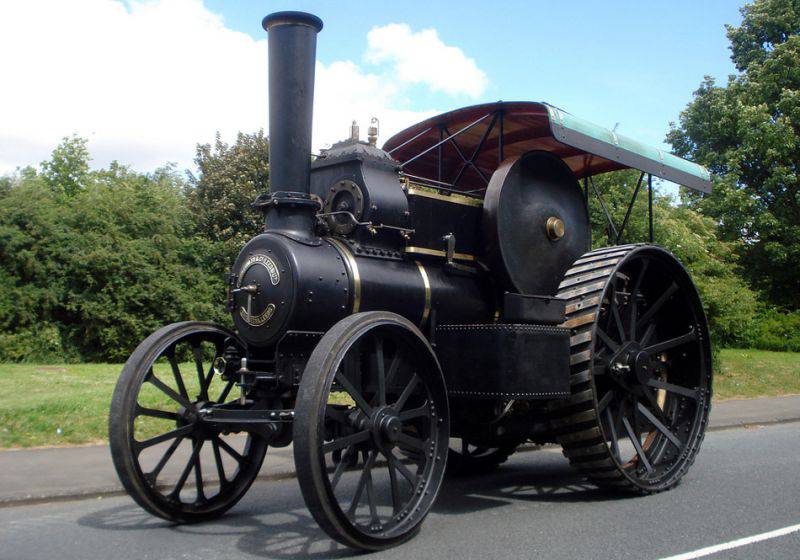 So, Russia was among those countries that were the first to start supplying the army with steam tractors. Moreover, the earliest evidence of the appearance of tractors in the Russian army took place as early as the beginning of the 70s. XIX c. So they began serious tests in 1876, and then, after successful experiments, 8 tractors were bought in England (Porter, Fowler and Clayton firms), and two tractors were built at the Maltsev plant in Bryansk. 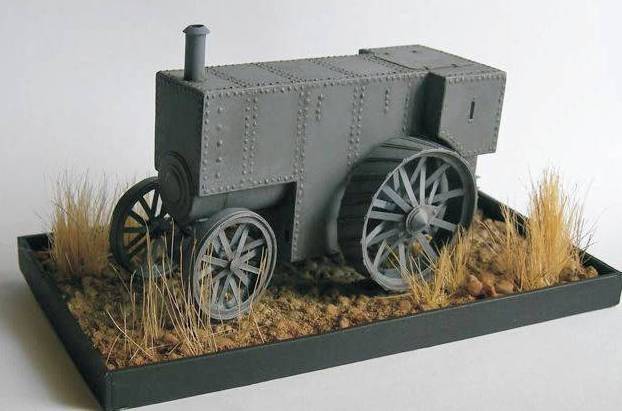 This is how the Fowler B5 tractor looked in 1899 after the British in Africa covered it with armor. Paper model.

By the beginning of the war, the Russian army had 12 steam tractors served by a specially trained team at 54. and marching repair shop. In April 1877, shortly after the start of the war, all tractors were sent to the front. About two weeks later, they arrived at the Bender station by rail. Here they began immediately to transport artillery cargo. During 19 days (from 7 to 25 in May), tractors, working on routes with a range from 2 to 13 km, transported tons of cargo to 358. Then the 9 machines were sent to Slatin, and the rest to the Banyasi station. In Slatina they were engaged in transporting siege weapons and other artillery cargo from the city to the position. From 25 May to 2 June, these tractors transported about 165 tons of cargo. After that, the 4 tractors were self-propelled to the city of Thurn-Magureli, where they arrived on June 13, successfully making their way to 121 km. Here the cars were sent directly to the position - to carry heavy guns. A repair shop with one tractor was used to repair tools and install an electric searchlight.

After the crossing of the Russian troops across the Danube, 19 June, tractors from Thurn-Magureli were self-propelled to Zimnitsa (for 48 km). At the same time, they delivered a steam locomobile with electric lighting equipment. Due to insufficient loading in Zimnitsa tractors by self-propelled went to vil. Parapan (32 km), where for a month (from 15 August to 15 September) they were engaged in transporting artillery shells from Parapan to Petrosani (13 km). In all, 433 tons of shells were transported here. 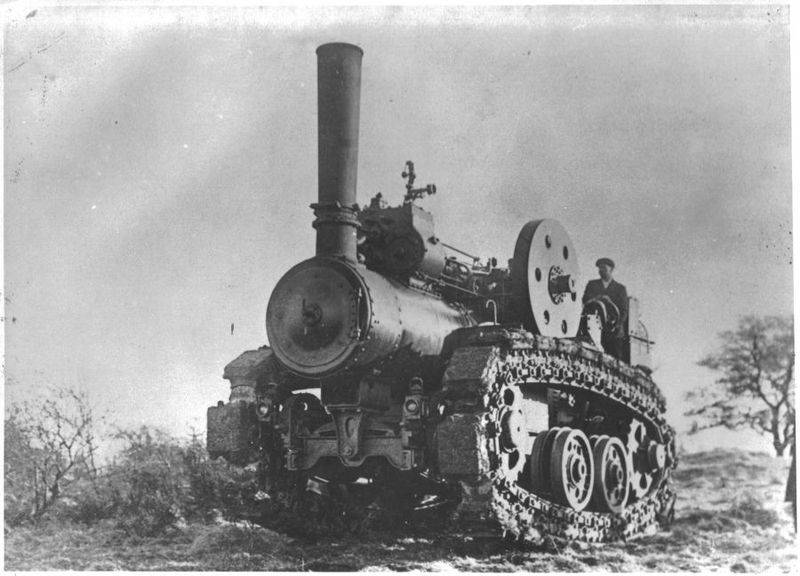 Steam tractor Honsbi. Tests in England, February-March 1910 of the year.

By September 18 tractors were assembled at the Fratesti station. Their further work was complicated by the onset of autumn, which ruined the roads. At that time, only one tractor systematically operated as a locomobile on a pumping station, besides a steamboat and 20 tons of coal were transported from the town of Zhurzhev to the village of Petrosany. The servants who serviced the tractors were mainly engaged in repairing the machines. 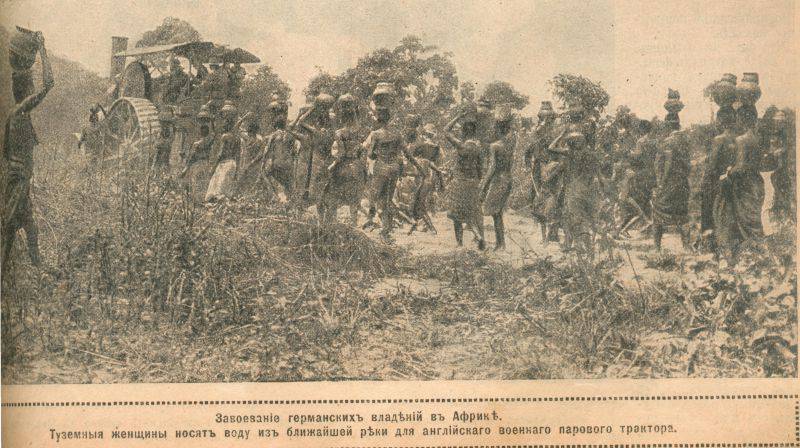 In the spring, in the second half of March, 1878, in accordance with the improvement of roads, the tractors started up again. They worked in the area of ​​Banyasi station, the cities of Zhurzhev and Slobodzei on routes from 4 to 24 km one way. In the quality of cargo carried tools, shells and provisions. From 23 March to 27 June 1878, 4 300 tons of cargo was transported. 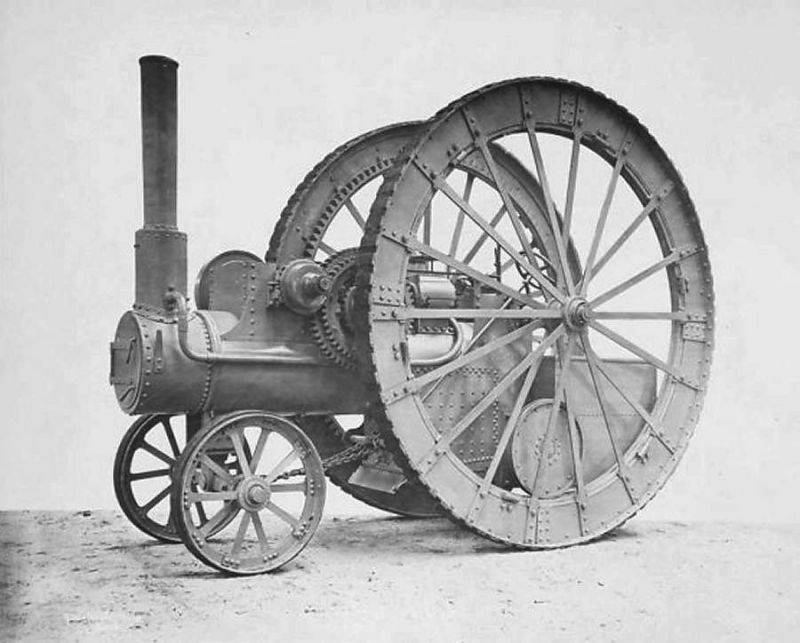 The tractor Fowler 1887 g. For the sake of improving the terrain it was put on 12-foot wheels.

Then the tractors were ferried across the Danube to the town of Ruschuk. Here from 2 July to 11 in October 1878 they transported 4 006 tons of various military goods. On 10, November 1878, the work of the tractors was completed. According to official data for the entire time at the front, 9 300 tons of cargo were transported by tractors. 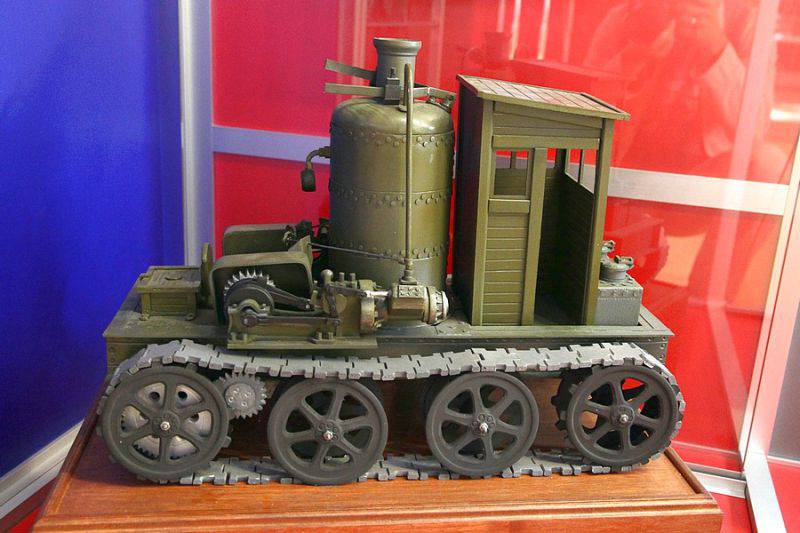 The next stage in the development of this type of transport is associated with the appearance of a car with a gasoline engine and already refers to the period of the “Great War” 1914 - 1918.