Polarnik Georgiy Sedov: The Choice Between Death and Shame 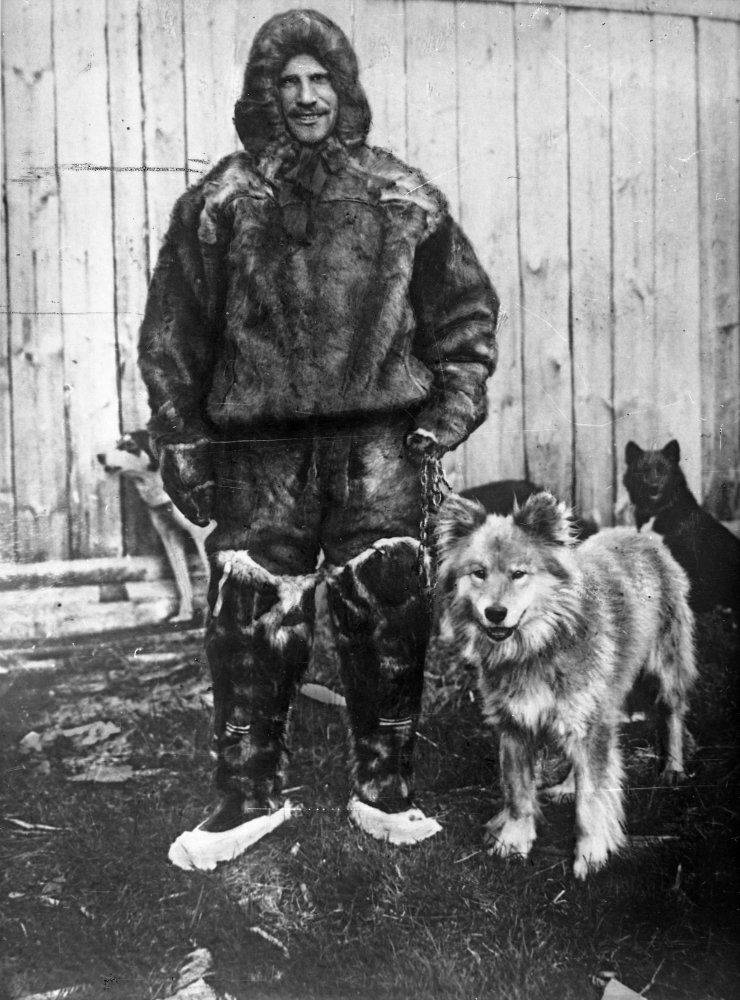 22 April 1902 was entrusted Georgy Sedov to the Hydrographic Administration of the Admiralty's lieutenant. Six months earlier, the 25-year-old son of an Azov fisherman, who began his maritime career as a sailor of the watch, brilliantly passed an external exam for the full course of the Marine Corps. And in the summer, his first expedition to the Arctic took place. How many will be then ...
But all his short life he dreamed of the main thing.

With the world in a thread

In March, 1912, Sedov addresses the Hydrographic Administration with a report: "Many travelers sailed here (to the Arctic Ocean) to find an open sea route to the east, many to open the North Pole ... The human mind was so absorbed in this difficult task, that its resolution, despite the harsh grave, which travelers for the most part have found, has become a sheer national contest. Here, besides human curiosity, the main guiding stimulus is certainly not odnaya pride and honor of the country.

Hot appeals from the Russian people for the discovery of the North Pole appeared during the time of Lomonosov and have not faded until now. We will go this year and show the whole world that the Russians are capable of this feat. "

The idea was supported by a large group of State Duma deputies, who proposed to allocate 50 thousand rubles for an expedition from the treasury. He who knew the polar explorer from the Russo-Japanese War (senior lieutenant Sedov was an active participant in it), the naval minister IK, did not stay aside. Grigorovich. The admiral criticized the estimate compiled by George Yakovlevich, declaring it too modest, and suggested that the costs of the expedition be tripled. However, the Council of Ministers rejected the request for funding. And if it were not for the brother of the publisher of the New Time MA Suvorin, who created the special "Sedovskiy Committee" ...

Scientists, artists, workers, students, and soldiers carried their modest contributions there. Despite the scarcity of the funds collected, 27 on August 1912 of the year in Arkhangelsk, with a huge crowd of people, saw off the old Saint-Martyr Fock vessel with 22 brave ones on board to the North Pole.

Already from the first days, due to the difficult ice conditions of the "Holy Martyr Fok", failures began to be haunted. Hope Sedov collapsed this year to get to Franz Josef Land, from where George Yakovlevich planned to begin a toboggan trip to the North Pole. The heavy ice of the Barents Sea forced 20 September to settle on the shores of Novaya Zemlya, near the Cape Observatory. Sedov was not discouraged. "Our expedition," he wrote in his travel diary, "in addition to reaching the North Pole, pursues even more scientific work, and since Novaya Zemlya, which belonged to our fatherland, needs research, first of all, we will send fresh forces to the detailed and comprehensive study of it. "

Novaya Zemlya held the expedition in ice embraces for almost a year, but it became a scientific testing ground for the hydrograph of Sedov, the geographer Wiese, the geologist Pavlov. The forced "laboratory complex" at Cape Observatory became the main astronomical and magnetic point of the expedition. Georgy Yakovlevich, together with the artist Pinegin, made an inventory of the South Cross Islands. Together with sailor Inyutin went dog sledding to Cape Zhelaniya, in order to carry out route survey of the shores of Novaya Zemlya. The last to do this was Willem Barents in 1594-1597. Based on the cartographic materials of George Yakovlevich, new nautical charts were compiled. Important, exclusive, as they would say today, work ...

But, fulfilling it, he dreamed of the North Pole.

Only on the "Nord"

Finally, the Holy Martyr Foka, which had emerged from captivity, after a few days of sailing, rested again on the perennial ice edge. But much more worried George Yakovlevich "rebellion on the ship." “Today,” Sedov wrote in his diary, “the officers gave me a good gift: they said through the watch officer to return. I was very surprised at first, and then I was upset about exactly what they had to refuse.”

Returning to Russia meant for him to turn from a brave and honest sailor into a mockery of the “white bone”. Therefore, Sedov did not see another way out, how to go to the pole, even if this is tantamount to suicide
He has already made a decision.

15 February 1914, Sedov and the two most devoted sailors to him, Grigory Linnik and Alexander Pustoshny, loaded the limited supply of food on dog sleds and took a course to the north.

“Sedov quite clearly realized that returning him to Russia without a serious attempt to reach the pole would be tantamount to moral death,” the geographer Wise subsequently wrote in his diary. “There is no return home — there are his enemies waiting for him, who will close all the doors for him and forever put an end to all the dreams of the great work of a researcher, a sailor, and Sedov devoted his whole life to this work.

Returning to Russia - for Sedov, this meant turning from a brave and honest sailor into a mockery of the “white bone”. Therefore, Sedov did not see another way out how to go to the pole, even if this is tantamount to suicide. It was impossible to break this will, which chose between death and disgrace first. "

A few days later, the path of George Yakovlevich was no longer able to fight scaling. Kicked off the disease and his two companions. Lying on the sleds, losing consciousness more and more often, he, waking up for a moment, glanced at the compass needle, stubbornly looking strictly at the "North" ...

5 March 1914 of the year, near the island of Rudolph, the great polar explorer and patriot George Yakovlevich Sedov died at the age of 36 years. Two faithful comrades buried him on the island. Two weeks later they returned to the board of the “Holy Martyr Phocas”.

“We were standing in silence,” Nikolai Pinegin recalled in the book “George Sedov,” only the dogs squealed and joyfully squealed. So this is how the expedition ends, this is where Sedov's faith in the star led ... How the stars cheat us. "

PS 17 August 1977, the nuclear vessel "Arctic" reached the North Pole. The shaft of the state flag of the USSR, installed on the ice, was sealed by polar explorers with a fragment of the shaft of the “Sedovsky” flag of Russia.

Ctrl Enter
Noticed oshЫbku Highlight text and press. Ctrl + Enter
We are
Polar explorer. George Yakovlevich SedovDon Service Komarich 1646 of the Year
9 comments
Information
Dear reader, to leave comments on the publication, you must to register.