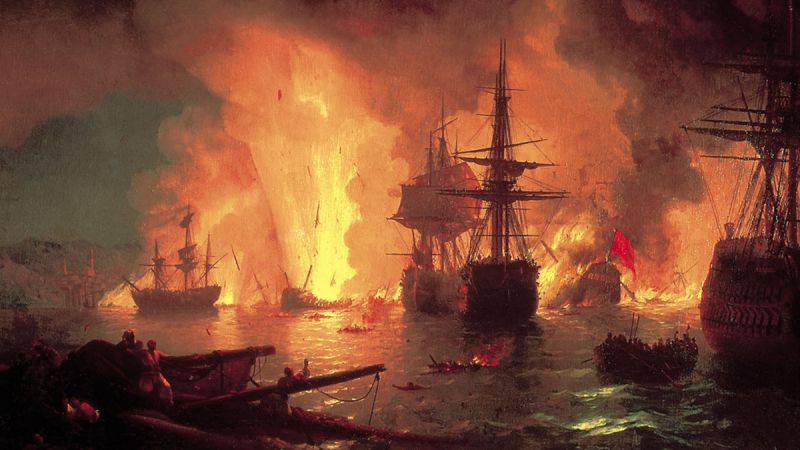 Usually, the attention of researchers is drawn to the experience of military leaders and admirals who are seeking victory with a decisive onslaught. For example, in the naval battles of the sailing era, the innovations of FF are well researched. Ushakov, concentrating the fire of a squadron on the enemy’s flagships, covering the head of the line of his ships, cutting through them. However, completely different methods of action led to success in sea battles, among them defeating the enemy while repelling his attack. Most often, this technique was used to win a little blood. Vasily Yakovlevich Chichagov carried out such tactics.

Vasily Chichagov, a native of the poor nobles of the Kostroma province, was born on February 28 of the year 1726. After graduating from Navigatsk school in Moscow, he entered the navy as a midshipman, distinguished himself in officer ranks during the Seven Years War (1757 — 1764). After that, he was sent to Arkhangelsk, where in 1765 he was appointed the head of a secret expedition, which was to go on three medium-sized ships through the Arctic Ocean to the Aleutian Islands. 3 July 1765, following the instructions prepared by Mikhail Lomonosov, the Russian ships, trying to break through to the north, reached 80 ° 26´ of northern latitude, thus breaking the Hudson record. The further way was impossible. Of course, it was very difficult to achieve success in such voyages in the 18th century, and Chichagov can be credited with the fact that he managed to return all vessels with crews, from the age-old ice edge to its native shores, without loss. In addition, Vasily Yakovlevich proved that such a task is beyond the power of wooden sailboats. His opinion was taken to attention, and the Russian government for a long time stopped sending expeditions with similar tasks. 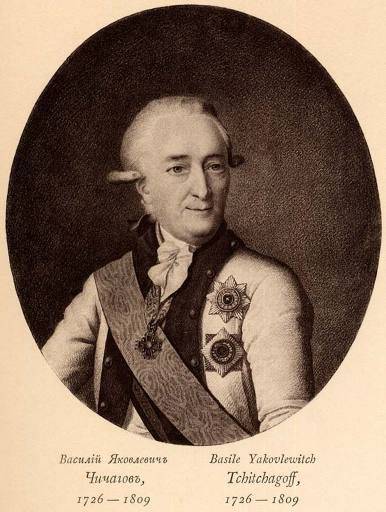 As the chief commander of the Arkhangelsk port, Chichagov fought against abuses with all his might. With the outbreak of the Russo-Turkish War of 1768-1774, Vasily Yakovlevich did everything possible to increase the capacity of local shipyards. In addition, he organized the training of crews of newly built ships for the Baltic fleet, and in 1772 led one of the squadrons created there, which he transferred without loss to the Mediterranean Sea. Upon returning from this voyage, Chichagov became the chief commander of the first Revel port, and then Kronstadt. Thanks to his efforts, the ships leaving for the Mediterranean Sea were well prepared and all successfully reached the goal. Rear Admiral Chichagov received baptism of fire as a flagship in the Black Sea. At the end of spring 1774, the squadron of the Azov Flotilla, consisting of three frigates and two small flat-bottomed ships under his command, cruised at the entrance to the Kerch Strait. On June 9, a Turkish squadron of 5 ships, 9 frigates, and a large number of small sailing and rowing ships appeared. Despite the superiority of the enemy’s forces, the Russian sailors did not allow him to enter the strait.

After the Russian-Turkish war of 1768-1774, Chichagov for a number of years commanded squadrons in the Baltic and the Mediterranean. Reasonable forethought of the flagship and his concern for people allowed him to minimize losses in people and ships during the difficult voyages of that time. In the spring of 1789, the admiral took command of the Baltic Fleet, whose forces stood in Reval, Kronstadt and Copenhagen. In order to successfully fight the Swedish fleet, under the conditions of the new war, Russia needed to unite the Revel and Kronstadt squadrons, then go to sea and attach ships from Copenhagen to them.

However, there were many recruits aboard the ships of the Kronstadt squadron. Chichagov, despite the constant pushing from the capital, delayed the release of ships at sea for several months, preparing the crews. His fleet left the port of July 2 and four days later joined the battle with the enemy fleet near the island of Öland. Chichagov did not recklessly rush to the attack on the enemy. He maneuvered and fought with the Swedish ships, awaiting the approach of a squadron from Copenhagen, in order to be clamped by superior enemy forces from two sides. The Swedes did not wait for this and took refuge in Karlskrona.

So Chichagov achieved dominance in the Baltic without a bloody battle. Vasily Yakovlevich led the fleet to the Russian shores and, preserving the ships, confined himself to blocking the enemy’s bases, conducting reconnaissance, protecting commercial ships and supporting the actions of the rowing fleet in the skerries, which was quite a reasonable strategy. But such actions caused a certain discontent in Petersburg, craving for loud spectacular victories. 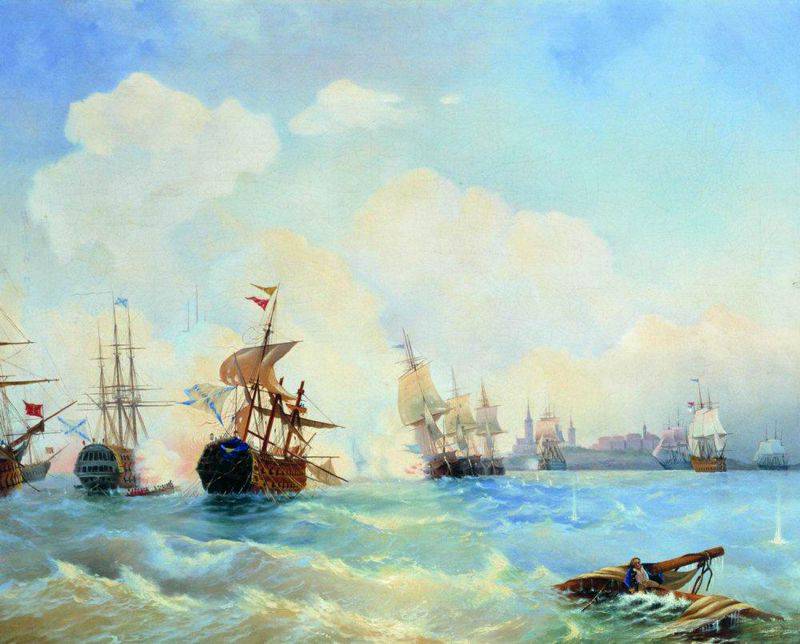 Russian troops in Finland did not take advantage of the favorable situation that was achieved at sea, and showed passivity. This gave Sweden a breather, and in the spring of 1790, King Gustav III launched another offensive. His admirals planned to break up the Russian squadrons separately, after which they would land troops at Oranienbaum in order to dictate their demands to the Russian court. On May 2, the Swedish fleet as part of the 21 of the battleship and the 6 of large frigates (1700 guns in total) attacked V.Ya. Chichagov on the roadstead Revel. The Russian admiral had a total of 10 linear and 2 bombing ships and 5 frigates with 870 guns. In three lines at anchors, he built his squadron in such a way that its flanks were covered with shoals and serf guns. Unable to bypass the Russian squadron, the Swedes were forced to maneuver under the shelling of our ships. At the same time, the Russian sailors who were not tied up by the control of the sails, fired as if on exercises. As a result, part of the royal ships was seriously damaged, one of them sat on the reefs and was burned by his crew, and the "Prince Karl" lowered the flag. The Swedes retreated into the sea and began to cruise at Revel, not daring to repeat the attack. Then came the order of the king, recalling them to the Vyborg gulf to cover his rowing fleet.

Preparing a landing operation, the Swedish fleet approached the southern coast of the Gulf of Finland, where the Kronstadt squadron in the Krasnogorsk battle, which took place from 23 to 24 in May, stood up under the pressure of the superior forces of the enemy. Meanwhile, the admiral led the Revel squadron into the sea, and its appearance in the rear caused the Swedes to re-enter the Vyborg gulf. There they were blocked, united under the flag of Chichagov, by the forces of the Baltic Fleet. Once again dominance of the sea took possession of the Russian fleet.

Seeing such a clear superiority of his fleet over the enemy, the court of Catherine II expected a decisive attack by the Russians. However, Chichagov, despite persistent promptings from the capital, waited. The enemy ships turned into a line beyond the ridge of islands, among reefs and shallows, which were not mapped. Attacking them under gun fire, and even between navigational obstacles threatened with heavy losses. Therefore, the admiral chose the tactics of harassing the enemy. Russian troops did not allow the advance of the Swedes by land on St. Petersburg, the fleet did not allow the enemy to bring ammunition, food and water. Chichagov set up detachments of his ships in all the main aisles among the skerries in order to interrupt any enemy communications by sea.

For almost a month he was squeezing the blockade ring, waiting for the galley fleet to approach the enemy in a joint attack. But Vice Admiral K.G. Nassau-Siegen, detained by unfavorable winds, led its ships to the Strait of June only 21. Here he did not coordinate the actions of the rowing fleet with Chichagov, but immediately attacked the Swedish ships, hoping to gain the laurels of a winner. However, by the end of the day the wind had changed to favorable for the Swedes. Then Gustav III decided to go for a breakthrough.

His ships made their way through the wake, but met two detachments, set up by Chichagov in the strait, and suffered sensitive losses. Some of them ran aground, and their crews surrendered. Part died in the flames of their own firefighters. Two more ships of the squadron Chichagova captivated after the pursuit, and the remaining blocks in Sveaborg, where they took refuge, having lost hope of a breakthrough to their shores. This victory could be more complete if Nassau-Siegen began to act against rowing ships with Swedish troops. But the passionate vice-admiral rushed in pursuit of sailing ships and allowed these ships to slip into the skerries. 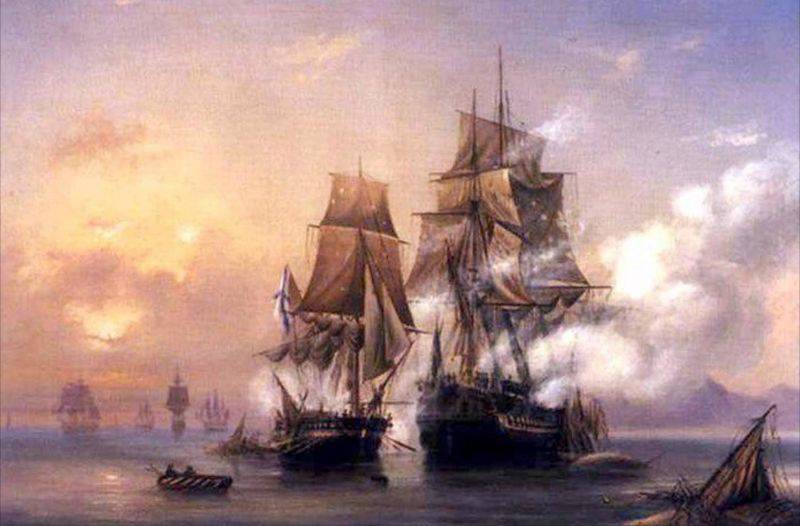 Of course, V.Ya. Chichagova to a certain extent was forced. Her principles were dictated by the frequent lack of strength and the constant acute shortage of experienced sailors, which forced him to avoid a decisive battle. At the same time, compensating for the incompleteness of his forces with the help of local coverings, he achieved superiority over the enemy, saved his ships and the lives of Russian sailors, achieving the solution of the main, in his opinion, task - the rule of the Russian fleet at sea, which greatly contributed to the success of the ground forces. important for such a theater of war as the Baltic. 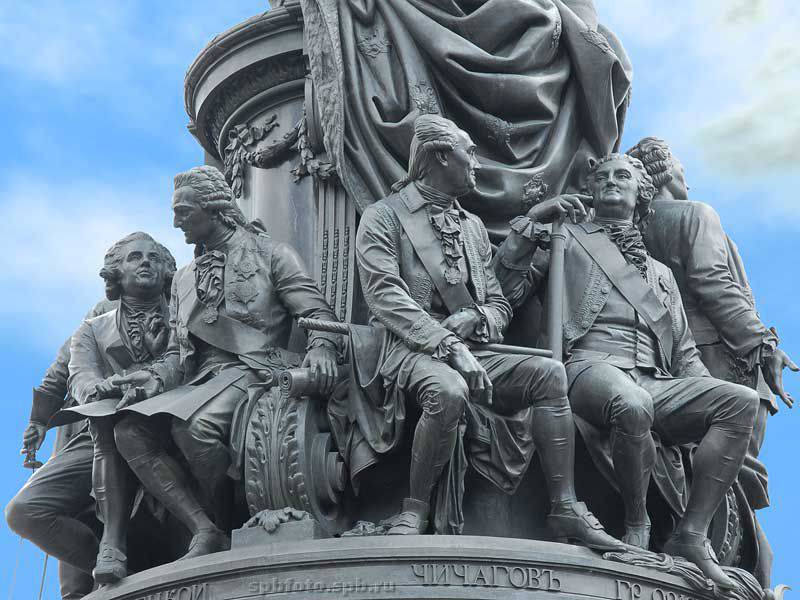