Media: the Russian army showed an increase in legal awareness

January 14 2016
60
Over the past 5,5 years (from 2010-th to June 2015 g), the number of crimes in the Armed Forces of the Russian Federation continues to decline, but over the past 2, the number of unauthorized abandonment of units and desertion has increased, Kommersant Rosstat data. The Defense Ministry said that these statistics do not reflect the real situation. 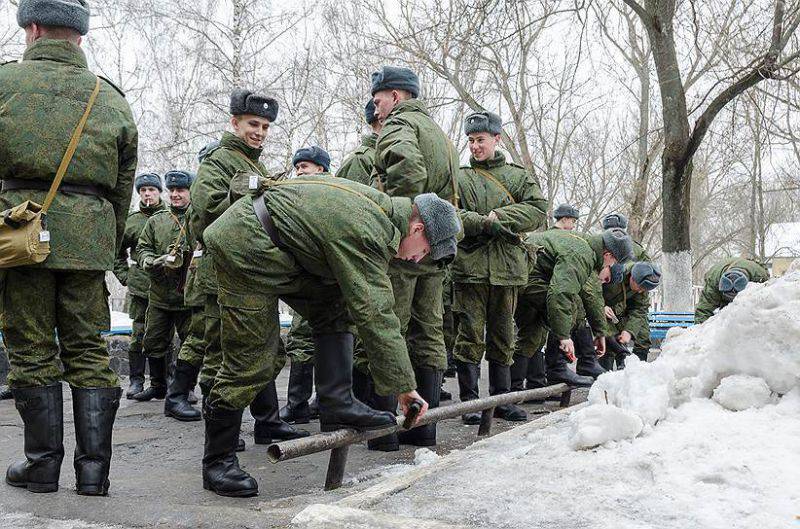 “Data on the state of crime among military personnel from Rosstat was requested by Ella Polyakova, a member of the presidential Human Rights Council (HRC). The response, signed by the head of the statistics department of trade and services Rosstat Marina Sabelnikova, contains data for the last five years. We are talking about recorded violations of Art. 328 of the Criminal Code ("Evasion of military service") and articles contained in Ch. 33 of the Criminal Code, which lists crimes against military service, "- says" Kommersant ".

According to the above data, “the overall crime rate among military personnel over the past five years continued to decline, for example, in 2010, 698 cases of military service evasion were recorded, and 2013 already had 512 cases. In January-June 2015, 508 was recorded in such cases. ”

According to Polyakova, “against the background of successful dynamics, there is an increase in the number of crimes related to desertion and evasion from military service by simulating a disease or by other means.”

“The published data suggest two possible conclusions: the servicemen may have left the unit trying to avoid ill-treatment by the officers or being sent to participate in the conflict in the south-east of Ukraine,” Polyakova believes.

The human rights activist recalled the 5 case of contract soldiers of the Maikop brigade, who were sentenced for desertion in December. “The convicts served at the Kadamovsky training ground in the Rostov region and left it, believing that they could be sent to the Donbass,” she said.

Ctrl Enter
Noticed oshЫbku Highlight text and press. Ctrl + Enter
We are
80 "human rights" organizations advocate exclusion of the Russian Federation from the UN HRCUNHCR adopted Russian resolution on human rights
60 comments
Information
Dear reader, to leave comments on the publication, you must to register.