Who is the crap for the Americans?

January 15 2016
55
This year, the security situation in Afghanistan will worsen. This is due to the poor fighting ability of the local army. This information is contained in the secret report of NATO, which fell into the hands of journalists of the German publication "Spiegel". The document explicitly states that the army of Afghanistan does not fulfill its functions. Some Russian experts believe that the publication of the report indicates the desire of the West to completely stop supporting the Afghan government. 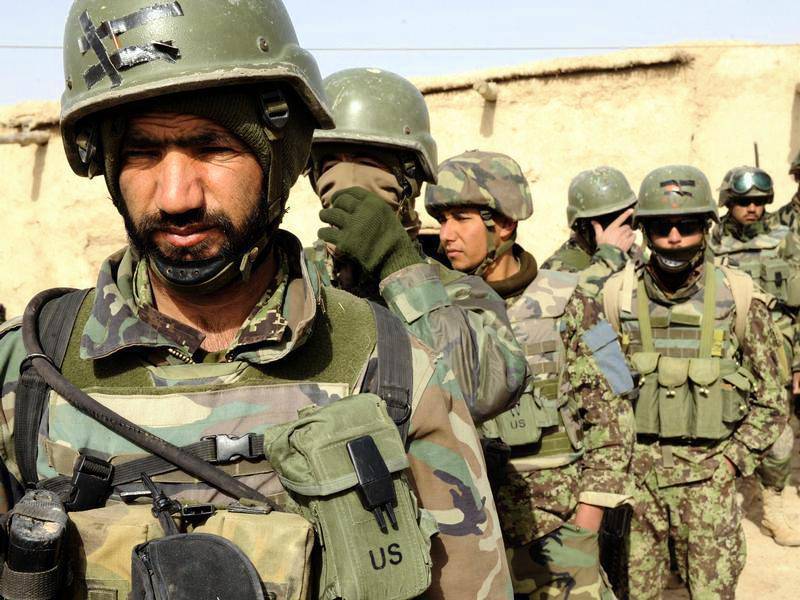 Look in the German magazine "Spiegel". A short submission from 9 in January 2016 describes the secret NATO report, according to which the North Atlantic Alliance expects a serious deterioration in the security situation in Afghanistan.

The secret document contains warnings to the military that, despite the international multi-billion dollar spending on the creation and support of the Afghan army (ANA), it can hardly be used. This is not even about the effective use, but in general about the performance of its functions by the local army. The text provides some examples.

Only 1 from the 101 infantry unit of Afghanistan is fully combat-capable, while 38 is characterized by “multiple problems”. Ten battalions, each comprising about 600 military personnel, are identified as “incapable”.

Particularly "dramatic" is the report of the American General John Campbell, the commander of the NATO mission. According to him, the situation with combat readiness is especially bad in the south of the country: there the Taliban control all large territories.

Of the seventeen battalions of the 205 Corps of the Afghan Army, which is stationed in Kandahar and Zabul, only a dozen are suitable for participation in battles, and the general reduces their participation to “limited”.

In the same areas, the Afghan army suffers heavy losses. According to statistics, 22 soldier dies every day. The total number of losses killed in 2015 a year exceeded 8 thousand people (an increase in losses by 42% compared to last year).

The death of a soldier is not the only problem. For the Afghan army is characterized by a large number of deserters. The latter either flee the army, experiencing "disappointment," or even go to the Taliban. In this way, the army loses up to a third of its fighters every year!

The past year brought the Taliban victory. After the withdrawal of the international contingent in accordance with the mandate of the ISAF, a significant part of the Afghan territories again came under the control of the Taliban. They were able to oust government forces from the southern provinces of Helmand and Kandahar. In addition, the Taliban seized territories in the northern provinces of Kunduz and Badakhshan. As Spiegel points out, in some large territories, Islamist militants can move almost freely.

The publication reminds that last September, the Taliban captured the capital of Kunduz province, where the German Bundeswehr military camp was located in 2006-2013. And only two weeks later, the Afghan government forces were able to win back the area in which 300.000 urban residents live.

So, let us add, in the large Western press, a “secret” report has come up that contains the sad conclusions of the American and NATO military about the mission to NATO. The Afghan army, quite simply, is not combat-ready. It can not perform its functions, and if it can, then only in a "limited" form (John Campbell will not lie). In addition, this army is characterized by massive desertion, with many fled warriors then joining the Taliban, which controls the occupied territories.

In essence, NATO brought the dismal results of many years of ISAF activity. The operation in Afghanistan, part of which was the creation and support of a full-fledged Afghan army, effectively opposing the Taliban, the NATO forces at the head of the United States failed shamefully.

But why bring shame on people? Probably, the "draining" of the secret document makes Russia understand: the West, which has embarked on a withdrawal of troops from Afghanistan, completely refuses to continue the operation. And this means that it will be necessary to protect ourselves from the Taliban, as well as from the militants of “IG”, who also operate in Afghanistan, Russia and some CIS republics. In fact, NATO is bringing Russia to the “2.0 Afghanistan”: Moscow is participating in the war in Syria, and now it will have to confront the Taliban and the IG in the Afghan direction.

“In my opinion, the report appeared as a rationale for the West’s termination of support for the Afghan government,” said "Free Press" Specialist in Central Asia and Afghanistan, Dmitry Verkhoturov. - Arguments are being developed why NATO and the Americans should flee from Afghanistan. Of course, the West has invested a lot of money and spent a lot of time, in theory, an army in Afghanistan could already be built. So, the main problem is not that the Afghan army is inefficient, but in the initial absence of desire from NATO. Creating a good army was not a priority. Afghans themselves said that they were not given heavy weapons and in every way prevented the strengthening of the combat capability of the troops. NATO countries themselves held back the development of the Afghan army, and now they say it’s to blame for everything. ”

The expert believes that over the past fifteen years, Americans could solve the problem with the radicals. If it has not been solved yet, then this was not their main task, he said.

Andrei Grozin, head of the Central Asia Department of the CIS Countries Institute, believes that Russia will have to face the consequences of the lack of a clear strategy in Afghanistan for the West.

“Americans, by and large, think how to escape from the country,” the expert believes. - The US is talking about maintaining presence. But it may happen that they will have to urgently evacuate, as in their time from South Vietnam. And it is clear that not all puppets who sit in the government quarter of Kabul will be able to drop into the last helicopter. ”

So, Russian experts believe that the Americans are trying to find a "substitute" for themselves in Afghanistan, that is, to transfer the arrows of the endless war to the border states and finally to Russia. Like, you are interested in stability, and you fight with the Taliban.

As for the “secret” report, it does not say a word about what huge amounts of money were spent on NATO and why the Afghan army turned out to be so ineffective against the Taliban. Obviously, the Americans, like their ISAF colleagues, did not want to create a strong army in Afghanistan. The goal was, most likely, not to “democratize” Afghanistan and not to make it a full-fledged state, but to cash in on war and drug trafficking. When the financial crisis came, and then the scandals connected with large embezzlement of funds by participants of the US contingent began to be covered in the press, as well as the “disappearance” of millions and millions of dollars that went to Afghanistan under Pentagon contracts, the decision was made to gradually roll back. This folding is also conveniently incorporated into the “peacekeeping” activity of the Nobel Prize winner Obama.

And now Moscow clearly indicates: you need security at the borders - you are the crap behind us and rake.

Observed and commented on Oleg Chuvakin
- especially for topwar.ru
Ctrl Enter
Noticed oshЫbku Highlight text and press. Ctrl + Enter
We are
"IG" in Afghanistan. Will the war come to Central Asia?Situational analysis of the death of the MH17 flight (Malaysian Boeing 777), made on the basis of engineering analysis from 15.08.2014
55 comments
Information
Dear reader, to leave comments on the publication, you must to register.