January 14 2016
33
A special unit of the Ministry of Internal Affairs of Afghanistan, with the support of helicopters, destroyed a drug production plant in the province of Badakhshan, reports Interfax-AVN post agency Pajhwok. 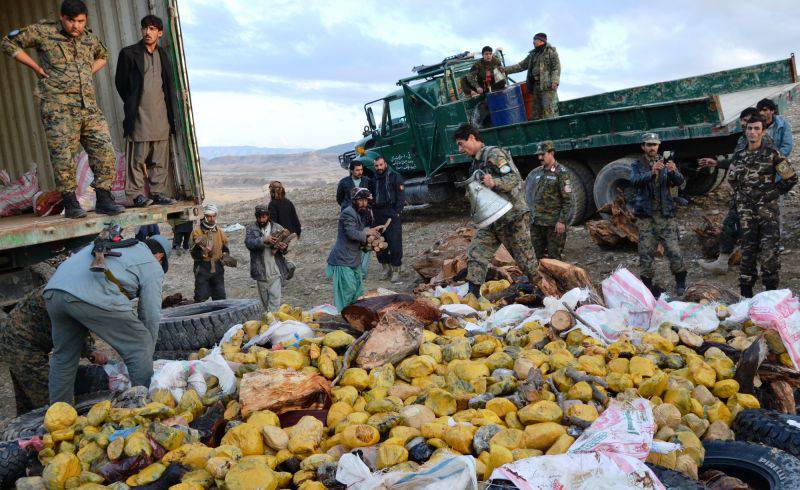 “The operation was carried out in the district of Daray by the fighters of the special purpose unit of the Ministry of the Interior of the IRA,” said Musdakullo Muzafari, head of the police department.

According to him, “as a result of this special operation, 1 ton of heroin, 1500 liters of morphine, 30 liters of acid were seized.”

It is also noted that "the operation was carried out with the use of four helicopters in the village of Turgani, the district of Daray."

Other details of the special operation are not reported.

Ctrl Enter
Noticed oshЫbku Highlight text and press. Ctrl + Enter
We are
Results of anti-terrorist work on Dagestan in April 2014Review of special operation in Khasavyurt 5 May 2014
33 comments
Information
Dear reader, to leave comments on the publication, you must to register.