New terrorist attack in Turkey: an explosion at a police station in the province of Diyarbakir

January 14 2016
29
Another terrorist act occurred in Turkey. This time a car filled with explosives was blown up. The attack occurred in the south-eastern province of Turkey - Diyarbakir, populated mainly by ethnic Kurds. In the same province is an American air base. The explosion took place in the vicinity of the police station. 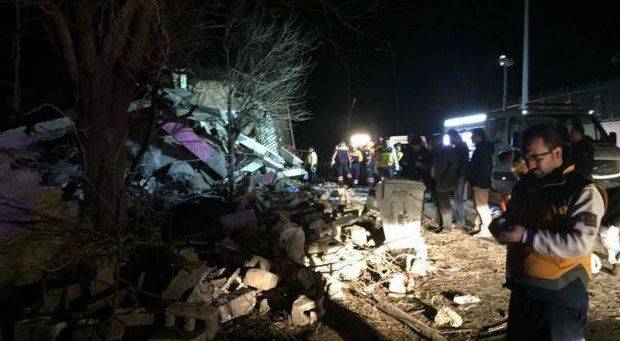 At the moment, none of the groups has claimed responsibility for the attack. However, official Ankara, even before the beginning of the investigative process, stated that the attack was staged by representatives of the Kurdistan Workers' Party, banned in Turkish territory.

It should be recalled that in a number of provinces in Turkey, populated mainly by Kurds, Turkish security forces for several months in a row conduct a military operation using armored vehicles. During this time, more than a hundred members of the civilian population, including women and children, died.

Ctrl Enter
Noticed oshЫbku Highlight text and press. Ctrl + Enter
We are
Undermining a car bomb at a police station in the province of Diyarbakir (Turkey)
Military Reviewin Yandex News
Military Reviewin Google News
29 comments
Information
Dear reader, to leave comments on the publication, you must to register.