Painting and insulation works are completed at Admiral Kasatonov

January 13 2016
36
On the frigate Admiral fleet Kasatonov ”(project 22350), being built at the Severnaya Verf shipyard, the main painting and insulation works have been completed, reports MIC with reference to the press service of the enterprise. 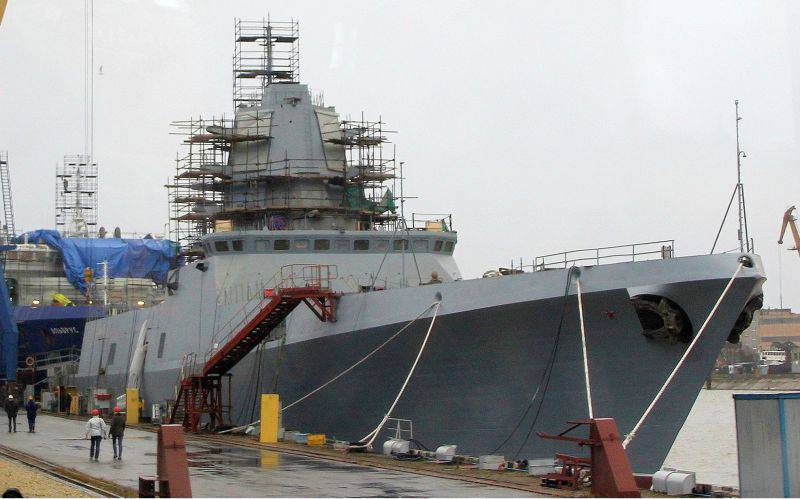 “Electromechanical equipment was mounted on the frigate, power was received from the shore, production of general ship systems is being completed. Shipbuilders prepare all the tanks of the ship under the reception of water, fuel, oil. Electrical work is now being done on the frigate, ”the release says.

The Admiral of the Kasaton fleet was launched in December 2014. The lead ship of the series Admiral of the Fleet of the Soviet Union Gorshkov is now in state trials.

Manufacturer Help: “The 22350 frigates of the project are designed to conduct combat operations in the ocean and sea areas against surface ships and submarines of the enemy, to repel attacks of air attack weapons, both independently and as part of a compound of ships.

Ctrl Enter
Noticed oshЫbku Highlight text and press. Ctrl + Enter
We are
"Admiral of the Fleet of the Soviet Union Gorshkov" of the 22350 project - transition from St. Petersburg to KronstadtSevernaya Verf Shipyard will launch the third serial corvette of the 20380 Stable project in May
Military Reviewin Yandex News
Military Reviewin Google News
36 comments
Information
Dear reader, to leave comments on the publication, you must to register.