January 14 2016
100
To put it mildly, it is very regrettable that instead of real achievements in the country's space industry, once again we have to talk about large-scale embezzlement. An audit of the economic activities of the Federal Space Agency (Roskosmos) revealed an astronomical amount of theft in the amount of at least 1,5 billion rubles. But this is not at all the “astronomy” that I would like to talk about in relation to the activities of the “space” bureaucratic apparatus ...


So, during the inspection, the checking structures found out that the amount of misuse of funds in Roscosmos amounted to almost half a billion rubles. A check began with a memorandum from the head of the Russian Space Systems OJSC, Andrey Tyulin, about embezzlement at the 160 office of millions of rubles. After identifying the facts of misuse of funds in the department, Andrei Tyulin made a statement to the Ministry of Internal Affairs. The statement said that it was necessary to verify the concluded contracts with the Center for Expert Support LLC (CESC). The contracts did not have a direct relationship to the development of outer space, and concerned the implementation of work on the connection of power supply systems to the RCS sites by the CESC staff. Andrei Tyulin says that no work on the fact was done, and the money simply flowed into the CESC. Who should be responsible for the fact that this money flowed away without carrying out the whole range of work is a separate question, and it should be asked to the head of OJSC RCS, who seems to be a manager, not a statistician ...

In the Ministry of Internal Affairs with the statement of Tyulin familiarized, and the work, as they say, boiled. The certifying flywheel was set in motion, and the check came not only at the RCS, but also at the Federal Space Agency. In its course, it was possible to establish that OJSC RKS itself had to create for Roscosmos resistant to the destructive influence of the space environment (to various types of radiation) electronic component base. The project was planned to allocate 7 billion rubles, of which 5 billion - state budget funds. The first payment in OJSC "RCS" arrived in the amount of 1,5 billion rubles. The further fate of the work on the above component base is difficult to see through the haze of fog. One thing is known: while the Roskosmos leadership was changing, no results were presented for the allocated amount. There are no results, but the money is sort of mastered, and they, as provided on credit, bring interest to someone.

After the establishment of these facts, the investigation also bothered with the question of who actually is the recipient of the profits from the amount provided for scientific research. It took care of it, but, apparently, it turned out to be somewhat difficult to name real names for the investigation. It was decided to make a truly Solomon decision: to declare as suspect the one who, by definition, cannot give an answer. The late Ex-head of Roscosmos, Vladimir Popovkin, was “elected” by this person. The investigating authorities say that it was Popovkin who stopped the process of project implementation. And to obtain exhaustive evidence of such a version, the leading Roscosmos managers, who previously worked with Vladimir Popovkin, are being questioned today.

Taking into account all the recent trials and decisions made on high-profile corruption and fraud cases, it can be assumed that in this case it is senseless to expect the return of a half billion rubles to the budget. The late Popovkin will not say anything, and therefore for all those who are involved in the frauds with the allocated funds, he is an ideal figure who “will take the inevitable blow of justice on himself” ...

Frankly speaking, it is naive to expect that the money withdrawn from one or another strategically important project “to the left” will return to the treasury. It is naive for the simple reason that for some time economic crimes are considered to be almost childish prank. And the degree of punishment for criminals, taking away taxpayer funds by billions, is truly ridiculous. A fine of some vague 100 thousand rubles for fraud in an amount that exceeds the amount of the fine a thousand times - how is it? Who is the author of this unique logic? .. It turns out this way: steal, walk and count on the most humane court in the world? ..

Of course, it is impossible to talk exclusively about corruption and fraud in the same space industry. Yes, there are honest, professional people, as in any other field of activity. There are achievements and successes. 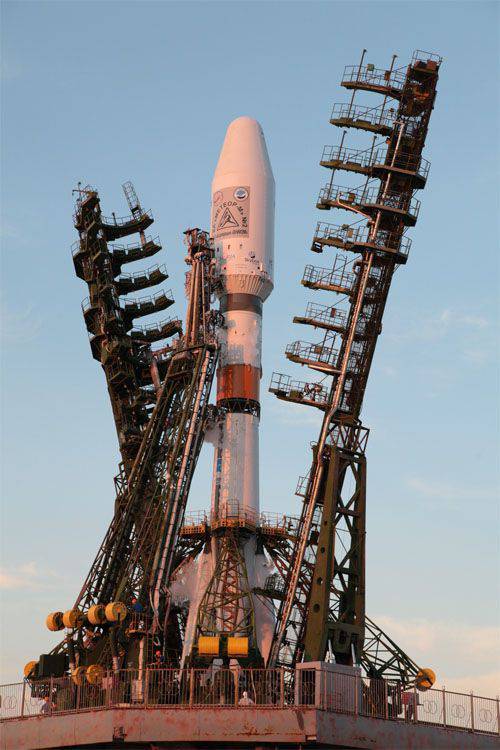 In particular, a LAN has been created at the Vostochny cosmodrome, and preparations are underway to assemble a launch vehicle designed for launch from this launch pad. The testing of the Angara is continuing. At the cosmodrome "Baikonur" Roscosmos specialists are preparing the mission ExoMars-2016. This work is being done jointly with the staff of the European Space Agency. There is a planned operation of the International Space Station.

However, the information that another billion was “lost” during the implementation of an important project again gives rise to reflections on actual impunity for those who, with their criminal actions, not only defame the honest names of scientists, engineers, and those responsible for the project, but also discards the national astronautics. from the path of competitiveness. After all, today, at first glance, everything is relatively good: even Americans cannot fly into space without Russian missiles. But is everything done to ensure that the Russian technological advantage tomorrow is not turned into ashes by those for whom the thirst for personal gain is above the country's strategic interests? ..

Ctrl Enter
Noticed oshЫbku Highlight text and press. Ctrl + Enter
We are
Results of the week. "Go on a horse, a century of will not be seen!"New plants and workshops in Russia in 2015 year
Military Reviewin Yandex News
Military Reviewin Google News
100 comments
Information
Dear reader, to leave comments on the publication, you must to register.