January 13 2016
75
In the US, work continues on improving (bringing to mind) the “stuffing” of the newest multi-purpose military aircraft F-35. Magazine Defense News reports that the developers are trying to finalize the pilot's seat. The completion of this element of the "filling", as reported by the publication, will take at least two years. Begin the process of finalizing the chair Martin-Baker US16E started after during the ejection tests it was found out that the seat could seriously injure a pilot with a relatively small body weight (this is a mass less than 61 kg). 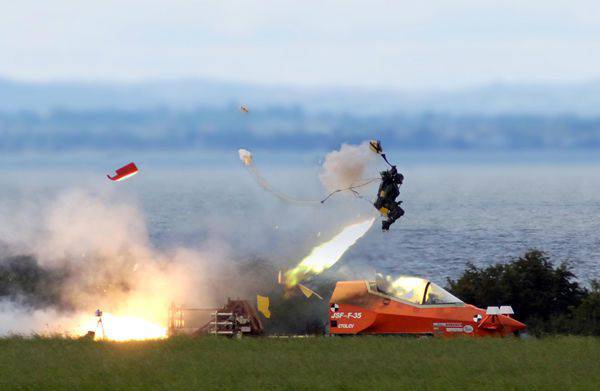 A large risk of damage to the cervical vertebrae of a pilot with a relatively low body mass appears at the time of opening the parachute. In this regard, the Pentagon initially decided not to allow pilots weighing up to 61 kg before piloting the F-35. Subsequently, the developers were sent a wish aimed at changing the mechanism of ejection.

New improvements will add to the cost of the entire project about 2 billion more dollars. The total amount of the project to create aircraft F-35, which are already produced in small batches, but constantly find defects and flaws, already exceeds 100 billion dollars!

Only the helmet of the pilot of the F-35 aircraft is estimated at an average of 700 thousand dollars. The helmet has a system for duplicating information from sensors and monitors of a combat vehicle for the convenience of controlling the aircraft and targeting it to the target.

Ctrl Enter
Noticed oshЫbku Highlight text and press. Ctrl + Enter
We are
The British company has completed the development of the e-chair for the F-35
Military Reviewin Yandex News
Military Reviewin Google News
75 comments
Information
Dear reader, to leave comments on the publication, you must sign in.