January 13 2016
29
Turkish President Erdogan called a crowd of "dark people" famous scientists who called on the authorities to stop the violence and return to a peaceful settlement of the Kurdish issue, reports RIA News. 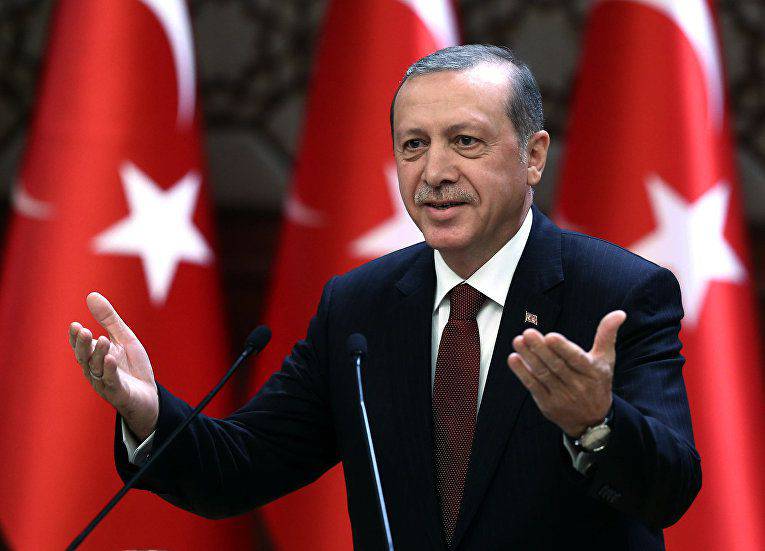 Earlier, more than a thousand Turkish and foreign scholars published an appeal under the heading "We will not be part of this crime," in which they called on Ankara to "stop the massacre and slaughter" in the south-east of the country and return to the negotiating table for a peaceful settlement of the Kurdish problem. " The scientists were the world-famous linguist Noam Chomsky, the sociologist Immanuel Wallerstein, the geographer David Harvey, and others. In response, the government stated that there would be legal consequences for the Turkish scientists who signed the document.

“This crowd, which calls itself scientists, blames the state in its statement. Hey you, the so-called intelligentsia! You are not enlightened, but dark people. You are nothing like intellectuals. You are ignorant and know nothing about the east and southeast (Turkey). And we know this region as our home address ",
- said the president in Ankara at a meeting with Turkish diplomats.

Stating that "there is no Kurdish question in the country, but there is a problem of terrorism," he invited foreign scientists, who also signed the appeal, to visit the republic.

“We are ready to tell them about the situation from A to Z. Let them see with their own eyes what is connected with the violation of legality in the southeast - with the actions of the state or a terrorist organization,” said Erdogan.

According to the Turkish Human Rights Foundation, in the course of the operation conducted by the security forces in the south-east of the country, 162 civilians have already been killed against PKK fighters.

Ctrl Enter
Noticed oshЫbku Highlight text and press. Ctrl + Enter
We are
Erdogan said that the country's army destroyed more than 2 thousands of representatives of the Kurdish Workers Party in Iraq and Turkey itself
Military Reviewin Yandex News
Military Reviewin Google News
29 comments
Information
Dear reader, to leave comments on the publication, you must to register.