January 14 2016
142
Emmanuel Ibe Kachikva, the current chairman of OPEC, is thinking about holding an extraordinary cartel meeting. The rapid fall in prices in recent days has caused panic in the ranks of its members. It became known that representatives of several countries participating in the organization addressed Mr. Kachikva. Probably, a meeting dedicated to the reduction of oil production by OPEC members will be held in early March. 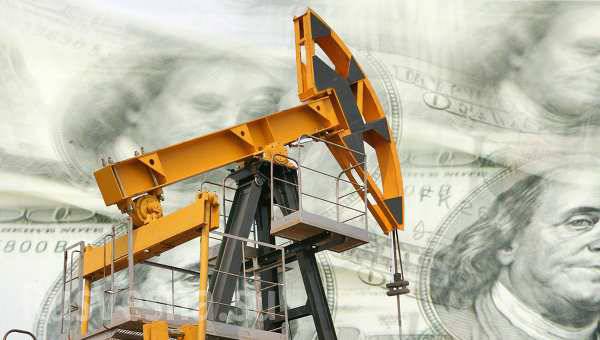 Panic in the environment of oil producers did not arise from scratch. Since 4 January, oil prices in the world are plummeting. The budgets of oil-producing countries participating in OPEC are becoming thinner and scarce. Many oil companies are not only suffering losses, but are also approaching a dangerous line, followed by bankruptcy.

Analysts whose opinion leads the site "Market Watch", indicate that about five hundred American companies will go bankrupt within a year and a half, by the middle of next year. However, almost all of them will survive if the price of oil "grows" to 50 dollars per barrel.

However, the market trends, we add, do not allow us to predict price increases in the near future. Experts believe prices will fall.

Morgan Stanley analysts in their latest forecast stated that oil prices could fall to 20 dollars per barrel. Their forecast quotes Financial Times.

“Probably, the price of oil will be from 20 to 30 dollars,” said company analyst Adam Longson.

Reduced the forecast figures and Societe Generale. Financial experts believe that the reason for the fall in oil prices will be both the resumption of Iranian production and the preservation of the previous level of production by the United States. It was also taken into account the sharp decline in the economic indicators of the PRC, which consumes a large amount of energy resources.

Revised forecasts and the British bank Standard Chartered, notes Reuters. According to experts, in the near future the price of a barrel can drop to even ten dollars: “Oil prices may drop to 10 dollars per barrel before market participants admit that everything has gone too far.”

Previously, several other banks (Macquarie, Bank of America, and others) also lowered forecasts for oil in 2016. And in the large investment banks, Goldman Sachs and Citigroup believe that oil will become cheaper.

How to explain such "low" figures in the forecasts, in which analysts are almost unanimous?

The reason is the most common, it is from the field of economic theory. More precisely, from the law of supply and demand. One must also remember the crises of capitalist overproduction and overstocking, which the classics of political economy had long warned about.

World markets are now overstocked with oil to such an extent that supply exceeds demand by at least 1,5 million barrels per day (last year the figure reached 3,0 million barrels per day). Think about it: every day there is a huge excess supply. And in this case there is a natural price reduction. It will decline even more, since in recent months many oil-producing countries (including Russia and the United States) have not decreased, but increased production rates. And among them were the OPEC countries, including Saudi Arabia.

“The main authors of such low oil prices on the world market at the moment are Saudi Arabia with its own dumping program and winning back as much of the world oil market as possible,” said Channel One Rustam Tankayev, expert of the Union of Oil and Gas Industrialists of the Russian Federation.

“The majority of large producers in 2015 reported on historical records, - the expert Sergey Pikin told the First Channel. - Russia is a historic post-Soviet record, Saudi Arabia is another record, the United States is higher than 2014. We see an overstocking of the storage facilities of the main large consumers, where the storage capacity is 80 to 90%. Therefore, everyone expects that in the near future they will be filled to capacity. "

However, the approximation of the price of “barrels” to thirty dollars in January 2016 caused panic in the cartel.

How 12 reported on January TASS With reference to France Press, Nigeria’s Minister of Petroleum, Emmanuel Ibe Kachikwu, who chairs OPEC, called for convening an emergency summit of the organization in early March.

The main objectives of the meeting, he said, is to revise the pricing policy of the cartel and even change the strategy of OPEC (if necessary). “Current prices dictate the need for a meeting,” the chairman said bluntly.

Also, Mr. Kachikvu noted that “some members of OPEC” addressed him regarding the convocation of an extraordinary meeting.

Probably, the cartel members, as well as Kachikwu himself and OPEC Secretary General Abdullah Salem al-Badri, are experiencing a real panic.

This is evidenced by Kachikva’s emotional utterance, which Interfax: “I just hope that the price of oil will not fall below $ 30 per barrel, in the name of all that is holy. I think it is worth waiting for the situation to deteriorate before it improves. ”

Also, panic in the ranks of OPEC is confirmed by informal negotiations with non-oil producers, including Russia. Cartel states are already conducting these negotiations, discussing the possibility of reducing production in the future in order to maintain oil prices. This was said by Kakchku himself.

Meanwhile, given the crisis realities of the oil market, the Russian government sat down at the next "recalculation" of the budget.

At the January 12 meeting, First Deputy Prime Minister Igor Shuvalov asked the ministries to prepare scenarios for the development of the situation in the industry with the price of a barrel of Urals oil in 25, 35 and 45 dollars. “Such figures sounded,” the newspaper confirmed. "Vedomosti" federal official who knows the outcome of the meeting. In the secretariat, Shuvalov refused to comment on the results. Natalya Timakova, a spokeswoman for the premier, told Vedomosti only the following: “Different stress scenarios are calculated, the discussion goes on with experts and within the government.”

Due to the decline in energy prices since November 2015 in the first two months of 2016, the Russian budget will lose about 300 billion rubles in oil revenues, an unnamed federal official told the newspaper.

According to expert Dmitry Polevoy (“ING”), the Russian authorities realized that oil will be cheap. As for the market, it is important for him to understand the government’s budget strategy. But is there such an understanding? “The main danger is the lack of any understanding where we are going, what our goals are, what are the priorities,” the expert noted.

January 13 appeared in the media statement of the Minister of Finance of the Russian Federation Anton Siluanov. He believes that most likely oil prices will continue to decline in the near future.

“Now there is a very tough balancing of the oil market, we see that no one is reducing oil production. Most likely, we will soon see further price reductions for this product, ”the minister said. IA "Finmarket".

Recall in conclusion that only from 4 in January to 12 in January, for one week, the price of Brent crude oil (for this variety, markets are oriented when pricing Russian oil) fell from 37,35 to 31,25 dollar.

Observed and commented on Oleg Chuvakin
- especially for topwar.ru
Ctrl Enter
Noticed a mistake Highlight text and press. Ctrl + Enter
We are
Results of the week. "Go on a horse, a century of will not be seen!"Coming soon: oil at 70 dollars per barrel
142 comments
Information
Dear reader, to leave comments on the publication, you must to register.