The Secretary of Defense held the first conference call this year.

January 12 2016
27
Today, Defense Minister Sergei Shoigu held a conference call with the leadership of the Armed Forces, the press service reported. Ministry of Defense of the Russian Federation. 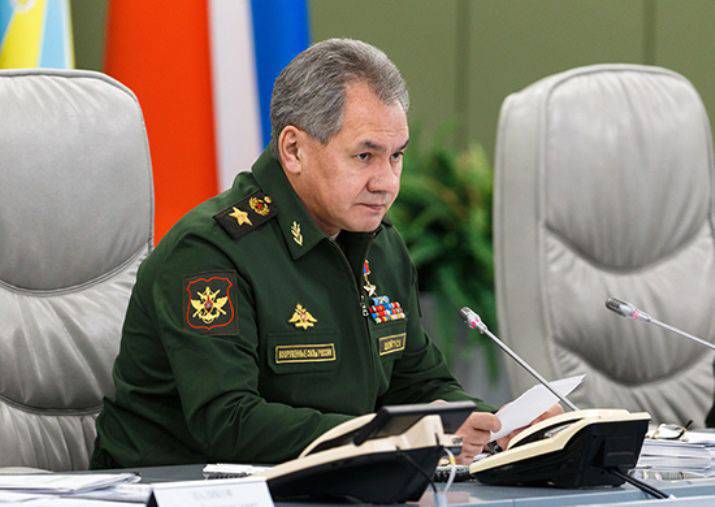 The main topics were the discussion of tasks for the current year within the framework of the implementation of the Office's plan of activities before 2020.

In his opening remarks, Shoigu congratulated the servicemen on the past holidays and wished them success in their service.

“I would especially like to thank our servicemen in Syria, those who were on the field duty during the holidays, performed tasks as part of duty shifts and daily outfits. I will note that the well-coordinated work of all officials during the New Year holidays allowed us to maintain discipline and law and order in military teams, ”he said. 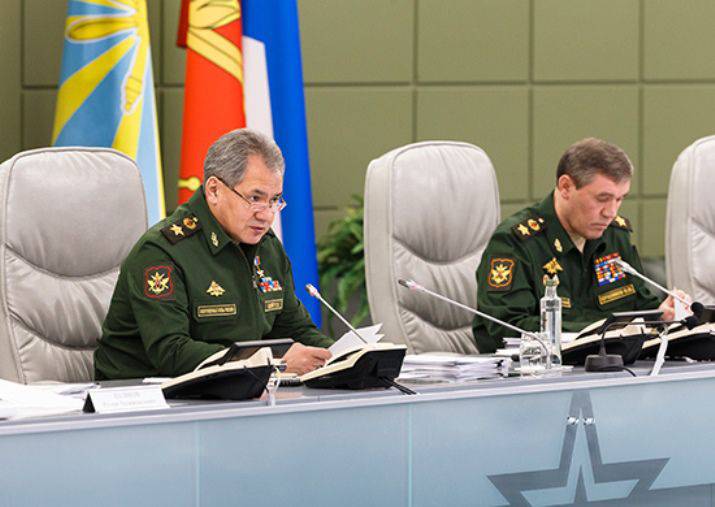 Further, the Minister focused on some indicator of the year of the past:

“On the basis of the Air Force and the Armed Forces of the East Kazakhstan Region, a new type of Armed Forces was created - Air and space forces.

In the Strategic Missile Forces, 6 missile regiments equipped with fixed-line and mobile-based Yars systems have taken over combat duty.

The general-purpose forces are brought to a new qualitative level.

In the Ground Forces for the year 8 brigades of various purposes were formed.

More than 3000 operational and combat training activities have been conducted. ” 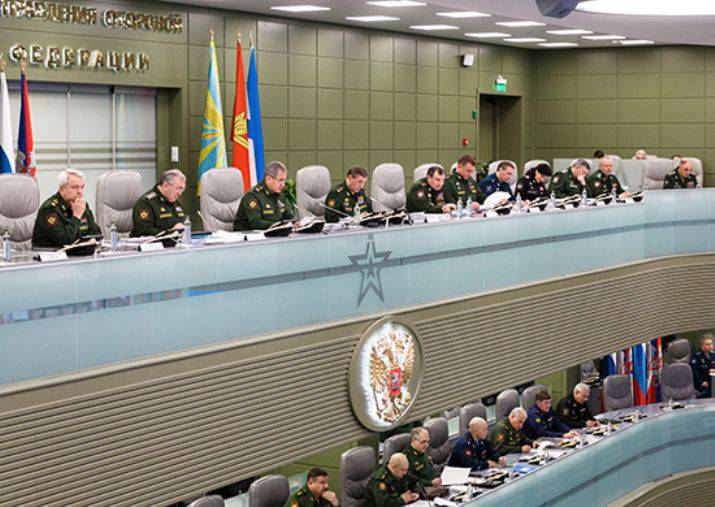 “This year it is necessary to raise the level of military equipment with the latest weapons from 47 to 51 percent. Increase the proportion of serviceable technology from 89 to 92 percent.

To form new divisions in the western direction of 3, to arrange their places of permanent deployment.

Complete the arrangement of military facilities in the island part of the Arctic and the formation of infrastructure in the Kuriles. Go to the second stage of construction and the creation of bases in the Arctic.

Complete the construction of arsenals for the storage of ammunition and weapons.

In 2016, in the Strategic Missile Forces, to put on rocket duty 5 missile regiments equipped with modern missile systems.

To systematically improve the infrastructure for providing strategic nuclear forces - first of all, the bases of strategic submarine missile carriers and long-range aerodromes aviation».

Also in the coming year, the practice of sudden inspections will be continued, which will cover all military districts.

According to the minister, “when they are carried out, the closest attention will be paid to the deployment of troops over long distances, the creation of groups in threatened areas, the development of air defense tasks with the practical use of aviation.”

Separately, Shoigu dwelled on the preparation for the Kavkaz-2016 strategic exercise.

“Against the background of a difficult international military-political situation during the exercise, it is important to assess our ability to protect national interests in the South-West strategic direction. The troops and forces must work out the issues of combat interaction and effective actions in the highlands, taking into account the growth of terrorist threats in the region, ”he stressed.

The Minister expressed confidence that "the successful implementation of all the measures planned will significantly increase the combat potential of the Armed Forces and guarantee the protection of the national interests of the state." 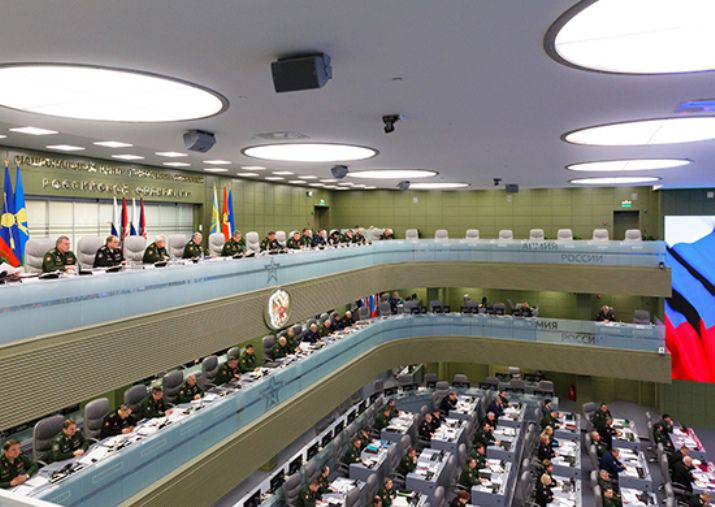