January 12 2016
9
Information Agency TASS reports that the bodies of two journalists have been found not far from the city of Baakuba (Iraq). The report says that both journalists worked on the “Ash-Sharqiyah” TV channel. On the eve they arrived in the city of El-Mekdadiya to prepare a report on the attack of militants on a local cafe. Having collected the necessary material, the journalists returned home. Two explosions thundered, which caused the death of reporters. 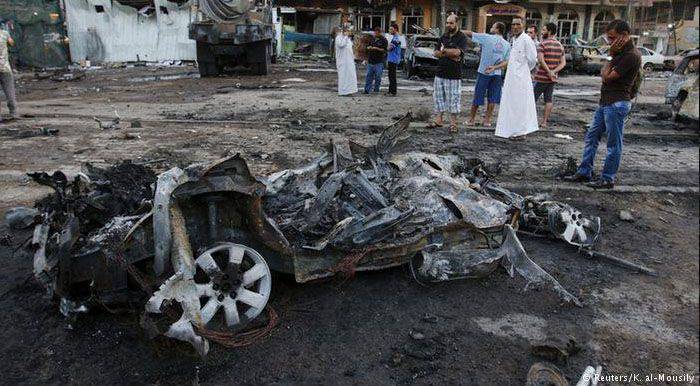 It was possible to find and identify the bodies of the dead almost a day after the tragedy. Responsibility for undermining the car, in which the journalists moved, was taken over by the militants of the so-called "Islamic State". It must be recalled that responsibility for the terrorist attacks in Baghdad (hostage-taking in a shopping center) was also taken by the fighters DAISH (IG). At the same time, no statements on the network of Daesh (IG) regarding responsibility for today's terrorist act in the center of Istanbul (Turkey) will not be published.

In the profile committee of the United Nations (the committee on mass media) among the countries most dangerous for the work of journalists, in addition to Iraq they call Syria, Ukraine and Afghanistan. In these countries, over the past year and a half, more than 15 journalists from various media have died.