Alexander Tatarenko has come a long way in the Armed Forces system. During this time he was awarded numerous orders and medals. In 2012, at that time, Major-General Tatarenko was awarded the Order of Merit for the II degree to the Fatherland with the wording “For merits in strengthening the country's defense and high personal performance indicators”.

For your information:
The 14 Army of Air Force and Air Defense in the Central Military District was formed quite recently - in August 2015. It consisted of formations and military units of the 2 command of the Air Force and Air Defense, which are deployed in the Volga region, in the Urals and in several regions of Siberia. The goal of forming the 14 Army is to increase the effectiveness of combat planning and command and control, and the improvement of the quality of the organization of daily activities. 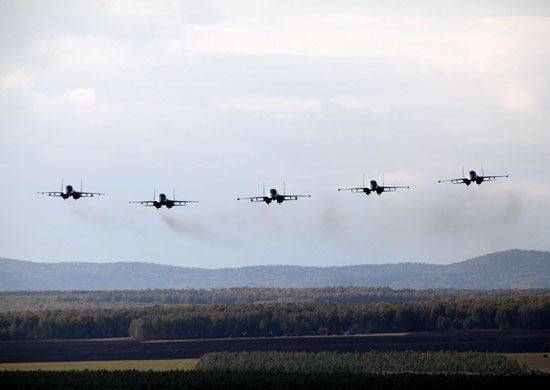 From materials press service of the Ministry of Defense of the Russian Federation:
In the area of ​​responsibility of the association - the airspace over 29 subjects of the Russian Federation and more than 3 thousand km of the state border. The pilots carry out combat training missions in the skies of Kyrgyzstan, Tajikistan and Kazakhstan, carry out search and rescue support for launches and landings of manned spacecraft.