The collapse of Saudi Arabia

January 13 2016
52
Saudi rule is nearing its end, and the execution of the head of the opposition Nimr al-Nimr deprives half of the population of Saudi Arabia of all hope for the future. According to Thierry Meyssan, the collapse of the kingdom, which will be long and bloody, is inevitable. 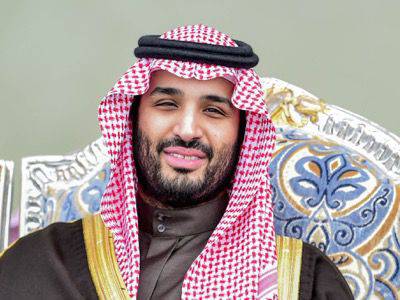 Within one year, the new king of Arabia, Salman, the 25 son of the founder of the dynasty, managed to consolidate personal power, pushing aside other clans, including the clan of Prince Bandar bin Sultan and the clan of former King Abdullah. We do not know whether Washington took any measures so that the losers would not undertake any efforts to restore the lost power. Given that a number of publications in the British press suggest that they have not lost their ambitions.

King Salman, at the request of his brothers, appointed Mohamed bin Sultan crown prince, but quickly isolated him and limited his competence in favor of his own son, Prince Mohamed bin Salman, whose impulsiveness and rudeness are no longer tempered by family council, as he is no longer acting. De facto, the country is ruled by him and his father, and there is no opposition in a country where a parliament has never been elected and where political parties are prohibited.

It is not surprising that Prince Mohamed bin Salman becomes chairman of the Council for Economic Affairs and Development, appoints a new board in the Ben Laden Group and becomes the owner of Aramco himself. In all the major companies of the kingdom, he removes his cousins ​​from the leadership and puts his minions in their place. 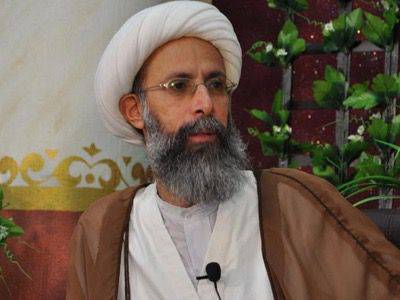 Sheikh al-Nimr described the life of Shiites in Saudi Arabia as follows: “From the very birth you live in an atmosphere of fear, threats and all sorts of abuse. We are persecuted everywhere, and we fear everything. We fear even the walls. Who among us does not know what blackmail and lawlessness are, which we constantly encounter in this country? I am 55 years old, I have lived more than half a century. But from birth until today I have never felt safe. You are always accused of anything. You are always at risk. And the state security chairman admitted it. When they arrested me, he told me: "You, the Shiites, need to destroy everyone." This is their logic. ”

In domestic politics, the regime relies only on Sunnis and Wahhabis, who constitute half of the country's population, and the rest of the population is discriminated. Prince Mohamed bin Salman advised his father to execute Sheikh Nimr Bakir al-Nimr for daring to challenge him. That is, the state sentenced to death and executed the opposition leader, whose only crime was that he formulated and tirelessly repeated the slogan “Despotism is illegal!” And the fact that this leader was a Shiite sheikh, is more proof of discrimination against non-Sunni religious education and service in government bodies are prohibited. As for non-Muslims, that is, one-third of the entire population, they are prohibited from worshiping, and they cannot expect to receive Saudi citizenship.

The foreign policy of Prince Mohamed and his father King Salman is based on the policies of the Bedouins living in the Kingdom. Only this can explain the simultaneous financing of the Afghan Taliban and the Lebanese Future Movement, countering the revolution in Bahrain and supporting jihadists in Syria and Iraq, the invasion of Yemen. The Saud have always supported the Sunnis, whom they consider closer to themselves because of their commitment to state Wahhabism, and they speak not only against the Shiites of the Imamites, but above all against the enlightened Sunnis and all other believers (Ismaili, Zaithites, Alevis, Alawites, Druzes , Sikhs, Catholics, Orthodox, Zoroastrians, Hindi, etc.). And they only support the leaders - people from the Saudi Sunni clans. 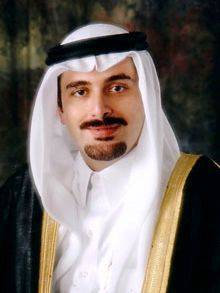 Saad Hariri has dual Lebanese-Saudi citizenship. Leader of the Future Movement. He is the son of Rafic Hariri, but unofficially considered the prince of the royal family.

We also note that the execution of Sheikh al-Nimr was followed by a statement about the creation of a broad anti-terrorist coalition of 34 states headed by Riyadh. Considering that the executed person has always rejected violence and was sentenced to death for “terrorism” (sic), it is not difficult to guess that this Coalition is in fact an alliance opposing other religions. Prince Mohamed said that the war against Yemen was allegedly undertaken to assist President Abdu Rabbo Mansur Hadi, overthrown by Hussites with the support of the army of former President Ali Abdullah Saleh, but in reality its goal is to seize oil fields and develop them jointly with Israel. It was not difficult to predict that this war would not be victorious - the rebels would begin to raid Saudi Arabia, and its defeated army, abandoning weaponwill take flight.

Saudi Arabia is the only state in the world that is owned by one person who, together with his son, controls it, avoiding neither political debates nor any form of opposition. Only tribal vassalage is allowed. The fact that for a long time was considered remnants of the past, from which the country will free itself and adapt to the modern world, has become so rooted that it has become the main feature of the archaic kingdom.

The decline of the Saud dynasty is probably caused by a drop in oil prices. Not capable of any reforms, the kingdom constantly takes loans, so financial analysts predict bankruptcy in two years. Aramco’s partial sale could prolong the agony, but it would be accomplished by losing autonomy.

The execution of Sheikh Al-Nimr was an immense whim. And the collapse of Arabia is now inevitable, because those who live there have lost hope for the future. Therefore, tribal enmity and social upheavals are inevitable in the country, much more bloody than those that accompanied previous Middle Eastern conflicts.

Without making any effort to prevent the tragic end, the American patrons of the kingdom are looking forward to it. They are constantly ringing about the "wisdom" of Prince Mohamed, wanting to inspire him to new mistakes. In 2001, the Chiefs of Staff Committee began work on rebuilding the “Greater Middle East”, which included dividing the country into five parts. In 2002, at a meeting of the Council on Defense Policy known to the whole world, the question was raised about getting rid of the Saud clan. And now it's just a matter of time.

The United States succeeded in Saudi Arabia in resolving the issue of King Abdullah’s heir, but today they are pushing the country to collapse. Their goal is to divide it into five parts.

Wahhabism is the state religion, but Saudis rely on Sunni tribes in foreign and domestic politics, and the rest of the population is segregated.

King Salman (he was 80 years old) transferred power to one of his sons, Prince Mohamed (he was 30 years old). The latter took over the ownership of large companies in the country, declared war on Yemen and ordered the execution of opposition leader Sheikh al-Nimr.

Ctrl Enter
Noticed oshЫbku Highlight text and press. Ctrl + Enter
We are
Games of the throneSaudi elite: inside the dynasty
Military Reviewin Yandex News
Military Reviewin Google News
52 comments
Information
Dear reader, to leave comments on the publication, you must to register.