South Stream: to be or not to be?

January 13 2016
112
The media is full of rumors about some "negotiations" between Russia and Bulgaria. We are talking about the "revival" of the project "South Stream". Allegedly, the construction of the gas pipeline may resume after a few weeks. The “information” about this was published in Russian publications from the Bulgarian newspaper Standard, which reported that Bulgarian Prime Minister Boris Borisov “received similar signals from Moscow.” These messages hardly correspond to reality. The Bulgarian Council of Ministers did not confirm the “information” of the media about negotiations with Russia, and the Ministry of Energy of the Russian Federation refuted reports about the resumption of work on the “South”. 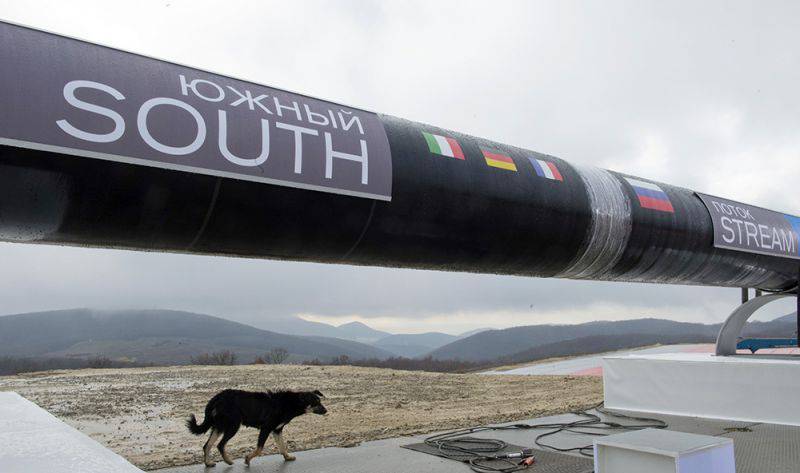 The answer to the classic question in the title is simple and straightforward: not to be. There is not a single official confirmation of “negotiation”. Moreover, there is a denial.

The source of inaccurate (or, at least, doubtful) information was the article. “Restart to week at Yuzhen Stream” in the Bulgarian newspaper “Standard”, where the very first sentence stated: “Moscow is in the South Stream project”.

The publication referred to sources surrounded by Bulgarian Prime Minister Boyko Borisov. Sources linked the resumption of negotiations on the “South” with the cooling of relations between Russia and Turkey and economic problems in the PRC, because of which the implementation of the Power of Siberia has been postponed.

Some "experts" claim that work on the construction of "Flow" will resume in the next few weeks. Moreover, the “revived” project of the South Stream gas pipeline will somehow suddenly meet the requirements of the 3-th energy package of the European Union.

Recall that the implementation of the "South Stream", leading to Bulgaria, Moscow refused at the end of 2014 year - both because of the unchanged position of the European Commission, and because of this government's commission in Sofia. Actually, if the memory does not change us, even Mr. McCain, the famous US senator, directly took part in blocking the “South”. In June 2014, he is in the company of other politicians from Washington I visited in Sofia. After that, such funny headlines appeared in the Russian media, for example: "How McCain Stopped South Stream".

The “revival” of the gas pipeline project is not officially confirmed.

"We now have no information about this," - said the press officer of the Council of Ministers of Bulgaria "Sputnik", the newspaper said "Sight".

The Ministry of Energy of Russia said that the status of the South Stream gas pipeline project remains the same: work has been stopped.

Thus, neither the Council of Ministers of Bulgaria nor the Ministry of Energy of Russia confirms reports of some negotiations between Russia and Bulgaria on the resumption of the construction of the South Stream.

There is information from other sources.

In the same Russian Ministry of Energy Gazeta.ru confirmed that Russia's position on the "South Stream" has not changed.

Newspaper "News" she made inquiries to Gazprom, the Ministry of Energy and Bulgaria, but she was not answered. But "Izvestia" has its own information about the fate of "Southern".

According to several sources of Izvestia in diplomatic circles, negotiations between Gazprom and the authorities of Russia and Bulgaria have been going on at least since the fall. They began when negotiations on the "Turkish Stream" between Moscow and Ankara were stalled.

As for the European Commission, it officially does not speak directly about approving or disapproving the resumption of negotiations on the South Stream. The press service of the EC newspaper "Izvestia" said that "the European Commission is ready to consider the construction project of the" South Stream ", provided that it meets the standards of the Third Energy Package."

In a word, and things are there.

Until the appearance of the official position of the European Commission on the “South”, the Russian authorities are unlikely to publicly reflect on the prospects for a return to the project. About this "Izvestia" said the director of the energy direction of the Institute of Energy and Finance Alexei Gromov.

“A lot has changed since the abolition of South Stream: since February 2014, the European Energy Union has appeared in Europe, without the approval of which no such agreement will work,” the expert recalled. “Therefore, in order not to break political firewood, Russia needs to begin to understand its position, and only then bring the negotiations to the public.” However, if the European Commission refutes the fact of the negotiations, as well as Russia, then this news This will remain the informational stuffing of Bulgaria, which is the natural beneficiary of all this stories. Moreover, as a transit country for our gas, it is clearly counting on a big discount. ”

Member of the Expert Council of the Union of Oil and Gas Industrialists of Russia Eldar Kasayev said Gazeta.ruthat South Stream is needed: Gazprom has long-term obligations to Europeans regarding reliable gas supplies. “After Ukraine’s statement about the complete rejection of our“ blue fuel ”imports, the risks regarding the transit of Gazprom’s gas through Ukraine’s territory have multiply increased,” the expert noted.

Kasayev reminded that the Russian-Ukrainian transit agreement expires at the end of 2019. At the same time, Gazprom’s agreements with a number of EU countries were concluded before 2035, and even for longer periods. South Stream can be launched quickly, as part of the infrastructure already exists.

It’s possible that we’ll add that Bulgaria, using the press, tastes the idea of ​​“reviving” the gas pipeline. The government in Sofia, without directly disproving an article in the newspaper Standard, must have taken advantage of the spoiled relations of Moscow and Ankara and is trying to cut the coupons that Erdogan would have gotten if the Turkish Stream were sold. Since Mr. Erdogan has turned from a “Russian partner” into an enemy and a sworn NATO member, Sofia has not lost her economic chance, which, with the correct scenario, will turn into a political chance. Europe needs gas, whatever one may say, and replacing Russian gas with some Qatari and especially American gas from shale — the story is very complicated, long and expensive. And Europeans, with their capitalist history, are able to save more than anyone. Especially in a crisis. And Europeans are also afraid of the future gas theft by Ukrainians.

Presumably, the Bulgarian question of the "return of Moscow" to the "South" will emerge in the press more than once. The publication in the Standard was a touchstone.