In Syria, the Terminators will crush the terrorists and the Vipers will bite to death

January 16 2016
46
The main reasons for the moderate pace of the Syrian army’s onset are the continuing shortage of modern equipment and the lack of personnel. According to military experts, these problems can be overcome if systems are adopted. weapons A new type: we are talking about combat support vehicles (BMIP) such as the Russian Terminator, Terminator-2, or Viper. 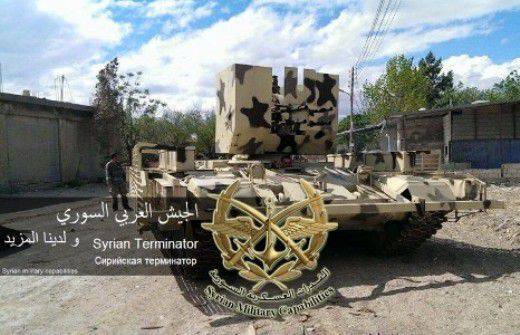 Ersatz- "Terminator" of the Syrian army

At one time, the developers and specialists of the GABTU, telling about the "Terminator", gave the following figures: one such machine can replace the 2-2,5 BMP or 3-4 BTR in its combat potential for a platoon of infantrymen. With proper training of the crews, such combat units would ensure a qualitative change on the battlefield.

You can easily calculate how many BMOs will be needed to replace an infantry company or battalion. Of course, such a technique will not work on its own, only in close cooperation with tanksmechanized and infantry units, artillery and aviation. 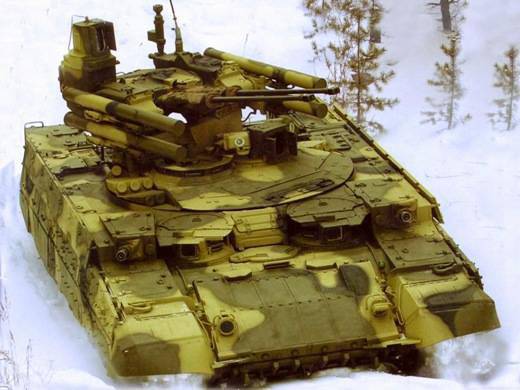 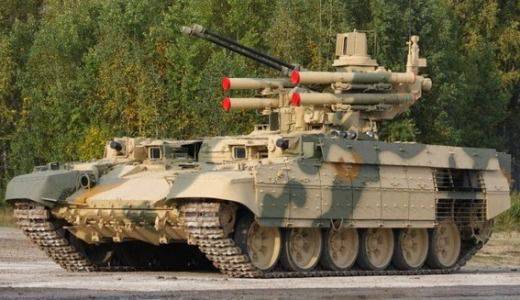 But let's be realistic: “Terminators” are relatively expensive cars, and, even if an order is received, despite the heroic efforts of the industry, the first copies will leave the assembly line only after many months.

And such a technique was needed, as they say, just yesterday. Therefore, the Syrians are trying to do something on their own. About their ersatz- "Terminators" "Herald of Mordovia" already wrote. These are machines based on T-72 with a quad-machine-gun installation KPV 14,5-caliber and primitive sights. Of course, to these BMPs they are very far away. But besides the "Terminator" there is also the "Terminator-2", a machine that can be executed on the basis of existing tanks in the army. Moreover, not only the T-72 can be used, but also the T-55 and T-62 tanks.

So three years ago, the Russian side offered Peru to convert its T-55 into fire support vehicles. As the Peruvians themselves reported, the proposal was to replace the original T-55 turret with a combat module, which is equipped with two 2-42 automatic guns of 30 mm caliber. The 4 ATAUR “Attack” (ability to hit targets up to five kilometers away) and an 7,62-mm machine gun were also to be mounted on the combat module. The crew also received a modern sighting system. Optionally, it was possible to install two automatic 30-mm grenade launchers with ammunition in 300 shots each.

The Syrians in stock - a large number of T-72 early models and hundreds of T-55 and T-62 in storage, which can become the basis for rework. 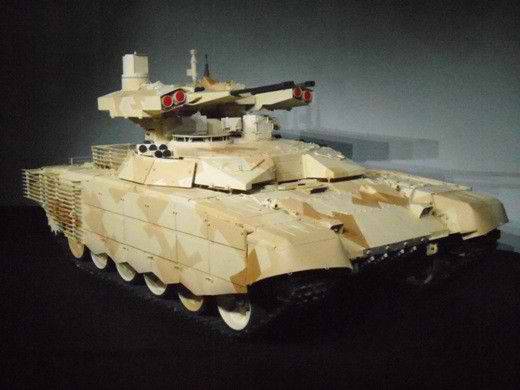 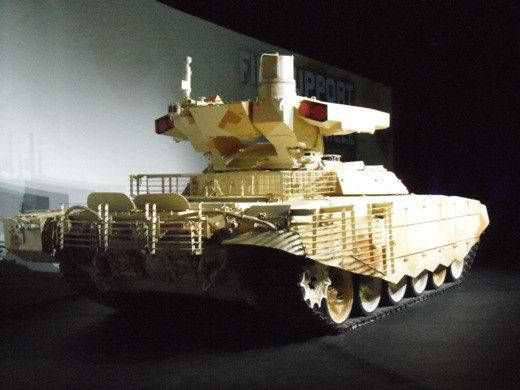 "Terminator-2"
An even more operational and cheap version of the creation of combat vehicles can be a variant of the so-called "Viper". The fact is that in the middle of 90-x in Chelyabinsk, they proactively worked on the MBM (multi-purpose combat vehicle), the factory workers nicknamed it "Viper". Initially it was assumed that with the release of the MBM should have used old tanks.

Thus, in the process of creating the Viper, the 72-mm gun was removed from the standard T-125, the place in the tower where it was located was sealed and reinforced with additional blocks of dynamic protection "Contact." On the sides of the turret, automatic X-gun caliber 30 mm was placed. Next to each weapon placed on the block under the unguided C-8 rocket caliber 80 mm. Missiles can have different warheads: cumulative fragmentation, with two thousand "arrows" to defeat manpower, space-detonating, concrete, lighting and others. The target firing range - about 2 km. At maximum distance - scatter about 6 meters from the aiming point. The standard for T-72A sight went through a minor revision for new weapons. 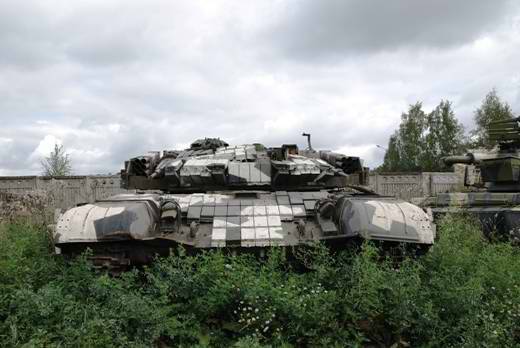 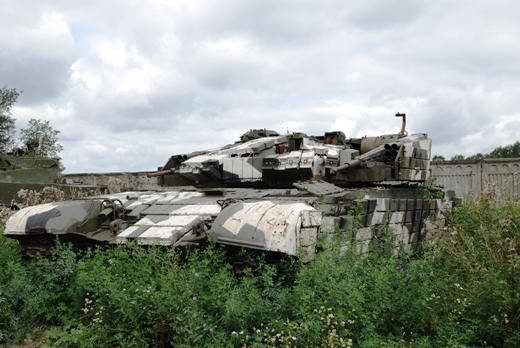 This machine was successfully tested, but, for a number of reasons of a non-technical nature, further work on it was discontinued. However, the experience gained is easy to use in the modernization of Syrian armored vehicles.

Of course, the Viper is also significantly inferior to both versions of the Terminator, and it can only be viewed as a temporary measure, before the arrival of modern technology.

Ctrl Enter
Noticed oshЫbku Highlight text and press. Ctrl + Enter
We are
Family BTR-60 / 70 / 80 in combatIs the "old" well forgotten to become the "new"? Part-2. At the call of honor and duty
46 comments
Information
Dear reader, to leave comments on the publication, you must to register.