Will Odyssey need for Troy?

January 12 2016
82
Strange things continue to happen in the DPR. Very little information, it comes with great difficulty and a bunch of opinions and comments. But the case of the special purpose unit "Troy" really begins to leak into the information environment. Often through the efforts of caring people and with the help of social networks. 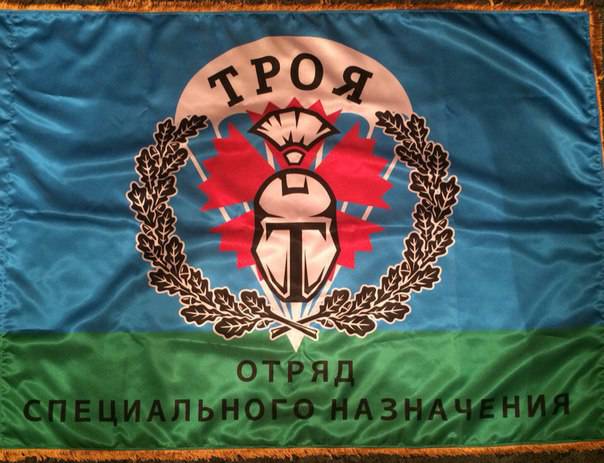 In the mainstream DPR media space, silence and grace.

However, for almost two weeks the troop unit of the Troja has been under blockade. The fighters are blocked in their location, several times information has been received about the upcoming assault. The assault, however, did not take place. Largely due to the reputation of the unit. This applies to the warhead, and questions of honor.

Nobody really voiced claims to “Troy”, it seems that ordinary Donetsk “misunderstandings” turned into the fact that the detachment actually took up defensive positions.

What happened in Donetsk and why, in order to “hush up” the “Troy” case, they tried to give an order to assault even such a well-known division as “Somalia”? By the way, Givi refused to comply with this order. Despite the fact that he entered from the command of the corps.

Somalia is actually a battalion. Troy is close in numbers to a company. Here the essence is not in the numbers, the essence is in the skills and respect for the comrades on the martial cause.

What do the Troy fighters say about what is happening? To begin with, I will cite the official statement of the Troops special forces unit "Troy" distributed via the Internet.

In order to curb the possibility of false information being inserted by provocateurs and our enemies in the DPR Defense Ministry, we want to clearly state our position:

We fully support the elected head of the People’s Republic of Donetsk, Alexander Zakharchenko.

All our actions are aimed at combating the plundering of money and material assets in the DNR army, nepotism and corruption that prevail in its ranks. We also oppose the moral degradation of the army, the spread of drug addiction, drug trafficking, trade weapons and "protection" instead of strengthening the republic’s defense.

If we do not put things in order now by joint efforts, then tomorrow the APU and the Nazi punitive battalions (which, unlike us, are now engaged in training, equipment and exercises) will wipe out the DPR and deal with all those who participated in the referendum on independence.

All clear? It seems not. The statement says things far from the front. And smelling, roughly speaking, a riot. But.

If you look at what OSPN "Troy" is, who serves there, who commands, how many questions disappear by themselves. Yes, Vladimir Novikov, “White” and “Alabai” are not as widely promoted in the media as Givi and Motorola, but this does not mean that the actions they did are not known. Very well known. Because "Givi" and refused to comply with the order.

But, ask, then what is the essence of the confrontation?

And the essence is this. The Troy fighters were detained ... let's say, two addicts seated in the trash. Introduced militias.

Further, from the detainees were obtained information about the dealer. And all traces led again to the headquarters of the third brigade under the command of Ostap Chorny. Then began an open confrontation between the OSPN "Troy" and the command of the brigade, which resulted in what we have at the moment. "Troy" took up defensive positions.

The corps command is in a state of complete confusion, since it is quite clearly aware that on the one hand, it cannot order the assault by the forces of the DPR Defense Ministry of the reconnaissance company OSPN Troy’s dislocation point, since this, given the consequences, will lead to a social explosion "in the whole republic.

On the other hand, you need to somehow save your skin and the skins of corrupt officers, otherwise in the case of mass arrests and investigative actions, a series of disclosures, "surrender reports" and "sincere confessions based on deep repentance will go." This option is also not happy. For it smells pretty disastrous.

The authorities have not yet taken any action. True, last week, in the center of Yenakiyevo, the driver of the field commander "Olkhon" was beaten up by unknown persons in military uniform. The driver is told to transfer “Olkhon” to stop supporting the TROY and to remove the articles against the commander of SMB Ostap Xorni.

There is information that in the same Yenakiyevo there was a certain meeting between authoritative representatives of criminal structures and persons and persons whose interests affected "Alabai", "White" and the personnel of "Troy".

Money, drugs, weapons ... And a small number of special forces, to whom this topic did not like. And the power is silent.

By the way, such alarming topics as the flow of synthetic drugs from Russia into those territories and the smuggling of weapons are worthy of separate articles. And they will follow soon. Not without the help of the disgruntled from among the militias, like "Trojans".

In this situation, the most completely worried is the complete silence on the part of all those who in the NPT should not be silent. And, as an option, the emergence of a large number of those to whom silence is a very gold one. For on every impregnable Troy there is a cunning Odyssey.

By the way, one precedent has already been. I will quote the Trojans again.

“To our deep surprise, Mongoose, whom we previously considered to be a decent officer, showed up at the 3 SMB location. Yes, apparently, they were mistaken. So, this very Mongoose began to make plans very actively and under the pretext of pulling the reconnaissance commander out of the fortified location , and, as we learned from our agents in 3MSB, in collusion with Ostap Cherny, to lure the commander of the reconnaissance company Bely into ambush for the purpose of extermination. I want to convey the werewolf mongoose: “Where you were taught, we taught”. and survive but, as they say in Odessa: “It's too late, aunt, to drink Borjomi when the kidneys have fallen off.” Our steps and actions are systematic and coordinated, so there is no need to aggravate the already sad situation ”.

The situation is not easy. But we will closely monitor its development. In the meantime, in battle arrangements, "Troy" everything is fine. And we hope that the end of this story will be, as usual for Troy, victorious.

And the fact that the leadership of the Ministry of Defense of the DPR needs urgent cleaning is as clear as daylight. And the actions of the fighters "Troy" more proof of this. Yes, in the DNI today, you can silence a lot. But we intend to give the Trojans exactly the support that they are trying to deprive.

Ctrl Enter
Noticed oshЫbku Highlight text and press. Ctrl + Enter
We are
SPN "Globus"Some examples of actions by US and British Special Forces in the 90s of the 20th century
82 comments
Information
Dear reader, to leave comments on the publication, you must to register.