Replenishments of the Russian Navy in 2015

January 13 2016
29
Russia continues to implement the State Arms Program, designed until 2020. One of the main elements of this program is a plan for updating naval technology fleet. Currently, a number of domestic shipbuilding enterprises are carrying out state orders and are building ships, submarines, boats, etc. various types. Some of the existing orders were successfully completed last year, and some ships or submarines will be transferred to the fleet in the foreseeable future.


According to reports, during the 2015 year, the Russian shipbuilding industry completed, tested and handed over to customers, including foreign ones, 4 submarines, 2 combat surface ships, 4 units of ships and auxiliary vessels, 2 airborne landing craft as well as 8 other types of boats. In addition, the fleet received a fairly large number of tugboats, maintenance vessels, floating cranes, etc.

Despite all the successes, not all plans for the 2015 year were implemented on time. So, due to production problems, last year it was not possible to complete the tests of two frigates of the 11356 project “Admiral Grigorovich” and “Admiral Essen”. According to the plans that existed until recently, these ships were to join the Navy until the end of 2015. Now the delivery of frigates transferred to 2016 year. Available information suggests that updated plans will not require new changes and will be successfully implemented. 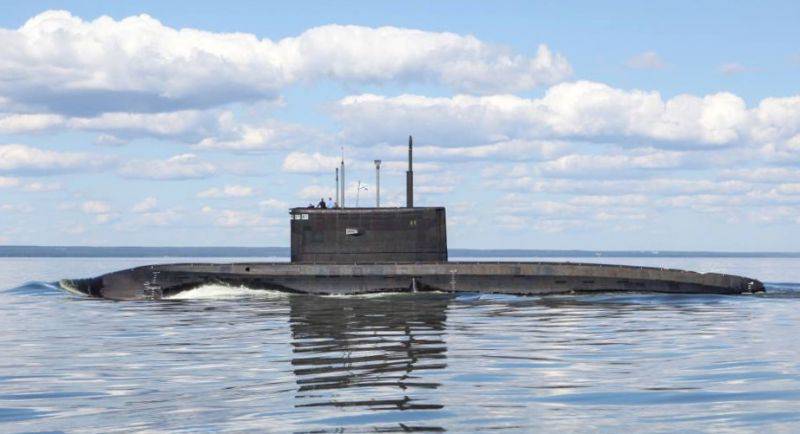 The St. Petersburg Shipbuilding Plant Admiralty Shipyards last year handed over four diesel-electric submarines of the Varshavyanka family to customers. July 3 held a flag-raising ceremony on the B-262 submarine "Stary Oskol" (project 636.3), which became part of the Black Sea Fleet. 25 April launched the boat of the same project B-265 "Krasnodar". The tests lasted several months, and according to their results on November 5, the submarine replenished the submarine forces of the Black Sea Fleet.

It should also be noted that last year the Admiralty Shipyards delivered to the Vietnamese naval forces two 636.1 submarines launched in the 2014. The HQ-185 Khánh Hòa and HQ-186 ẵà Nẵng boats were handed over to the customer by the end of last year.

December 12 at the Black Sea Fleet held a flag raising ceremony on two new small rocket ships of the 21631 "Buyan-M" project. Now, as part of this alliance, the Zeleny Dol and Serpukhov ships are in service, the main attack weapons of which are the Caliber missile system. 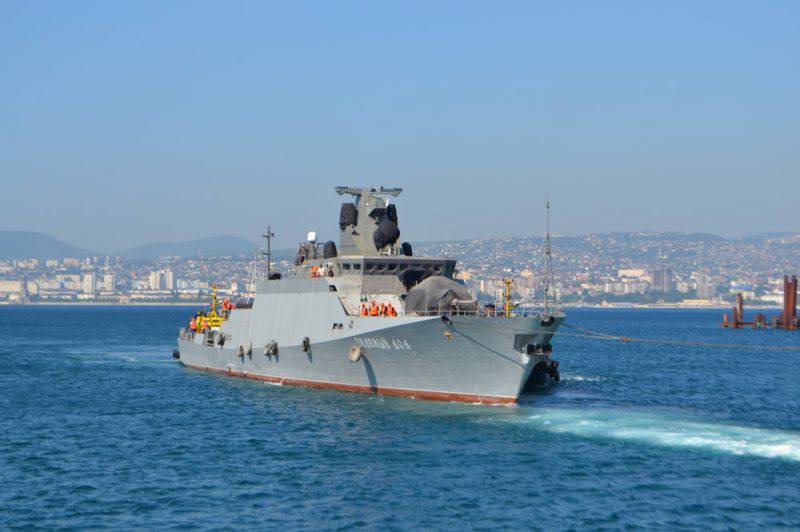 On July 4, the Baltic Fleet received the second and third landing craft of Project 21820 Dugong, Lieutenant Rimsky-Korsakov and Michman Lermontov, built by the Yaroslavl Shipyard. The design of these boats allows you to carry up to 3 tanks or 90 paratroopers and move at speeds up to 35 knots.

In 2015, the industry completed the execution of several large orders for the construction of special ships and vessels designed to solve specific problems. New equipment has already become part of the fleet and has managed to begin full-fledged work. Moreover, some new vessels even managed to become a cause for concern among foreign experts.

On May 23, the oceanographic research vessel Yantar (project 22010) was included in the Northern Fleet. This vessel carries a complex of scientific equipment that allows for various studies in all areas of the oceans. A few months after the service began, the Yantar vessel set off on its first long voyage, after which a mass of specific publications appeared in the foreign press. It was alleged that the Yantar crew searched for strategically important communication cables and therefore threatened the security of some foreign countries. 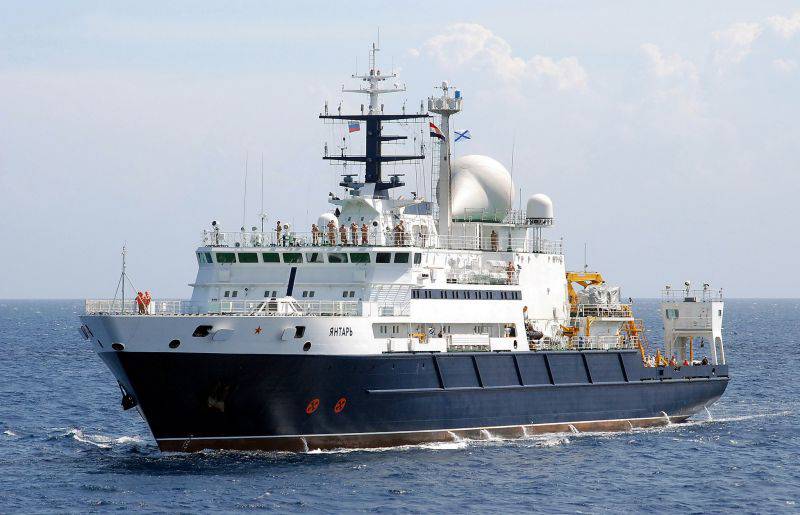 26 July 2015, the Andreevsky flag was hoisted on the middle reconnaissance ship of the 18280 project “Yuri Ivanov”, which became part of the Northern Fleet. According to reports, this ship received a complex of electronic equipment that allows you to perform various reconnaissance tasks. Accurate information on this has not yet been announced. It is reported that in the foreseeable future, similar ships will be built for the Pacific, Baltic and Black Sea fleets.

On December 11 a floating dock Sviyaga (project 22570) was accepted into the Navy. This dock is designed to perform various work on the maintenance of ships or submarines, and can also be used for their transportation, including the inland waterways of the country.

18 December The Northern Fleet received a sea transport for the Akademik Kovalev project 20180TV, built by Zvezdochka. The vessel has a cargo platform in the aft part, and is also equipped with a crane with a lifting capacity of 120 t. A platform is provided for the landing of the helicopter. 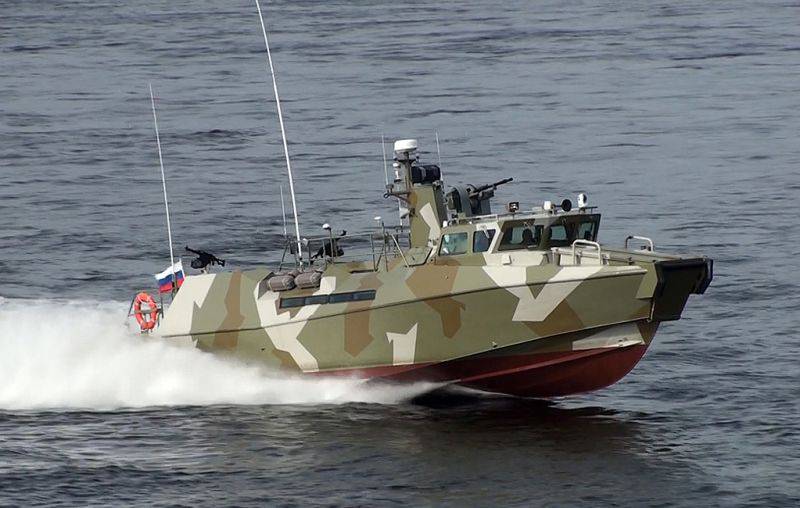 December 25 composition of the Pacific Fleet supplemented rescue vessel "Igor Belousov", built on the project 21300С. With the help of a complex of special equipment, this vessel will be able to assist surface ships, as well as rescue submarine crews. To perform the latter task, the vessel carries the Bester-1 deep-water submersible and remote-controlled systems, as well as is equipped with a pressure chamber and the necessary medical equipment.

In 2015, the industry successfully built and tested various auxiliary vessels. Thus, in January and March, the Baltic and Black Sea fleets, respectively, received one multi-purpose port service ship of the 03180 project. In June, the Black Sea sailors received the rescue tug vessel "Professor Nikolai Mura" (project 22870). Large hydrographic boats of the 19920 project were transferred to the Pacific and Baltic fleets. Pacific Fleet develops two floating cranes of the 02690 project. 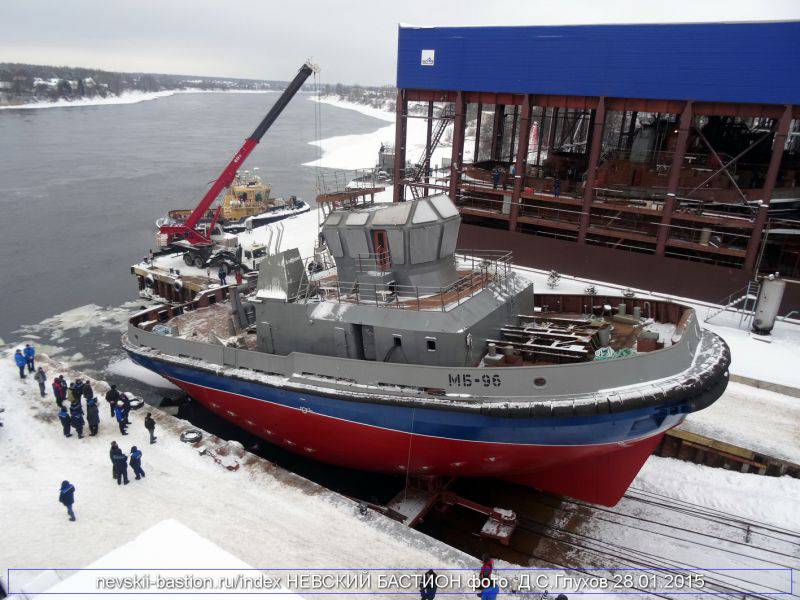 In 2015, the construction and testing of several tugboats of the 90600, 76609 and PE-65 projects were completed. These vessels are transferred to the Baltic and Northern fleets. The construction of tugboats for these projects continues.

According to the Ministry of Defense, last year the navy received two multi-purpose submarines and eight surface ships (excluding auxiliary vessels). These deliveries allowed to increase the share of new fleet equipment to 39%. Implementation of new orders and the delivery of new ships, submarines, etc. will increase this parameter. In accordance with the tasks set, by the end of the decade the share of new technology in the armed forces should reach three-quarters.

To accomplish the tasks, the construction of a large number of ships, vessels, boats and submarines is currently ongoing. In addition, work began on several new orders last year. The intensity of the work of enterprises in the shipbuilding industry suggests that by the end of the decade the navy will indeed receive the required equipment. The construction of new ships faces certain difficulties, however there is every reason to look into the future with optimism.

Ctrl Enter
Noticed oshЫbku Highlight text and press. Ctrl + Enter
We are
Gato class submarinesWalrus submarines
29 comments
Information
Dear reader, to leave comments on the publication, you must to register.