If gentlemen lose, they change the rules of the game. 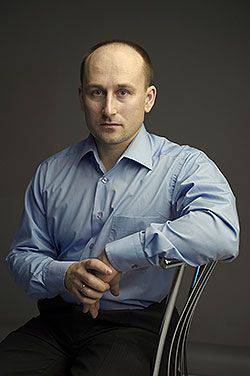 What is a "witch hunt"? Under that name in history included political persecution and repression, which the Communists and leftist sympathizers in the USA were subjected to after the Second World War, in the 50s.


After the victory over Hitler, the USSR and Stalin had such moral superiority, and our country's economy was recovering so quickly that Washington had a real fear of losing from the competition between the powers. What then began to do in the "citadel of democracy"? With Khrushchev’s help to explain to the whole world that Stalin was not the liberator of Europe from the Nazi ghouls, but the “bloody Stalinist regime,” the states can only after the death (poisoning) of the USSR head. It will be possible to undermine the moral superiority of the Soviet Union much later, along with the erosion of the country's economic base - the Union will begin to purchase grain precisely under Khrushchev.

Unable to compete honestly, Washington is beginning to change the rules of its democracy. Just as the IMF today is rewriting the rules of the economic game for the sake of keeping Ukraine afloat.

“9 February 1950, a little-known Republican senator from Wisconsin, Joseph McCarthy, spoke at the Republican Women's Club in the city of Wheeling in West Virginia with a speech denouncing communism. In particular, he said that the US State Department is simply filled with Communists. It was from this speech that the McCarthy movement began, nicknamed "Witch hunt".

And the persecution of those who thought otherwise, who felt sympathy for the USSR and communism, began. At the same time, NO ONE today's “human rights midfielder” does not recall this, and does not cast doubt on the “democratic values” of the United States, but diligently delves into the problematic nodes of Russian history. The fact that at this moment in the States, black and white citizens did not study together and did not even travel in the same transport, etc. and so on (racial segregation persisted until the 70 of the twentieth century) - these are “little things” that the liberals never recall. And if they are reminded of this, they deftly try to turn the “minus” into a “plus”, talking about how great it is that the United States got rid of the remnants of the past and made such a step forward. After all, they now have a black president! At the same time, the name of the American heads of state, in which blacks were separated from whites, is not covered with mud for it. With regard to the USSR-Russia, the “midfielders” of human rights and liberals of all stripes have a completely different approach - we must repent before everyone, smear Stalin with black paint and be guilty in everything. Although the repressions in the Soviet Union ended many decades ago (mostly in 1939), ended much earlier than the time when racial inequality ended in the United States. And since the 1985 year - that is, 30 (!) Years in our country do not put in prison many of those who should be sent there.

So, what happened in the United States in the middle of the twentieth century, when democracy supposedly triumphed there? For understanding, we will use the material absolutely liberal and "independent" editions of "Kommersant".

McCarthyism got its name from the name of Joseph McCarthy, who was the US senator from the state of Wisconsin in 1947 — 1957 and acted as the main fighter against the “red menace”.

After the Second World War, the United States feared that communism, represented by the USSR, could gain world domination, since some European countries were already under the influence of Stalin. In this regard, in 1947, the 33 th United States President Harry Truman ordered an inspection of all state employees.

9 February 1950, Senator Joseph McCarthy began the fight against communism, delivering a speech in which he listed more than 200 State Department employees to the Communist Party. Some time later, 3, thousands of US officials, added to this list.

Within a few years, McCarthyism spread to all areas of American society. Only in the first months about 800 people were dismissed, 600 still resigned themselves, without waiting for any decisions. In addition to the state apparatus, many famous figures, many of whom were also dismissed, condemned, or blacklisted, were subjected to “purge”.

One of the above cases: in 1953, the American corporation General Electric announced the dismissal of all employees of the Communists.
In those years, about 140 communists, dozens of union leaders, many scientists, such as Robert Oppenheimer (pictured), William DuBois, directors, actors and other representatives of Hollywood and the cultural elite of the country - “Hollywood Top Ten” visited the dock in the dock.
According to the Communist Control Act 1954 of the Year, the Communist Party was declared illegal and deprived of all the rights and privileges that other parties had. In addition, the Communists were forbidden to obtain a passport.

In Congress and in the US government at the time of the rise McCarthy preferred not to argue with him. Even the future US President Dwight Eisenhower, speaking in 1952, spoke about his community of interests with the senator.

McCarthy later became head of the Senate Investigative Subcommittee. Together with the Committee on Anti-American Activities of Representatives of the US Congress and the FBI, as well as having the support of Vice-President Richard Nixon, he was engaged in checking the personnel of government agencies and numerous controversial testimonies about officials' alleged ties with the Communists.
As Senator McCarthy, he advocated strengthening the Cold War, adopting anti-democratic and anti-labor legislation, inciting military and anti-communist hysteria. In the 1954 year, when congressional hearings were broadcast on nationwide television, it became clear that McCarthy’s activities discredited the highest US government bodies.

In 1955, McCarthy introduced his latest resolution to the Senate, which was rejected by 77 in a vote of four to four. Such an unexpected turn of events greatly influenced the senator, who began to drink a lot, which led to death from hepatitis in 1957.