In Dagestan, the leader of the bandit group has been liquidated

January 11 2016
16
In Dagestan, in the course of a special operation, the leader of the “tsumadin” gang, Magomed Abdulkhalikov, was destroyed, and measures were continued to find his accomplices, RIA News Post Anti-Terrorism Committee (NAC). 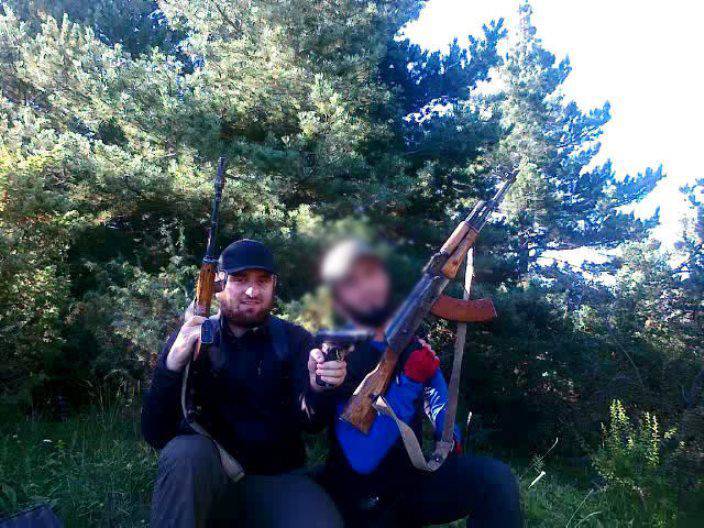 The report says:
“Today at about four o'clock in the morning during the counter-terrorist operation for the implementation of a complex of operational-search and ambush measures aimed at locating and detaining members of the armed forces involved in terrorist crimes, by special forces of the Federal Security Service of Russia under the leadership of the operational headquarters of the NJSC in the Republic of Dagestan on the outskirts of the village Kanada Tsumadinsky district was neutralized by a gangster who offered armed resistance. ”

The ministry clarified that the identity of the deceased was established: “this is the leader of the“ tsumadin ”gang Magomed Abdulkhalikov, who has many armed attacks on civilians and law enforcement officers, extorting large sums of money from businessmen”.

“At present, the scene of the clash has been blocked, measures are being taken in Kwanada to find Abdulkhalikov’s accomplices, including a gangster who was wounded during the special operation,” the NAC added.

There are no casualties among law enforcement and civilians.

Ctrl Enter
Noticed oshЫbku Highlight text and press. Ctrl + Enter
We are
Results of anti-terrorist work on Dagestan in April 2014In Nalchik, the leader of the bandit underground has been destroyed named Ubaida
Military Reviewin Yandex News
Military Reviewin Google News
16 comments
Information
Dear reader, to leave comments on the publication, you must sign in.