January 11 2016
21
At the Sevastopol branch of the Zvezdochka Ship Repair Center, operating on the basis of Sevmorzavod, the repair of the Sevastopol tug and the Alexander Tkachenko ferry was completed, reports RIA News report of the plant spokesman Sergei Dolzhikov. 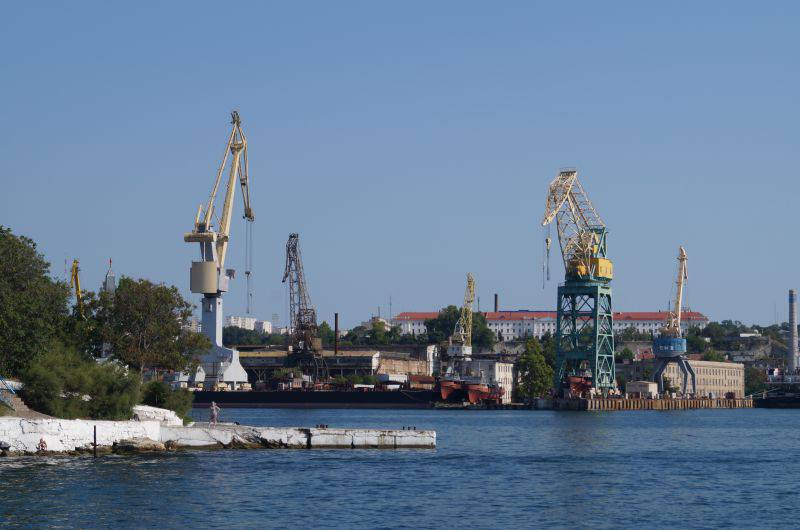 “A branch of CS Zvyozdochka in Sevastopol completed work on the Alexander Tkachenko ferry and the Sevastopol towing tug. The vessels were docked at the plant,” the spokesman said.

Dolzhikov added that “despite the recent power block of the Crimea, since May of this year, the company repaired the Kostroma tanker, the Artekovets motor ship, the Kalamit tugboat tug, and also provided the necessary work on the newest Black Sea submarine fleet "Novorossiysk" project 636 "Varshavyanka".

Now the plant continues repair work on the training ship “Chersonese” and is preparing to receive the next ships.

Ctrl Enter
Noticed oshЫbku Highlight text and press. Ctrl + Enter
We are
The representative of the CS "Zvezdochka": the idea of ​​transferring the Sevastopol plant to Inkerman is absurd
Military Reviewin Yandex News
Military Reviewin Google News
21 comment
Information
Dear reader, to leave comments on the publication, you must sign in.