January 12 2016
37
Imad al-Din Aisha (Egypt), Ph.D., an expert in international studies, who taught at the American University of Cairo, and then became an English-speaking employee of The Egyptian Gazette and Egypt Oil and Gas, spoke about “ambitions” and "Strategy" of Russia in the Middle East. 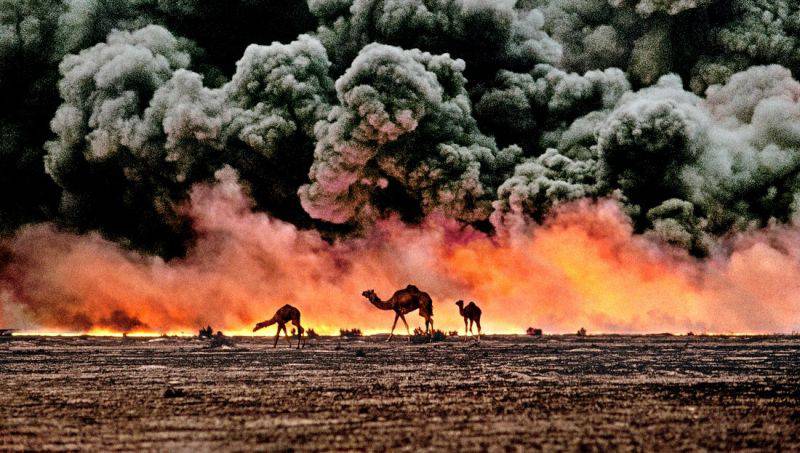 One of the latest articles by Imad al-Din Aishi, published in the Egyptian newspaper Daily News, is dedicated to the strategic interests of Russia in the Middle East.

One author’s journalist friend (name isn’t) told Mr. Aishe that Russia is ready for a major strategic operation in the Middle East, which, starting with an air campaign in Syria, later "compensates" all those defeats "from the end of the Cold War and the fall of communism" who humiliated Russia and practically drove it out of the region.

According to this anonymous friend, in the current Russian actions there are a number of “economic motives”. The Russians decided to try again to enter the region.

Moscow tried to restore its presence through the alleged participation in the development of Israeli natural gas fields. Israelis were offered offshore drilling platforms. In reality, according to the anonymous author, the de facto Kremlin was offered a “security umbrella” that would cover Israel from “intrusive terrorists” from rocket attacks.

However, it is known that Tel Aviv did not respond to this kind of proposal. The “friend” concludes: there was nothing left for the Russian, how to start the “Syrian campaign”, thanks to which the oil and gas resources of Syria were “involved in the Russian orbit”.

Further, in the article by Imad al-Din Aishi, it is stated that the incident with the Russian military plane on the Turkish border could have been expected: after all, Turkey, "once awake," suddenly discovered that its neighbor in the south "became a huge Russian military base." Russian actually took Turkey "in ticks".

Syria has always been a springboard for Russia in the countries of the Middle East and the Mediterranean, the author believes. That is why the Soviets did not support the unity of Syria with Egypt, under threats forced Egyptian President Gamal Abdel Nasser not to hold Syria in an alliance by force and were not even very interested in uniting Syria with Iraq. According to the analyst, the Russians were much more willing to "punish the Israelis for the 1967 war of the year" than to get close to Egypt. The journalist believes that there can be parallels between what is happening now and what was happening at the height of the Cold War.

The author is confident that what has been said above correlates with the catastrophe of the Russian passenger aircraft in Egypt on October 31. A bomb was used for the attack (“if, of course, it was a bomb”) with a high-altitude fuse. The situation reminded what happened over Lockerbie (Boeing 747 21 explosion December 1988 of the year).

The author believes that Russia is now “punished” for its “regional ambitions”, especially for those actions that are directed not at the “Islamic state”, but at the forces of the Syrian opposition, including Islamist and non-Islamist.

At one time, the Lockerbie incident was used to put pressure on Muammar Gaddafi ("another Soviet ally in the Mediterranean"). The tragic event was the reason for the introduction of the embargo: Gaddafi had to bow to the West.

The “parallels” here are the following: now, France, after the attacks in Paris, clutched Syria with a dead grip. Meanwhile, both Russia and France are allies of Egypt. Egypt's tourism industry has been hit hard by the attacks. In addition, the Russians have always loved to visit Egypt.

However, it is strange to think (regardless of who organized the terrorist attack in the sky), as if a catastrophe with a Russian plane would force the Russians to leave the region. Probably, a catastrophe will even lead to the opposite effect, the author is sure.

One cannot say about Russia that it now has no way out, as it was at the end of the Cold War. And the United States, the analyst believes, is now "not as omnipotent as it once was." In addition, "the Arabs more or less woke up." Other capitals of the Arab world are even trying to get out of the influence of both the United States and Russia.

Meanwhile, Putin does not leave the "path of war." He will stand on it until he finds out who really blew up the plane. And, most likely, he will find out and make him pay for it.

7 January militants attacked a tourist bus in Cairo. True, instead of explosives, they used pyrotechnic means. No injuries. However, the next day, people allegedly arriving by sea attacked the hotel in Hurghada. As a result of the attack, several vacationers from different countries suffered

Terrorist attacks resumed on January 9. On this day, armed militants killed a policeman and a soldier in Giza (an outlying district of Cairo). Responsibility for the attack took the "Islamic State".

In Hurghada introduced a state of emergency.

There are no Russians among the wounded in Hurghada. 6 of November of last year V.V. Putin agreed with the recommendations of the FSB director Alexander Bortnikov regarding the suspension of the Russian air traffic with Egypt.

We have already written to the "VO" that the radical Islamism in Egypt has not gone away with the departure of M. Mursi and the Muslim Brotherhood from the political arena. Many of these "brothers" share the ideology of the "Islamic state". The latter is interested in spreading its influence as widely as possible in the region and even across the globe. IG thinks in terms of the world caliphate, and its enemies are all who oppose it, regardless of whether they are Muslims or Christians, Russians or French.

Observed and commented on Oleg Chuvakin
- especially for topwar.ru
Ctrl Enter
Noticed oshЫbku Highlight text and press. Ctrl + Enter
We are
Ban flights to Egypt. What happened to the plane and what awaits the Russian tourist business?Strangulation: the context, conduct and consequences of the American naval blockade of China
37 comments
Information
Dear reader, to leave comments on the publication, you must to register.