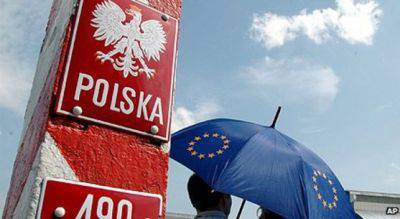 Chairman of the European Parliament, Martin Schulz, said that the Polish government is building a policy along Russian lines, which could lead to the “Putinisation” of Europe. Poland’s policy contradicts European values, Schultz believes. Volker Cowder, head of the parliamentary faction of the Christian Democratic Union in Germany, spoke in the same vein, noting that in case of violations of European principles by Poland, EU members should “go for sanctions”. Thus, Warsaw will make it clear: the basic values ​​of Europe “cannot be violated”.


"The anti-Polish" statements of German politicians led to the fact that in Warsaw "on the carpet" was caused by the German ambassador. A spokesman for the Polish Foreign Ministry did not even specify, just said: "there were many such statements." And now Poland is going to protect its “image”.

The fact is that last week, Martin Schulz, the speaker of the European Parliament and representative of the Social Democratic Party of Germany said that the Polish government's policy is very reminiscent of Putin's policies in the Russian Federation. Schultz called the polity in Poland "Putin-style democracy." In his opinion, European politics may be in danger of “Putinization”.

Some German MPs have gone further, proposing to punish Poland economic sanctions - that is, to deal with it as with Russia. According to the head of the parliamentary faction of the Christian Democratic Union, Volker Kauder, in case of a violation of Warsaw's “European principles”, the EU states should “go for sanctions”. The Polish government should learn that the basic values ​​of Europe "may not be violated."

Let us turn to the sources of these remarkable statements.

Martin Schulz, notes political commentator Thomas Guchker, is unhappy that the new Polish government has set out to subordinate the welfare of the state to the interests of the party. Poland’s construction of a new policy based on the Russian model threatens European policy with “dangerous Putinization” (gefährliche Putinisierung). Schultz said this directly to the Frankfurter Allgemeine Sonntagszeitung employee.

Schulz also believes that "the entire democratic spectrum in order, from left to right," understands that such a policy is contrary to "basic European values."

The publication cites another statement, which also touched the parallels between Polish and Russian politics. MEP Viviane Reding, formerly EU Commissioner for Justice, Fundamental Rights and Citizenship, is convinced that “attacks on the rule of law” always start with an attack on the constitutional court, followed by the media (“first public, then private”). “This is the logic of Putin, Orban, Kaczynski,” Reding told a journalist.

In addition, Reading believes that Europe needs to make efforts to "strengthen the Polish civil society."

Voices from the German Bundestag called on the European Union to punish Poland with sanctions. This was openly said, for example, by the chairman of the Christian Democratic Union / Christian Social Union Volker Cowder.

The politician gave an interview to the publication "Der Spiegel"In which he noted that Poland continues to ignore the rule of law.

“If the member states (EU) find a violation of European values, they must have the courage to impose sanctions” (against Poland), said Cowder in an interview with the magazine.

"The Polish government should know - he said - that there are certain fundamental values, and they can not be violated in Europe."

In addition to Herr Kauder, the chairman of the CDU / CSU faction in the European Parliament, Herbert Reul, called for financial sanctions against Warsaw.

“We have to introduce economic sanctions in the event that political means do not give anything,” he told the Spiegel journalist.

Why did the big German politicians take up arms against Poland?

In October last year, the Law and Justice party won the parliamentary majority in the Polish elections. She formed a one-party government. The premiere was Beata Szydlo. The leader of the party, as you know, is Yaroslav Kaczynski. President Andrzej Duda is also a member of this party.

The new government did not postpone urgent cases for long. Laws on the reform of the Constitutional Court and the reform of public radio and television were passed through the Sejm.

The other day, January 7, Polish President Andrzej Duda signed the media law, which Parliament approved at the end of last year. This document is really at odds with democratic values, as it allows the government to appoint and dismiss the leaders of Polish public television and Polish radio at its discretion. The new law abolished competitions for these positions.

European Commissioner Günther Oettinger called for the use of the EU legal mechanism, providing for a dialogue with the EU member state suspected of violating legal norms.

The European Union issued recommendations to Warsaw: do not sign the laws. However, Duda did not heed the advice of Brussels, and now the EU has started talking about sanctions. January 13 board commissioners will discuss the situation in Poland, and the plenary meeting of the European Parliament, which held a debate on the issue will take place in January 19.

Polish people are dissatisfied with the innovations of Duda and his political colleagues. There have been mass protests that engulfed two dozen cities. The organizer was the Committee for the Defense of Democracy.

According to activists, the Polish media can turn into state-run subordinates of the ruling party. As a radio correspondent reported "Freedom" Alexey Dzikavitsky, at the Polish Public Television building in Warsaw, thousands of demonstrators chanted: “Let's defend democracy!”, “Free media - free Poland!”

Members of the Polish government, apparently, neither the voice of the people, or strongly disagree with their decisions criticized the European Union. Already, some conspiracy theories officially voiced by Warsaw.

Polish Foreign Minister Witold Vashchikovsky believes that his country is being used in the struggle within the European Union: there is a game between the European Commission and the European Parliament, of which very few people know.

“There is a struggle for who will rule,” the politician quotes "BFM". - Who on the example of clarifying the situation in Poland will receive superiority and superiority in decision-making. This game takes place without us, and we became its victim. "

However, what kind of game is it, what is its ultimate goal and why is Brussels “playing” with Poland, the foreign minister chose not to report. The “victim” knows who her executioner is, but does not know why she is being hacked off.

In fact, the minister darkens. The otgadka lies on the surface: the party “Law and Justice” in the person of the ideologist Kaczynski and his appointee President Andrzej Duda are cleaning up the power in their hands. To strengthen their own power, they need to weaken the supreme judicial power and make puppies of the leading major media. No one would believe that the people's protests in 20 Polish cities organized by the US State Department. Moreover, Poland is not Ukraine at all, it has long since got rid of the “Soviet” influence, not only swearing to Washington, but having done something else, about which in the 2014 year Pan Sikorsky told for a bottle, having used expressions about "frarah", "shit" and "Negro".

I wonder what Poland will do with its apples, if not only Russian retaliatory sanctions, but also EU sanctions will act against it?

Observed and commented on Oleg Chuvakin
- especially for topwar.ru
Ctrl Enter
Noticed oshЫbku Highlight text and press. Ctrl + Enter
We are
Results of the week. "Go on a horse, a century of will not be seen!"Situational analysis of the death of the MH17 flight (Malaysian Boeing 777), made on the basis of engineering analysis from 15.08.2014
Military Reviewin Yandex News
Military Reviewin Google News
48 comments
Information
Dear reader, to leave comments on the publication, you must to register.