Stone flower did not come out ... 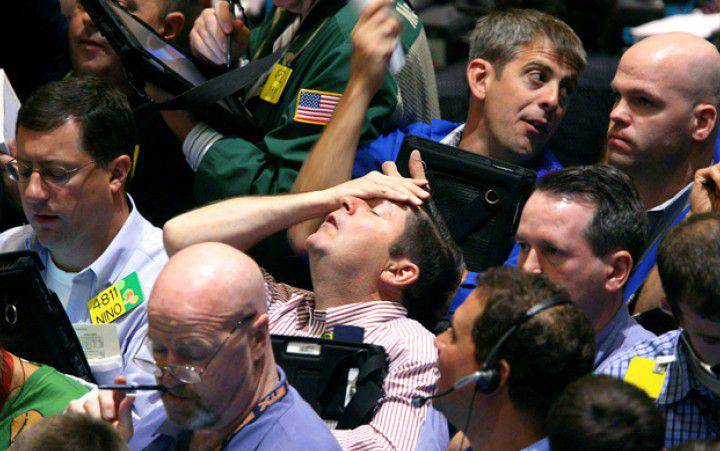 What to say looking at news about the migration of US stock indexes and how much the richest people in the world lost in the first few days of the New Year? - Only one thing: not grown together! Happiness was possible, but the world was inhabited, as our ex-brothers in Ukraine would say, vile and sad. By the way, the latter definition fully applies to them.

Over the past two years - starting with the Maidan in Kiev - our "respected" American partners literally did not sleep at night and did not eat an extra piece of bread, but ran around the world in the hope of "fan the world fire." It is even difficult to list all the “cases” that they tried to implement at the same time. Here and the war between Russia and Ukraine (Russia, as is known, did not appear in the war), and the escalation of confrontation between the two Koreas, and an attempt to defrost the conflict around Nagorno-Karabakh, and pushing their heads against Iran and Saudi Arabia Despair - an attempt to resuscitate the "Indo-Pakistani incident." Out of desperation, because the conflict between the two nuclear powers is, of course, cool ... Oh, yes, let's not forget the Russia-Turkey line!

Everything turned out to be useless. Having reached the final point, behind which there was only a declaration of war, the countries designated by the instigators of the arsonists recoiled as if on command. Presumably, on the one hand, the instinct of self-preservation, and on the other, knowledge stories. No one wanted to burn in the furnace for the glory of the United States as Germany had burned in her time. And everyone somehow understands that it will be so.

I remember that in the now not very close year of 2008, the United States already tried to play this card in order, as usual, to squeeze the crisis out of itself and transfer it to Europe. Then the role of instigators was played by Georgia, only it seems to be ours - it was not that Mishiko Saakashvili arranged a false start. For some reason, he was late with his attack on Tskhinval, the crisis was already raging, and it was impossible to stop it with a local war. And there was not enough time to develop this conflict into a full-scale massacre on a global scale.

I suspect that it was precisely this that the United States could not forgive Saakashvili. And they will not forgive Poroshenko and their other puppets. Therefore, we sit down more comfortably and observe the development of the crisis, and at the same time - reprisals the US with those who did not live up to their hopes. They will all still have the opportunity to recall the fate of Saddam Hussein ...

Ps. I would like to add that the ideal option would be the escalation of the incident of the Malaysian Boeing into a world war. That is why so much energy has been spent on the unwinding of this tragedy. But, for the obvious reason, Europe took a step back at that moment - and the US cannot forgive her for this until now, and sending refugees to her is most likely a punishment, including for that.

Ctrl Enter
Noticed oshЫbku Highlight text and press. Ctrl + Enter
We are
About Stalin and KhrushchevWhat you didn't want to know about England
Military Reviewin Yandex News
Military Reviewin Google News
74 comments
Information
Dear reader, to leave comments on the publication, you must to register.