How a small NIS managed to harm NATO

January 16 2016
13
It was in 1997 year. Our Murmansk research seismic survey vessel (let's call it Akademik Schastnyi) conducted a planned seismic survey in the Norwegian part of the North Sea. On the instructions of geologists and oilmen. 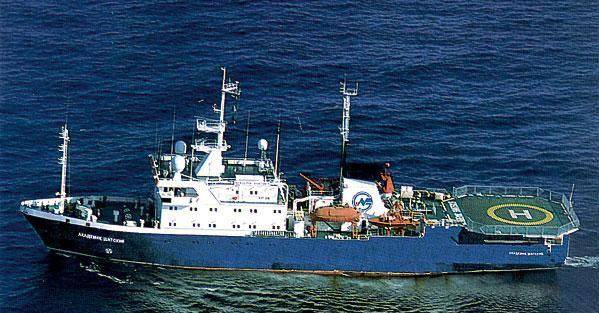 It was at night. We lit the usual in such cases navigation lights (three white towing and red-white-red: the ship is limited in its ability to maneuver), the "tree", as the sailors say, and dragged their eight-kilometer long seismic vehicle behind the stern.

The scythe is a transparent gut with a diameter of 10-15 cm, on which sensors and other hydrographic equipment are located with an interval of approximately 200 meters. Immediately behind the stern of the vessel-seismic still very powerful pneumatic guns are located. The task of the guns is to shoot high pressure air into the bottom of the sea, the task of the sensors on the braids is to receive echoes reflected from the bottom. Based on the nature and structure of these echoes, scientists on board ship determine the size of oil and gas reservoirs on the seabed, if any.

When a seismic goes "on the profile" with a scythe, it usually does not give way to anyone, on the contrary, it warns all vessels to keep away from it. With a discreteness of approximately minutes in 30 in all known languages, we transmitted such warning messages on VHF radio station. The brief meaning of which: "Everyone is afraid and not to approach, but not that ..." Usually, all the vessels behaved accordingly. In addition to fishing. Fishermen to our complaints in the style of what we, say, have been doing seismic here for a year now, and it’s time to know about it, usually answered like this: "And we've been fishing here for thousands of years, and turned your seismic on our winches! "

This time we walked calmly along the profile until the lights of a suspicious vessel loomed ahead. Suspicious because also with the Christmas tree. Red-white-red ... Limited to maneuver. Perhaps the same seismic ... This is worse than fishermen!

I, the watch navigator, rushed to the ship's automatic identifier (AIS system). What the hell? Warship ... Warrior, and certainly NATO. He is rushing at me, surely he is plotting something against our submarines, or he is shooting, I am against him. Usually in such cases, someone alone must give way. Because the departure from the profile for seismic is a grave crime after losing the spit itself (worth millions in. E. e.). It is punished by many thousands of money for the company and the loss of the person for the shipmaster. However, if it were the same seismic, albeit an enemy one, I, perhaps, would have turned it off. But here - the adversary. The most that neither is! It works against us! And I, in all languages ​​known to me, including the abusive, began to drive the accursed imperialist out of the way.

As usual with NATO warriors, he does not respond, but rushing at me. Already visible silhouette in the night. The size of my "Academic", but certainly with machine guns! Against my emergency flares. But we are in vests! I decided: I will not give way to anything, until the collision will not go. Vrazhin already began to respond. And also not inferior, see, too, is afraid of losing his face ... He began to demand that I wake up the captain. And I say - the captain is resting, and I first started calling you - give in! If there was a day, we would have dealt with the enemy simply. They would have lowered the speedboat, drove past the side, read the name, and would have called it all over the North Sea using the secret name on board. Very NATO members do not like this, they even complain somewhere in Brussels about this. And we have a kind of sport. But here night, the boat you will not lower.

The NATO member almost implored him to miss it, but it went on principle, and I turned it off for order, of course, but not to ruin the profile, and the adversary had to completely interrupt his "profile" ... I can imagine how many millions of bucks we are their ministry of defense! I'm not talking about the loss of their NATO face ...