Genocide as the foundation of the American economic "miracle"

January 11 2016
34
Since the end of the 80s, thousands of various publications have come out in our country, the main point of which was that история Russia is a kingdom of impenetrable darkness, in which the shadows glimpsed representatives of the “unwashed wild people”, which was repulsive to the princes, the feudal arches, the red terror, the bloody Stalinist gebny, and the Andropovism.


The quintessence of these, if I may say so, works was that the people of Russia experience universal happiness only at the moment when “liberators” come to their land, which is typical foreign ... They, you know, want to rescue us all from oppression, oppression and the yoke, and we, the dirty-unwashed-uncomprehending, are unable to perceive the humanistic mission that these people carry us.

And so that the essence of the processes was finally understood by us - the authors of the “works” suggest continually repenting, dropping to their knees and closing their palms on the chest with an ingratiating and filled with reverence before the “liberators” look. And as the main example of how a truly democratic society should live, the most “exclusive” state in the world is proposed, for example, you know what ... A state with its naturally bright history, with a humanistic attitude towards nations in its retrospective and religions.

And indeed, somehow, one did not have to meet with the publications of American human rights activists who would call, for example, to repent before dozens of states of the world for the monstrous suffering that the “exceptional nation” brought them at different periods of their development. And if such publications appear in the United States, they don’t go further than newspaper notes, let alone become almost entire sections in American history textbooks. Whether we are dealing with a whole generation of young Russians from the first day, not without the help of Soros’s study aids and grants, they were hammered into the fact that the main thing in this life is frantic consumption and tearful apologies “for occupation”.

So, the whole world is “aware” of the fact that the United States is the brightest and most democratic state in the world, that its history is the process of building an unshakable democracy and love for humanity ... However, the world does not know what it has been in recent years the current US President Barack Obama) from American history textbooks, entire chapters began to disappear about how American “democracy” was built 150-200 years ago, and due to which the transatlantic state managed to make an economic breakthrough in the nineteenth century. The jerk made possible by the use of the slave (unpaid) labor of millions of people, cut off from their homeland and thrown into the millstones of suffering and death.

The name of a geographical place, which for many years for the USA and for a number of other countries of the world (primarily African), has almost disappeared from American historical science. This is the island of Horus (Gore / Gori), owned by Senegal (previously - France). But it is from Grief (involuntary pun) including the “legs” of the American economic miracle of the past centuries. 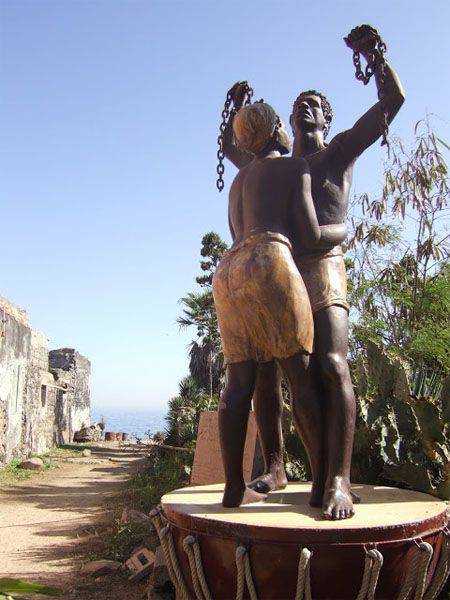 From the end of the 19th century, European historians began to publish materials that stated that one of the major slave markets in Africa was located on the island of Horus, where caravans of ships were sent to the shores of North and Central America filled with African slaves. From the beginning of the 18th century to the middle of the 19th century, more than 5 of millions of slaves, acquired, if I may say so, by second-hand dealers, passed through Senegal as a transit zone of the slave trade. The dealers brought African slaves to the islands of the Caribbean, from where they came to American slave owners. 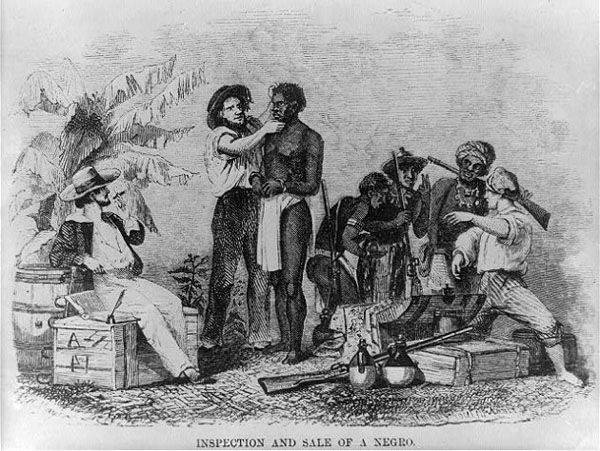 Attention is drawn to the fact that American publicists, including Richard Lobban, even attempted to refute the facts of the more than large-scale export of the African population for slave labor to America. The “philosophy of refutation” was approximately the following: the island of Gore is too small to serve as a major transit point of the slave trade, and water approaches to it would not at all allow large-scale supply and export of living goods, as if some European historian tried to say that slave traffic in the United States was exclusively from Senegalese (French at that time) island ...

The pioneers of the slave trade in the same Senegal were the European "democratizers" from the Portuguese, French and British. The merchant fleet of these countries became the main bridge of human trafficking that connected the African continent with America.

The scheme of "seating" slaves on ships: 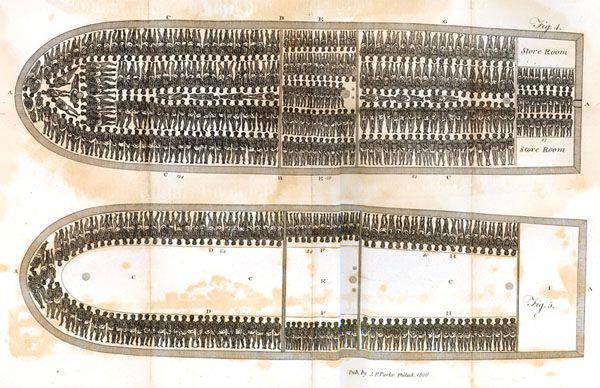 Up to several hundred slaves were loaded on a single merchant ship from the African port to the United States, which previously underwent a very specific quarantine at special assembly points (for example, on the same island, Gore). Quarantine was limited to identifying the strongest and healthiest Africans who were required to work on another continent. The main "feature" of quarantine is the almost complete lack of food in the first few days after the slaves were brought to the assembly point. If a person did not lose consciousness, and his health did not have time to shake in damp basements without food and water, then he was given a “special diet”, which, in addition to water, included, for example, dried cattle excrements and fish meal. The first shoots of democracy ... 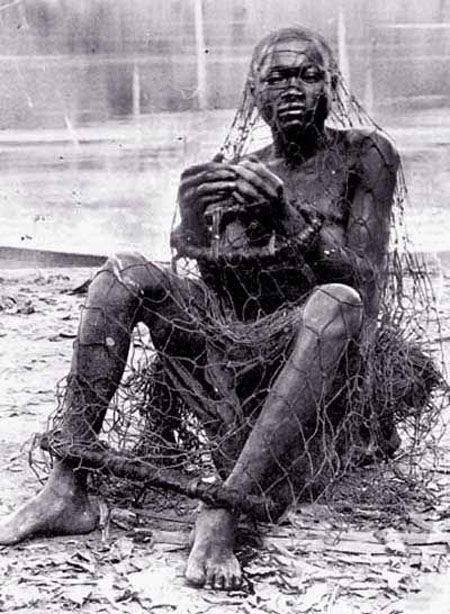 Strong men and virgins were in the greatest demand. Based on a number of signs (gender, state of health, anthropometric data), a “sorting” of a living commodity was performed. In addition to paying for slaves with “live” money, there was an exchange option. Slaves traded for alcohol and tobacco. They tried to separate children from their parents at once, so as not to spend money on "family" transportation across the ocean - the child had little chance of surviving such transportation.

Historiography tells that every slave owner forked about a quarter more slaves than what he needed. The reason is that the Atlantic on merchant ships was overcome by no means all. On average, one out of every five perished if, on the way, an epidemic did not flare up on board, which took up to 90% of slave lives. Over time, the slave system was born, in which payment was made only for live goods delivered to the site. That is why the selection in the slave markets has tightened - any manifestation of the disease was the reason for the banal deliverance from man. Get rid of without spending patrons. Man was deprived of water - and the deed is done ... 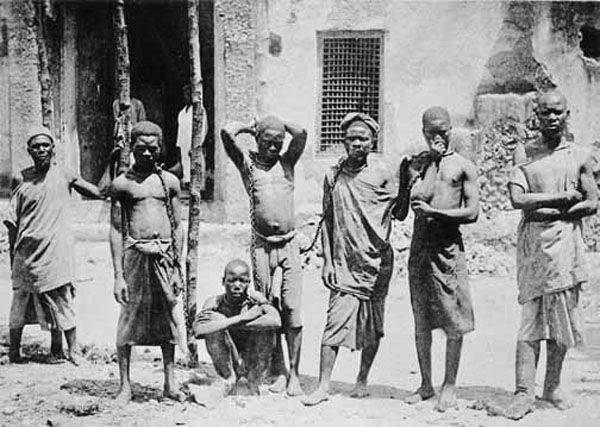 By the most conservative estimate, a total of at least 14 million people were taken from Africa to Africa! How many of these people have disappeared - the question is still open. If we return to the information about the “quarantine” at the so-called assembly points, then we can safely say that the most efficient African population was exported, that for many decades it actually drained colonial Africa, and, as a result, time gained nominal independence. The only characteristic that can be given to this process fits into the term "genocide". It was the genocide of the African population that served as the basis for the formation of that economy, which today in certain circles is called the most developed in the world. Using the results of slave labor allowed planners and owners of manufactories, workshops, shipyards, etc., to make super-profits (and these are hundreds or even thousands of percent of investments). It is worth noting that the North also profited from the exploitation of slave labor in the United States itself, allegedly fought for the liberation of slaves. The war for the emancipation of slaves is an American myth, just like the statements that slaves allegedly did not play an important role in the American economy.

From the 90s of the last century, American presidents began to arrive in Senegal in order to see with their own eyes the starting point of slave traffic. Gore Island was visited by Bill Clinton, George Bush and Barack Obama. 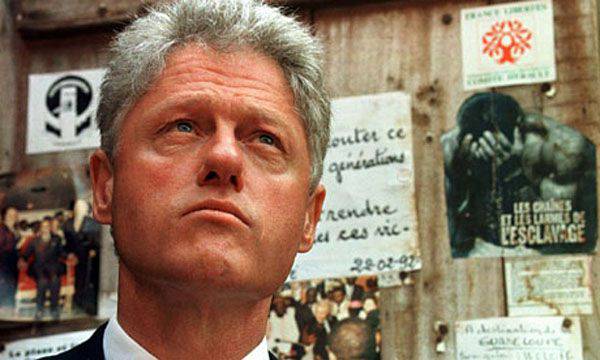 The arrival of each of these people was perceived by the Africans with the hope that the United States would finally repent to African peoples for acts of genocide of the past centuries. However, it happened that after the speeches of the American presidents, the same Senegalese fists clenched even more. What is the reason?

Thus, during his visit to Dakar, the President of the United States (at that time) George W. Bush made such a fiery speech that he even declared “the slave trade as a crime against humanity and one of the main violations of civil rights and freedoms”. However, at the moment Bush spoke, it happened that his speech sounded exclusively for the elect. Dakar was transformed by a US security system into a city with empty streets. People were literally kept in houses, not even allowing them to approach the windows to see the American president’s motorcade. The ferry service to the island of Gore was completely closed, and those who were on the island earlier were kept in a single hotel so that “they would not be disturbed by the President’s excursions”.

In 2013, a terrible place - the former slave trade market in Senegal - was visited by Barack Obama. History repeated. Scandal added chewing gum in the mouth of the American president during a visit to the "house of slaves" and complete cleaning of the island of Gore from the local population. 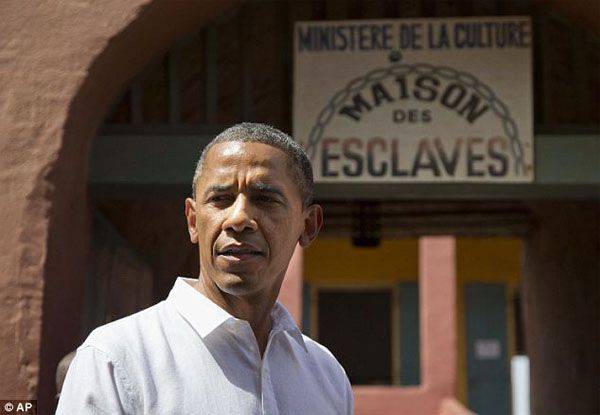 Intelligence agencies announced that the island must be left for a few days, as some local residents were "noticed during the riots of football fans." Before Obama’s visit, there was an operation “Karaanguee”, which can be translated as a “sweep”.

As one of the Senegalese journalists stated then, “it seemed that they continue to look at us from top to bottom, and that someone from the American retinue will be forgotten and grab a couple of slave women from the island of Grief ...” Exceptional OK, the beacon of democracy and respect for human rights - Who would doubt that...

And today, in order for the US economy to feed on new juices, the States do not abandon the policy of genocide. From Libya to Iraq, from Syria to Ukraine. The methods are new, the essence is virtually unchanged. What is the novelty of the method: from the slavery of a single person, the transition to slavery of entire states and regions of the world has been accomplished. There are their own dealers, ready for the "chocolate" or "tobacco" to change entire nations for their own well-being. The states themselves surrender their interests in order that the “master” does not reach the whip.