Something About Buttons and the "Tin Plague"

January 14 2016
36
In 1868, academician Yuly Fedorovich Fritsche presented a report at a meeting of the St. Petersburg Academy of Sciences that a blatant incident occurred at military and customs warehouses: all tin buttons and bars crumbled. The causes of the "tin plague" at that time were unknown. It was decided this way: in the cold the tin “catches cold” and turns into gray dust. Moreover, the “sick” tin can “infect” the “healthy” one.


Shortly after this meeting, reports of similar incidents in Europe began to arrive at the Academy. The same happened with a huge number of tin bars that were transported to Moscow from Holland freight train.

And how not to remember the World War 1812 of the year, during which Napoleon’s soldiers lost buttons on their uniforms with the onset of frosts - those “legs” simply fell off, and then the buttons fell apart!

Tin "plague", unfortunately, destroyed and the most valuable collections of soldiers. So, in the Petersburg museum of Alexander Suvorov a lot of toys crumbled when the heating batteries burst in the winter.

Or another история, also in St. Petersburg at the beginning of the twentieth century. At one of the military warehouses, the audit revealed the disappearance of several thousand tin buttons for soldiers' uniforms. The boxes in which they were previously stored were now filled with an unknown gray powder. The warehouse manager was threatened with a prison. However, inspectors at his insistence sent the detected powder for chemical analysis, which confirmed that it was tin.

The essence of this phenomenon was explained by metal scientists much later, when they were able to figure out the structure of the tin crystal lattice. The fact is that at temperatures below minus 13-15 degrees Celsius tin white forms a new modification - tin gray. However, the distance between atoms in the crystal lattice of gray tin is greater than white, that is, the atoms are less densely arranged. In addition, the lower the temperature, the higher the conversion rate (it becomes maximum at -33 degrees Celsius). So it turns out that in the bitter cold the tin cracks and turns into powder. "Cure" it is possible if combined with the so-called stabilizer, in the role of which another metal can act.

And if we talk about buttons on military uniform, then in the time of Peter the Great, they acquired particular importance, becoming an obligatory attribute of officers and soldiers uniforms. There is an opinion that Tsar Peter specifically ordered to sew several buttons on the cuffs of uniforms to wean the soldiers to wipe their mouths or nose with their sleeves - and very successfully coped with this task. True, another legend says that exactly the same order was given by Napoleon, and for the same reason.

At the time of Nicholas the First, a relief drawing-stamp appeared on the “professional” buttons (for sailors, for example, it was an anchor). Here it should be noted that Nikolai sanctioned the simultaneous use of two variants of the state emblem. The first is simplified: an eagle with wings spread (lowered) under one crown. In the second version, the eagle had three crowns (these are not all differences). The first option was mainly used by the military, and the second - civilian. But, of course, the change in the image of the coat of arms caused changes in the pattern on the buttons. So, in 1857, when the image of the small coat of arms was changed, the guards began to mint a new eagle on buttons. And in 1904, Nicholas II granted the right to all parts of the Russian army to wear buttons with the image of an eagle. 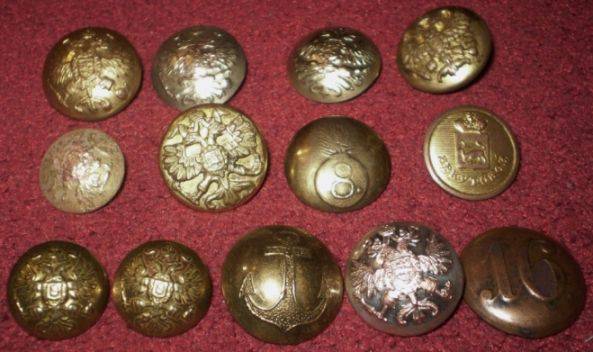 By the way, when they shot the famous film “War and Peace”, several thousand uniforms, copied from a sample of the Russian army uniform of the beginning of the nineteenth century, were made for a special battle scene. The Moscow factory Gosshtamp manufactured for these uniforms a huge batch of shaped buttons with minted imperial eagles. Of course, the drawing was rather generalized, these buttons cannot be called exact replicas of their old sisters, but nevertheless, the work was done enormous and worthy of respect.

In general, on the button it was possible to say a lot about its owner. For example, buttons with numbers reported on a specific military unit. The minted two-headed eagle on the cannons said that the uniform belonged to the artilleryman. An eagle on anchors appeared in 27 September 1904 sailors of the year, in honor of the joyful news of the birth of the Tsarevich.

If the imperial crown was minted on a button, it means that the members of the imperial family had patronage over the regiment (this is the period from 1862 to 1907). And in the 1869, such buttons were worn by the Third Lancers Regiment of the Smolensk Regiment (later - the Dragoons).

I recall a passage from the famous work of Gogol: “Judging by the buttons of your uniform, you must serve in another department,” said Nos to collegiate assessor Kovalev, turned away from him and continued his prayer ...

During the Great Patriotic War, the buttons stopped reporting such detailed information about their owner. True, there was such a fact: on the front side of many standard metal buttons of the military uniform of our fighters there is a five-pointed star, a sickle and a hammer. And on the back side, an inscription in English is imprinted: "Made in Chicago." Yes, there were lots of buttons from America at that time. 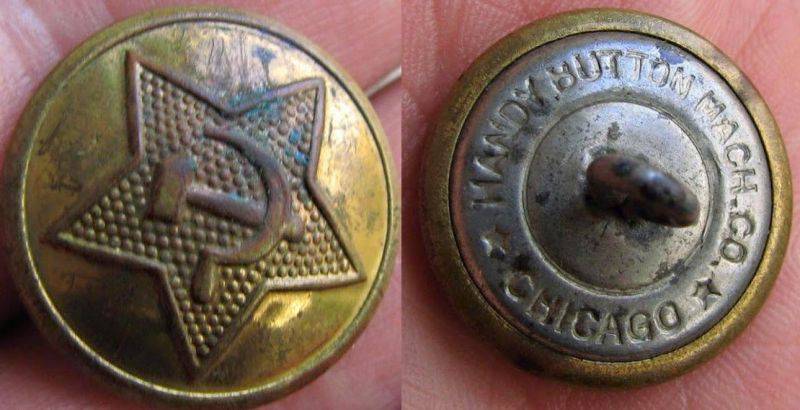 Finally - the story of how a button saved the life of our soldier, Sergey Iosifovich Rubes, director of the boarding school No. XXUMX of the city of Vladimir. Sergey Iosifovich went to the front in the first days of the Great Patriotic War (at that time he turned 1 year), first served as a private soldier, then became an assistant platoon commander, and in 21 year - a rifle platoon commander. So, in September, 1942, during the battle, an enemy bullet hit the right side of the fighter's chest. From a strong blow, Sergei Iosifovich fell to the ground and lost consciousness. And when after some time I came to myself, I saw that there was a hole in the place of the button. Wow, the bullet landed just in the button ... And if a millimeter to the side ... 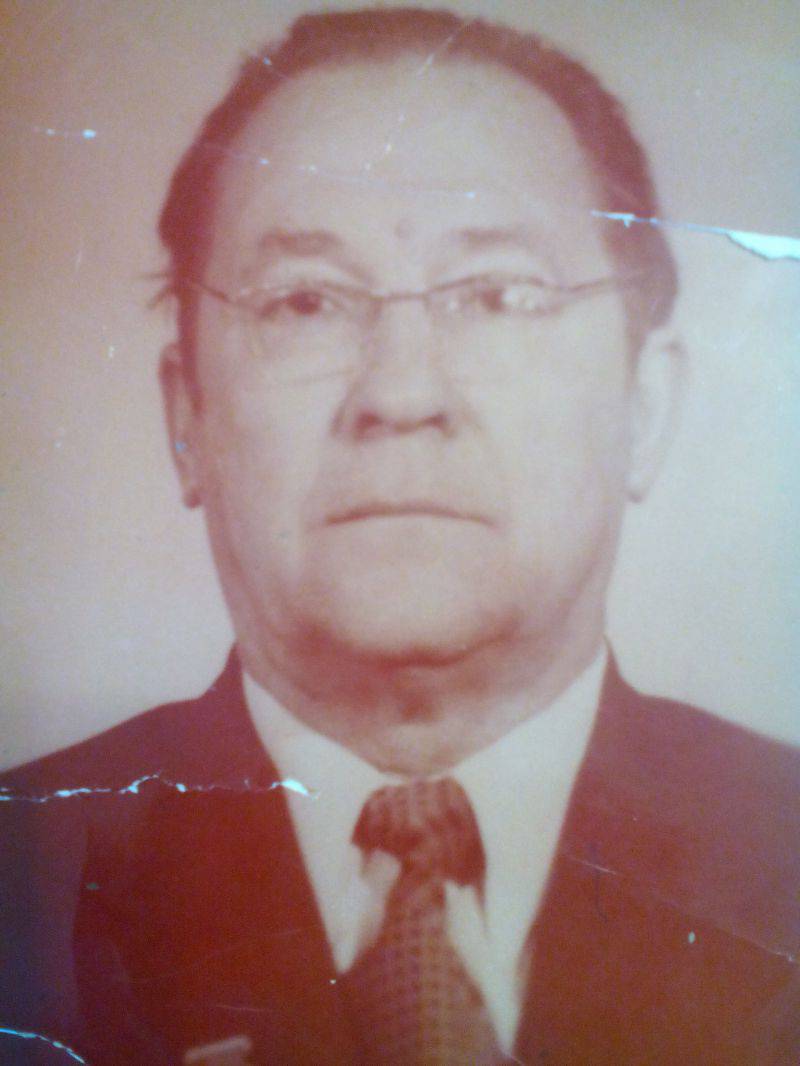 Ctrl Enter
Noticed oshЫbku Highlight text and press. Ctrl + Enter
We are
Congratulations on the 285 anniversary of the birth of the Great Russian commander Alexander Vasilyevich Suvorov!Cossacks in World War 1812 of the year. Part II. The invasion and exile of Napoleon
Military Reviewin Yandex News
Military Reviewin Google News
36 comments
Information
Dear reader, to leave comments on the publication, you must to register.