January 9 2016
48
A representative of the Iraqi Army Command today denied that the Turkish military contingent in Iraq was attacked by the fighters DAISH (IG), reports RIA News Reuters message. 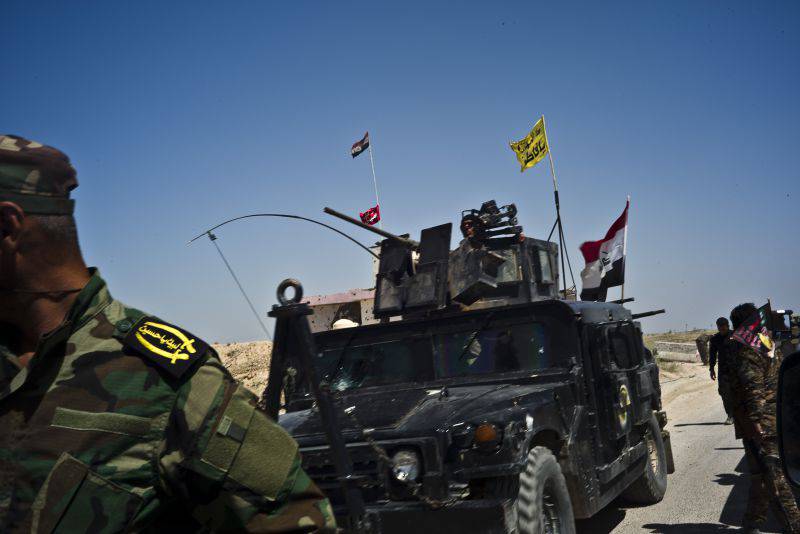 Turkish President Erdogan said on Friday that "during an attempt to attack Bashik’s training camp in northern Iraq, the 18 militants of the IG were eliminated."

“The (Iraqi) command denies the clashes of the Turkish forces with the IG fighters near the Bashik camp in northern Iraq or in any other areas of the country,” a representative of the Iraqi armed forces told local media.

As the Iraqi government reported earlier, "on December 4, Turkish troops and armored vehicles entered Ninew province under the pretext of training fighters of people's groups fighting with terrorists." The country's foreign ministry called such a move “a hostile act that was not coordinated with official Baghdad,” and declared a violation of sovereignty.

Ctrl Enter
Noticed oshЫbku Highlight text and press. Ctrl + Enter
We are
Turkish Foreign Ministry: the Arab world showed a lack of understanding of Turkey’s “decisive and disinterested efforts” in the fight against ISATraining camp "terrorists" in the Crimea
Military Reviewin Yandex News
Military Reviewin Google News
48 comments
Information
Dear reader, to leave comments on the publication, you must to register.