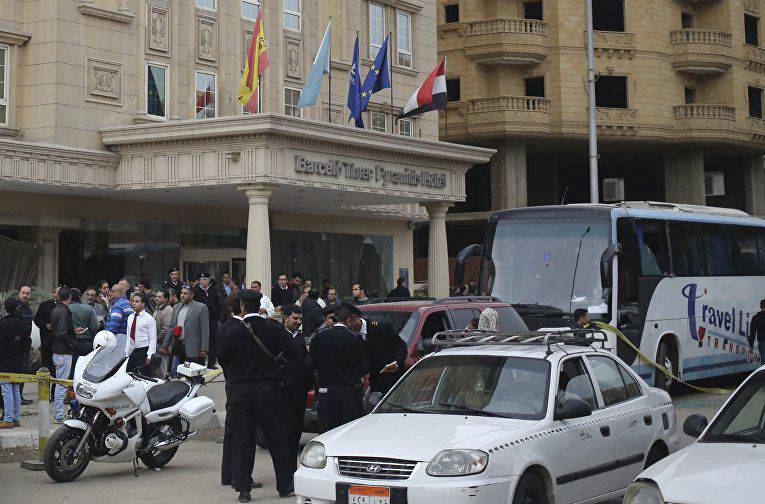 “On Thursday, two unknown people on a motorcycle bombarded the hotel and a bus with tourists in the El Giza area near the pyramids in Cairo with frame bullets. The hotel security fired back. As a result of the attack, none of the guests was injured, ”the agency reminds.

Local media at the beginning suggested that the attackers used non-gunshot weapon, and firecrackers and fireworks.

“The target of the attack was a bus with Israeli tourists, and the reason was the leader’s call (DAISH) to attack Jews everywhere,” Reuters reported, citing Amaq, which supports the grouping.

Earlier, the Egyptian Interior Ministry said that the purpose of the militants were the security services of the republic.