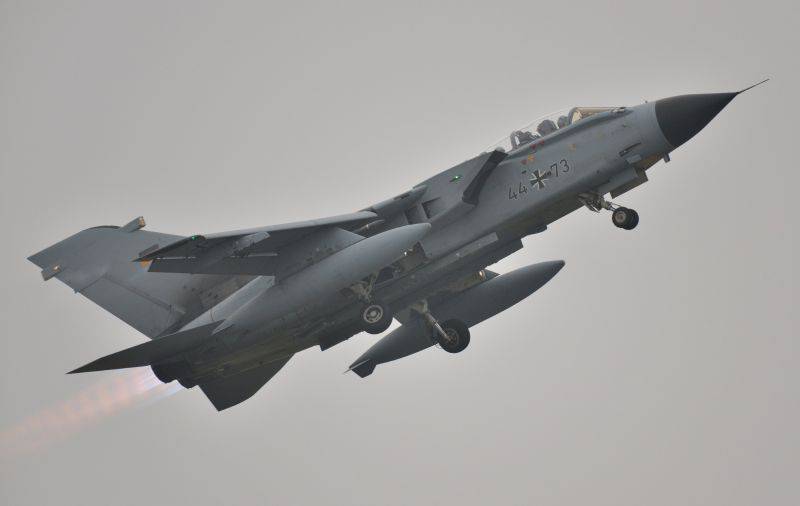 “Every day two planes will fly one flight at a time, then the frequency of flights can be increased,” a representative of the Bundeswehr told the channel. Other details of the German mission are not reported.

The publication noted that in December, German aircraft, based on the Incirlik, were tested. To use them for aerial reconnaissance in Syria, it was planned from January 2016.

Recall, the parliament of Germany 4 November supported the intention of the government to provide military assistance to the French partners in the fight against Daesh (IG). The German contingent was deployed in Turkey 15 December.

The parliamentary mandate issued to the Bundeswehr for 1 year does not imply the direct participation of the German military in hostilities. As previously reported, we are talking about "the use of the German Tornado strike fighter jets, refueling aircraft, and the Augsburg frigate, which the French aircraft carrier Charles de Gaulle should support in the Mediterranean."

Ctrl Enter
Noticed oshЫbku Highlight text and press. Ctrl + Enter
We are
Yıldırım: Turkey can provide the Russian VKS with the opportunity to be based in Incirlik, but Moscow didn’t address this issueInnovation Day of the Southern Military District: MLRS Tornado-G
Military Reviewin Yandex News
Military Reviewin Google News
58 comments
Information
Dear reader, to leave comments on the publication, you must to register.