Who shouts the loudest: "Hold the terrorist"? 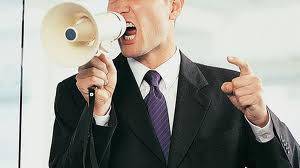 The human mind is designed to get tired of the flow of negativity. The defense mechanisms of the psyche simply turn on and the person begins to perceive it with sarcasm. And when, in fact, this stimulus turns out to be nonsense, it is not desirable to react differently than “what, again?”.


The next promise of Kiev to sue Russia lies in the category of "what, again?" This time, the entire Minister of Justice, Pavel Petrenko, threatened the Kremlin with the fact that all evidence of Russia's involvement in supporting terrorism had already been gathered.

Nothing more! And in the new year, they say, Ukraine will submit to the International Court of Justice. As Malchish-Plokhish said, “I’ll just pull up my pants ...” That is, the pre-trial communication process with the Russian Federation is just over and “let's go to court.” In the words of another movie character, "either I lead her to the registry office, or she leads me to the prosecutor."

It would seem that a solid person (the whole minister, and even justice), who should not make anecdotal statements, but the Ukrainian reality is such that common sense has long since left those who govern Ukraine. Suffice it to recall the weekly “invasions” of Russian troops that began in February 2014, as well as reports of Arseny Yatsenyuk, Petrenko’s immediate superior, about “saving from default”, assurances of Ukrainian generals about “winning” in the Debaltsevskaya “boiler”, as a result of which the Armed Forces of Ukraine lost a third of their military equipment.

However, the bite direction was chosen correctly by the minister: in modern conditions, terrorism is perceived as the most serious threat and the whole world community immediately rises to the fighting stance in the words “promoting terrorism”. But, having called an attempt to accuse Russia of this sin as a bite, I did not dissemble at all. Russia's role in the fight against terrorism is well known. As the role of Ukrainian punitive in the terrorist attacks on the city of Donbass.

There is no doubt that Petrenko’s statement is intended to divert attention from Ukraine’s failure to comply with the decisions adopted in Minsk on February 12 last year and enshrined in the UN Security Council resolution. There is such a psychological method - interception of attention, which Kiev decided to use, so that everyone would forget about the fact that he is engaged not in doing them, but in imitation.

Putting the blame from the blame on the healthy, the Ukrainian authorities divert attention from their preparations for a new attempt at reprisals against civilians in the Donetsk and Lugansk republics. From Kiev's state policy of terror against those who do not want to live in a neo-Nazi Ukrainian state.

It is no coincidence that the use of the UN authority to disguise the intentions of the terrorist leadership of Ukraine. And this is not the first time. Plans for the deployment of the UN mission in the Donbas and the new representative of Ukraine to the UN, Vladimir Yelchenko. He even promises to enlist the support of a number of countries so that the UN Secretariat sends an “assessment mission” to Ukraine. 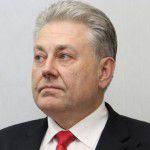 For a long time, official Kiev has been talking about the introduction of UN peacekeepers into the conflict zone. At the same time, the professionalism of the Ukrainian leaders is not even enough to find out: the UN peacekeeping forces are used only when measures of an economic and political nature turn out to be or turned out to be insufficient for establishing peace. As practice has shown, the Minsk agreements perfectly ensure the preservation of peace as long as Kiev adheres to them. Entering the UN peacekeepers will allow the Ukrainian authorities to disown the implementation of Minsk-2, since it relieves them of their responsibility for respecting the truce.

The same applies to Minister Petrenko's appeal to the court: the trial itself over Russia could allow Kiev to change the status of a punitive operation in eastern Ukraine in the eyes of the world community, now evaluating the war in Donbass as an internal civil conflict. So, it will untie the hands of the Ukrainian side, tightly bound by the Minsk agreement. At the same time, they say, it will be possible to declare Russia a party to the conflict, which Moscow categorically denies, but what Washington is seeking, without whose knowledge neither Poroshenko nor Yatsenyuk dare to do anything.

Let us return to terrorism and its support. And the February coup 2014 of the year was committed by terrorist methods, and the punitive operation against the Southeast began with the massacres of civilians in Lugansk, Mariupol, Odessa, and it was carried out by terror against the civilian population. How else can one interpret the constant shelling of residential areas with tactical missiles and multiple rocket launchers?

I would like to remind about the attacks on power lines to the Crimea, carried out by representatives of the terrorist organization Mejlis, which is fully supported by Kiev. Recently, there has been a massive replenishment of the “Majlis”, blocking the Crimea, by militants from ISIL, the Turkish terrorist organization Gray Wolves and other Islamist organizations who do not conceal their terrorist activities. And all this is done not just with the connivance of Poroshenko and Yatsenyuk, but with their full approval.

Will the court, announced by Minister Petrenko, prove to be a trial of the Kiev authorities, condoning the transformation of Ukraine into a nest of international terrorism?