USA in the Pacific. Nineteenth century

January 12 2016
10
At the beginning of the nineteenth century, the United States already had access to the Pacific Ocean, albeit on dubious rights and through territories that did not belong to them at that time. The Oregon Treaty (1846) and the victory in the war with Mexico (1846-1848) turned the United States of America into the largest power, with a thousand-kilometer ice-free outlet to the open ocean. This allowed Washington not only to begin penetration into Asia, but also to take a closer look at the islands of Oceania, which could be turned into transshipment bases and a source of raw materials. The ideological foundations of new imperialism were laid in the Monroe Doctrine and the Concept of the predetermined fate of the first half of the century. And at about the same period, Washington moved from words to deeds, although American historiography itself connects the beginning of overseas expansion only with the Spanish-American war. 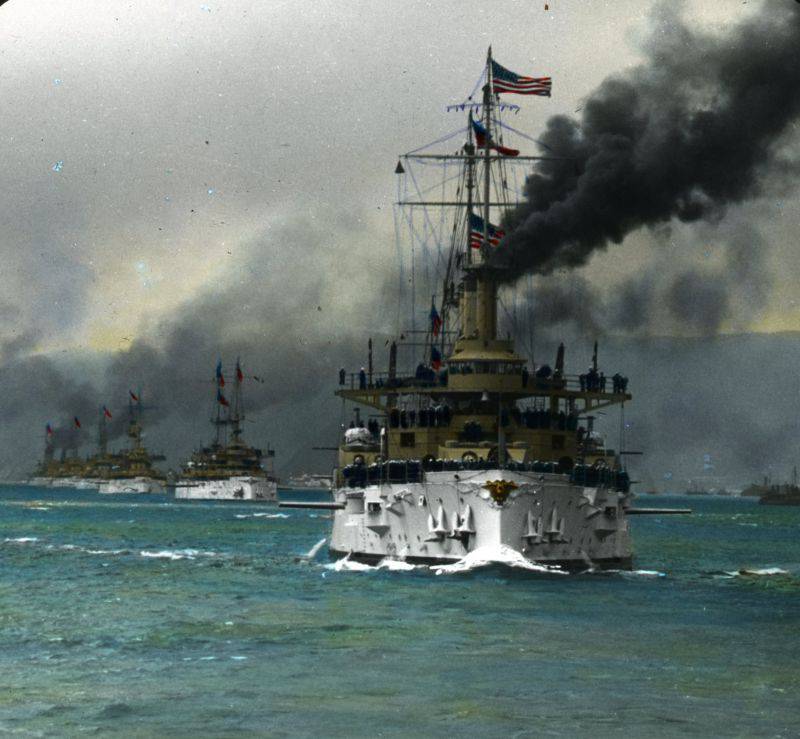 The first real step in the beginning of the sea expansion was the “Law on Guano” 1856 of the year, according to which any island on which deposits of such a valuable resource as guano were found, and not belonging to any other power, was declared American. In total, this way the Americans declared their rights to more than one hundred islands, mainly in the Caribbean and the Pacific Ocean. Of the Pacific Islands annexed under this law, one can name Baker Island (1857), Johnston Atoll (1858), Jarvis Island (1858), Howland Island (1858), Kingman Reef (1860), Palmyra Atoll (1859), Midway Atoll, (Midway) 1867) - this is only a part of the territories that today are under American jurisdiction. Most of the unceremoniously appropriated pieces of land, the United States had to return to the outraged owners. The last such returns took place already towards the end of the 20th century.

The first truly large Pacific archipelago became part of the United States due to ... Russia. This, of course, is the Aleutian Islands, which were ceded to the United States in 1867, along with Alaska. Their area is 37 800 (according to other data - 17 670) square. km, and the length is 1900 km, and they are rich in minerals. The islands have only one, but a major drawback - they are too cold for the constant life of people.

Since there were practically no large and free possessions in the Pacific Ocean by the second half of the XIX century, the only possibility was to take them away from someone. The most suitable candidate for the robbery seemed to Spain, which by that time was experiencing the rapid collapse of its colonial empire and the decline of naval power. In 1864-1866, the fierce First Pacific War took place off the coast of South America, in which Madrid tried to reclaim its former colonies - Peru, Chile, Ecuador and Bolivia - and was defeated. The United States did not intervene in that conflict, then there was also a civil war in America, but of course, they made their conclusions in Washington. By the end of the XIX century, Spain could no longer confront the young power of the New World.

In 1898, a short Spanish-American war broke out. In two naval battles off the coast of Cuba and Philippine Manila, the United States defeated the Spanish squadrons, and Madrid asked for peace. As a result of the war, the United States received most of the Spanish possessions in the Atlantic and Pacific oceans: the Philippines, Guam, Puerto Rico and the right to occupy Cuba. The Spanish concession was the largest acquisition by the United States since Alaska’s accession. In addition, for the first time the United States acquired overseas territories with a significant proportion of the native population.

The United States also claimed Samoa, to which its species had Great Britain, and especially Germany. For many years, the great powers directly or indirectly supported the civil war on the islands, providing weapons parties to the conflict (the Germans were the most aggressive), but in the end the situation almost led to a direct confrontation. To the disputed territories arrived warships of all competing powers. From the USA - the sloop USS Vandalia, the steamer USS Trenton and the gunboat USS Nipsic, from the UK came the corvette HMS Calliope, and the German Kaiser fleet sent three gunboats: SMS Adler, SMS Olga and SMS Eber. As a result, all six ships that the United States and Germany sent were destroyed. 62 killed American sailors and German 73. The British ship managed to escape. True, such terrible losses of the party suffered not as a result of the battle - on the night from 15 to 16 in March 1899, a powerful tropical storm hit Samoa, which “reconciled” the sailors. In the same year, Samoa was divided between the United States and the German Empire.

In the same year 1899, the annexation of the Hawaiian Islands took place, and the formally independent (actually under control of the United States) republic that existed there ceased to exist. Possession of Hawaii and Samoa gave America an exceptional advantage over the European powers, because from now on, only the US controlled the center of the Pacific Ocean, which gradually began to turn into an American lake.

Now the Americans had to solve several major problems. For example, the question of the channel between the Atlantic and the Pacific was acute in order to transfer military ships, if necessary, not to mention the commercial significance of such a structure. The ruling circles of the United States of America rightly believed that with the critical weakening of any European power, they could thus quickly seize its possessions. True, in the First World War these plans did not come true: the US entered the conflict too late, and by that time the German island possessions were taken away by three smaller imperialist predators — Japan, New Zealand and Australia.

So, two events can be considered a symbolic result of the Pacific expansion of the United States of America in the 19th century: the separation of Panama from Colombia (1903) to build a canal there, and the symbolic raid of the Great White fleet (1907-1909) of 16 battleships, which demonstratively demonstrated Washington's increased naval capabilities. By the way, the United States did not have a full-fledged fleet in the region for a long time, and the main naval forces focused on the Atlantic direction. In 1821, a small Pacific squadron was formed, which by 1903 consisted of only four ships, and 1868 was the birth year of the Asian squadron, which provided American interests in Japan, China and other countries. In early 1907, the Asian fleet was combined with the Pacific Squadron into the Pacific Fleet of the US Navy. 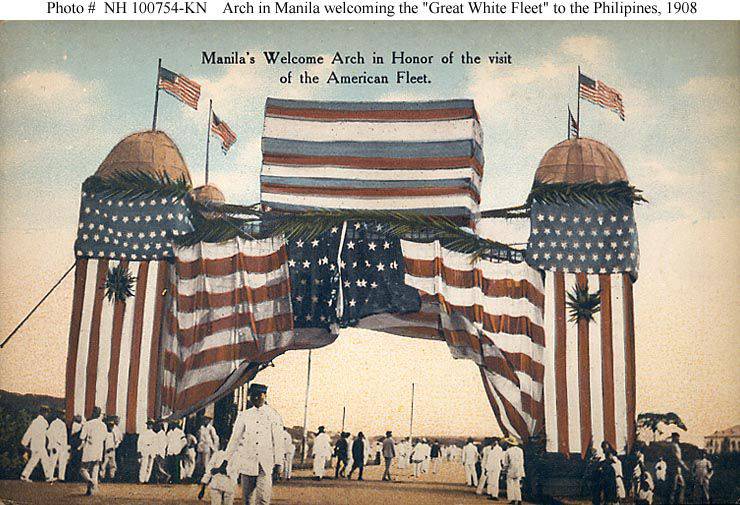 It is worth noting that in American society itself and even among the elite, there was no unanimous opinion regarding such rapid progress in world politics. All speeches about “global leadership” and “global dominance” will appear in the lexicon of American leaders much later, and at the end of the 19th century, voices of those who did not want such a development of events for ethical reasons sounded clearly: own colonies - we must carry the light of the Enlightenment to the enslaved nations. However, a compromise was found when ideologues began to explain to the average man that American domination is the light of Enlightenment. But it will happen in the twentieth century.

If to compare with Russia, which reached the Pacific Ocean almost 200 years earlier, the USA had several obvious advantages: a shorter distance between the main “imperial” territory and the new coast, a booming economy (due to political backwardness, the Russian Empire entered the industrial century only by the end of the XIX century), an initiative and personally free population, the absence of strong neighbors. And of course, an unambiguous strategy that, without extremes and unnecessary rushing, made it possible to implement the originally conceived plan.