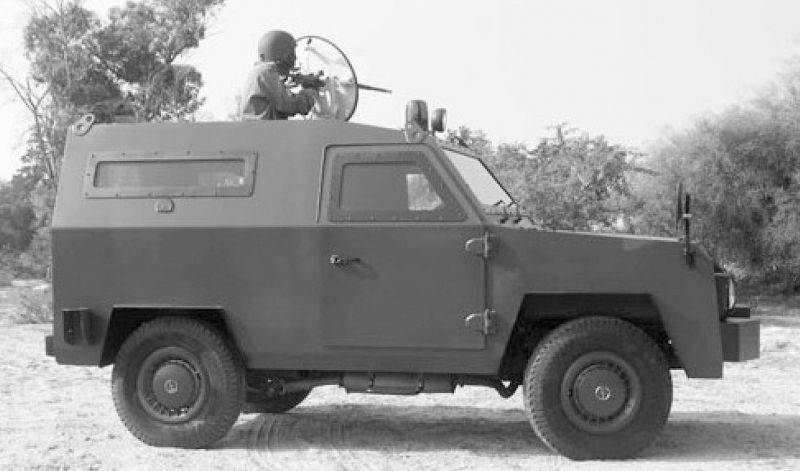 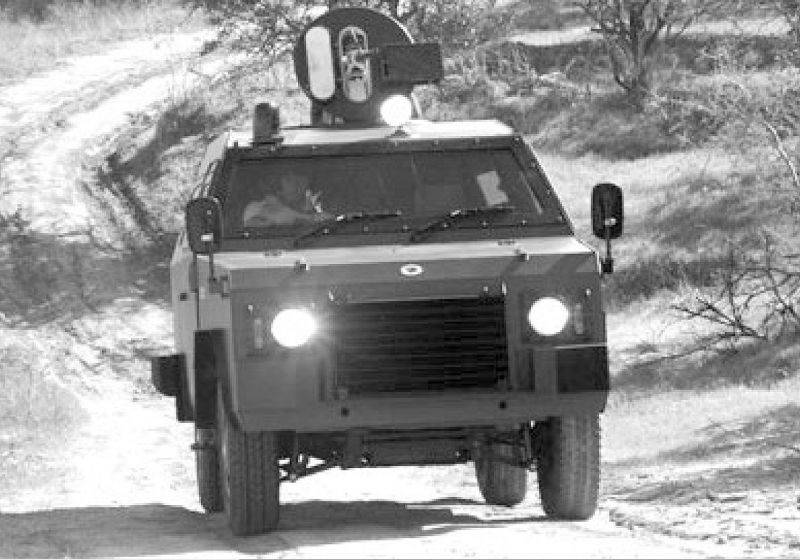 In response to the needs of the market for an inexpensive car that could perform a wide range of tasks, in 2005, Saymar began the development of the Genda 290S 4х4 light armored vehicle.

The first prototype was made in the middle of 2005 in Israel and was first shown to the public at the DEFEXPO exhibition held in New Delhi in 2006 (Genda in Hindi means rhinoceros).

In addition to the first prototype of the Genda, two pre-production cars were made, one right-hand drive and one left-hand drive.

Saymar carried out general management of the Genda 290S project, but other companies took part in the program, including the Israeli Rafael Advanced Defense Systems, which has extensive experience in the field of ballistic protection.

In 2006, Saymar completed the development of a prototype Genda 290S and began production of the Genda Mk II light armored car.

The new model has several differences from the experimental machines, it served as the basis for all future serial machines.

According to Saymar, the Genda Mk II is suitable for a wide range of tasks, including border security and internal security tasks.

The prototype is based on the Indian serial chassis 4x4, although the same basic design is suitable for other applications.

The Saymar company offered to manufacture the Genda Mk II serial light armored car in Israel, or to supply assembly kits in the country of the operator and install it on the local chassis.

The Genda Mk II is the first armored vehicle completely created and manufactured by Saymar, which was founded in 1982 and was part of the MIKAL group.

Since then, it has become actively involved in the design, development and production of vehicle retrofit kits for a wide variety of tracked (for example, M113 BTR) and wheeled (for example, AML armored cars and Panhard General Defense armored personnel carrier) to armored vehicles. 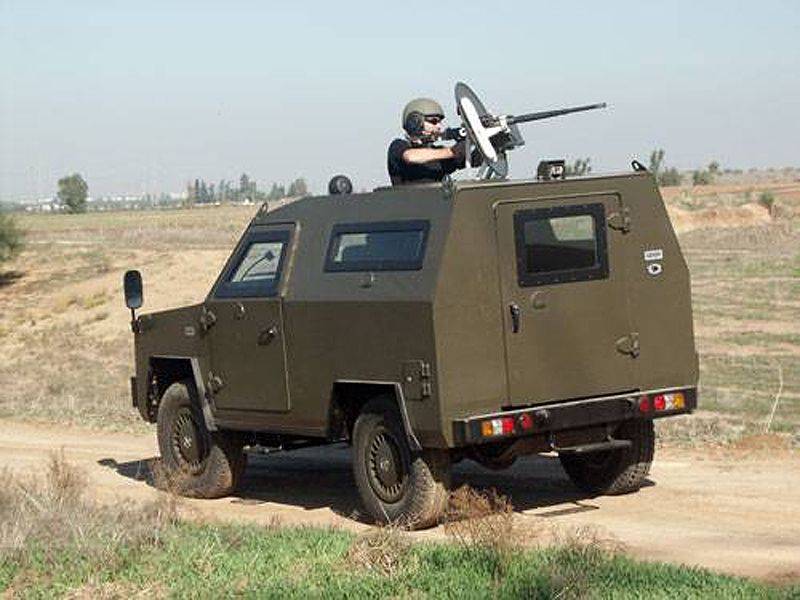 According to the UN, in 2006, Israel put six armored combat vehicles to Lesotho, which could be a variant of the Genda Mk II. It is only known that the Saymar Genda Mk II armored car was sold to at least two countries.

At the moment, the Saymar Genda Mk II light armored car is not offered on the market, and the company has focused on promoting the next model's armored car. Musketeer. This car has a higher level of protection and is capable of performing a wider range of combat missions.

Genda Mk II car has a traditional layout: the engine is located in front, the commander and the driver are sitting in the center, the troop compartment in the rear.

The chassis of the Genda Mk II is a ladder type and, unlike some other cars of this type, the Genda Mk II engine compartment is fully armored and the lower part is protected from a number of threats, such as hand grenades.

The commander and the driver are sitting in front, in front of them is a large bulletproof windshield. Each has a door opening forwards. The door has a bulletproof glass in the upper part, and an embrasure under it.

Four paratroopers sit in two faces to each other, landing and disembarking is carried out through a large rear door that opens to the right. In the upper part of the door there is a window with bulletproof glass and an embrasure under it.

In addition, each side of the troop compartment has an oblong bulletproof window that increases the level of situational awareness.

The armament system depends on the needs associated with the combat mission, but, for example, an 7,62-mm machine gun with a front protective shield for the shooter was installed on the roof of the prototype Genda Mk II.

Standard equipment includes wheels with fire resistant inserts, a spare wheel installed at the rear of the vehicle, a protected fuel tank, a rear-view camera, an air-conditioning system, a spotlight installed on the roof, and flashing lights.

it was announced at the beginning of 2010 years that the company has set a commander version, based on the standard version Genda Mk II. It was created for use as a control center and fire control center.

In the rear troop compartment are located several communication systems, one or two hardened computer for fire control, operational control, navigation, and a folding table for cards.

Furthermore, this embodiment is equipped with a powerful air conditioning and an auxiliary power unit that allows to supply the system with substantially muffled engine.