The State Department did not deny the existence of a document being developed on the “planned” care of Assad in 2017.

January 7 2016
67
State Department spokesman John Kirby said that he was aware of the reports of the AR, which stated that there was a document in the White House with a forecast of the departure time from the post of Bashar al-Assad, moreover, he knows the source, he reports RT. 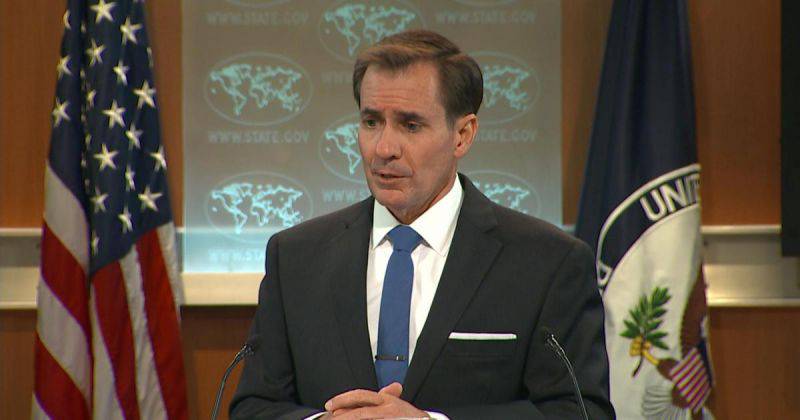 “I am aware of the reports of AR. I know about the document on which they are based. It was a preliminary document created before any decisions were made, ”said Kirby, answering the corresponding question of the RT correspondent.

According to the AP, Assad’s resignation in March of 2017 is named in the document “the best possible scenario.”

"This is a preliminary document at the working level, a project, a potential way to move forward," he explained, adding that the presidential elections in Syria are indeed planned for next year. “But this does not mean that it will happen,” said Kirby.

At the same time, he constantly changed the wording regarding the document, trying to point out that this is “not a US forecast, this is only a possible outcome of events”.

A channel correspondent asked if “Washington changed its position on the date of Assad’s departure (earlier the United States called for the immediate removal of the Syrian president) and whether it is connected with fears that there could be a vacuum on the spot of the biased Syria’s president” .

In response, Kirby stated that he shared "concerns about the formation of a vacuum, but Washington’s position on Assad remains unchanged."