The whole truth about sanctions against Russia (The National Interest, USA) 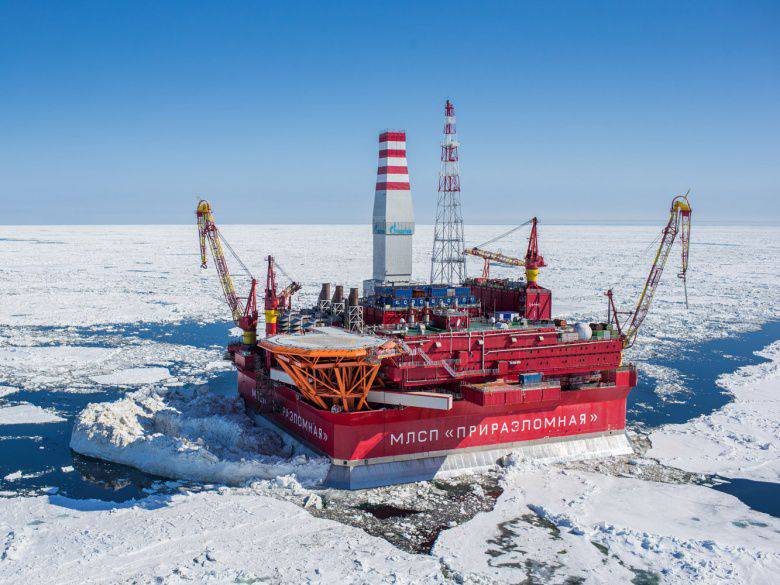 Western sanctions could not deliver a “crushing blow” to Russia, however, in the near future, they are not likely to be lifted.

The extension of the EU sanctions and the expansion of the US sanctions against Russia have shown that these restrictive measures will not be lifted in the foreseeable future. Whatever difficulties the Russian economy faced, the sanctions of the West could not deal a “crushing” blow that would force the Kremlin to significantly change its policy. These sanctions, apparently, were not aimed at destroying the Russian economy, which is too large and important for the world to manage without it. These sanctions were imposed in order to warn Russia against such foreign policy actions that the West does not approve. Meanwhile, these restrictions forced the Russian leadership and elite to embark on a confrontation, reminding them that in order to defend their independent positions in the international arena, Russia must be ready and able to withstand international pressure, especially in the economic sphere.

After the introduction of Western sanctions against Russia, it became obvious that these measures were not as tough as they could be - and this was all reason. Consider sanctions against the energy sector of the Russian economy: among other things, they were aimed at restricting financing options for Russian energy companies, which ultimately should have blocked the implementation of complex projects to develop offshore oil and gas fields in the Arctic and other regions. These aspects play an extremely important role in the strategic planning of Russian companies, but the sanctions imposed did not cause significant harm to their current activities. The reason is simple: Russian companies, according to various estimates, supply one third of the oil and natural gas consumed by the European Union. In such a situation, any immediate or destructive sanctions against these Russian companies are extremely unlikely.

At the same time, with the rapid fall in oil prices, it is impossible to deny the fact that the sanctions have caused significant damage to the strategic prospects of Russian energy companies, and put quite considerable pressure on the Russian economy, which is still heavily dependent on energy exports - although to a lesser extent than before. Moreover, after the extension and expansion of the sanctions by the United States and the European Union, it became clear that this pressure will continue in the near future.

Just a few months ago, some Russian and foreign politicians believed that the fragile truce established in eastern Ukraine, as well as the dissatisfaction of Western companies that suffered serious losses because of the sanctions, would force the West - at least the European Union - to weaken restrictive measures against the Russian economy . Here we should recall the October negotiations of the “Norman Four” in Paris, which, in fact, confirmed the extension of the implementation of the Minsk agreements for the 2016 year. Meanwhile, the leadership of the unrecognized Luhansk and Donetsk people's republics in the east of Ukraine postponed the elections, laying the foundation for their holding within the framework of the Ukrainian legal field. The latter should be a major step towards a complete truce. However, expanding or extending sanctions against Russia, the European Union and the United States did not take into account the improvement and stabilization of the situation in the east of Ukraine.

And this should not surprise anyone: the political elite of Europe and the USA gave the sanctions such political significance that these restrictions became irreversible - at least, in the absence of significant concessions from Russia. Since Moscow does not demonstrate its readiness to change its decision, for example, on the issue of Crimea, we should not expect the lifting of Western sanctions against Russia in the near future.

This means that for the Kremlin, sanctions have become a constant factor in the decision-making process, which aggravates the country's internal and external problems. One of these problems was the question of whether Russia has faithful allies that can help it cope with the consequences of economic sanctions. Now it has become obvious that, on the one hand, even Russia's business partners in Europe cannot help it get rid of sanctions. In the last months of 2015, we saw Germany trying to continue the implementation of the Nord Stream 2 project, while maintaining the effect of anti-Russian sanctions. Italy, which lost Russian gas due to the abandonment of the South Stream project after the start of the crisis in relations between Russia and the West, sharply condemned Germany’s actions - but to no avail.

On the other hand, it is still unclear how much support Moscow will receive from Beijing in various matters. It is obvious that China needs Russian natural gas and oil, but how far can this cooperation go? Moscow will still have to decide on the diversification of its partners in Asia: if China becomes the main buyer of Russian energy resources in the region, and cooperation with European countries begins to decline, can Beijing dictate its terms of cooperation to Moscow?

In domestic politics, Western sanctions increased pressure on the Kremlin, forcing it to act on many fronts at once. For many years, Russian businessmen, officials and experts have been discussing the issue of investments necessary to modernize the Russian energy sector. However, in the context of high oil prices, there was no need to modernize it: why bother to bother you once more, if you can get high profits anyway? Today, oil prices have plummeted, and Western sanctions, which include a ban on the export to Russia of services, equipment and technologies for the energy sector, will not be lifted in the near future. Only in November, 2014, after the introduction of Western sanctions, the Russian government was forced to approve a plan of measures aimed at reducing the dependence of the Russian energy sector on technology imports. The government took this step after many years of discussion and the general recognition that these measures have long been belated. Would the political leadership of the country decide on such measures without economic sanctions from the West? In December 2015, the issue of supporting the domestic production of parts required for the development of offshore fields was still under discussion. The United States and the European Union may at any time expand the list of services, equipment and technology prohibited for export. That is why Russian energy companies, with the support of the government of the country, must act immediately to obtain the necessary technologies (perhaps in cooperation with companies from Asia) and use them to modernize the industry.

Moreover, most of the sectors that Russia will have to modernize in order for its economy to start growing can also become a victim of Western sanctions at any time. Are they ready to withstand such pressure? Do Russian companies in these sectors have sufficiently reliable partners in Asia who are ready to provide them with technology and services if they suddenly find themselves under the influence of Western restrictions?

Here a broader question arises: is the Russian economy capable of withstanding the West’s future reaction to perhaps the Kremlin’s more aggressive foreign policy? In the 21 century, it is simply impossible to build a strong economy and provide the people with a decent standard of living in conditions of international isolation. The Kremlin is aware of this: during a meeting with representatives of big business, President Vladimir Putin said: "In order to expand the possibilities of domestic business, we must actively develop economic ties with other countries." However, this goal will be quite difficult to achieve in conditions of continuing economic pressure from the West, which is likely to continue in the foreseeable future.

Can any curious student of the faculty of international relations still doubt the real reasons for the sanctions - disagreements over Ukraine, or Western concerns about Russia's more aggressive foreign policy and its desire to become a full-fledged center of power and influence in international relations? In fact, the approach to examining the reasons for the imposition of sanctions, suggesting such a choice, is no longer relevant: the fact that Russia requires the West to recognize its position on Ukraine indicates that we are already dealing with a confident and aggressive Russia.

After Russia declared its right to a decisive foreign policy, its economy found itself in a much more complicated international environment. She still manages to avoid total collapse, and Russian society is apparently ready to endure even more difficult economic conditions for the sake of a more ambitious foreign policy: at least 59% of Russians support the foreign policy of the Russian authorities. However, this endurance test will continue for at least the next year. Therefore, the Kremlin has no choice but to continue to take the measures necessary for the formation of the economy, the corresponding country, which claims to be the world leader in international relations.

Author:
(Nikolay Pakhomov) Nikolay Pakhomov is a political analyst and consultant working in New York. He is also an expert at the Russian International Affairs Council.
Originator:
http://nationalinterest.org/feature/the-truth-about-sanctions-against-russia-14789

Ctrl Enter
Noticed oshЫbku Highlight text and press. Ctrl + Enter
We are
Results of the week. "He flew away, but promised to return!"Situational analysis of the death of the MH17 flight (Malaysian Boeing 777), made on the basis of engineering analysis from 15.08.2014
Military Reviewin Yandex News
Military Reviewin Google News
124 comments
Information
Dear reader, to leave comments on the publication, you must sign in.