Lithuanian MFA: the EU will re-discuss sanctions against individuals in the spring

January 6 2016
40
The head of the Lithuanian Foreign Ministry, Linas Linkevicius, said that in the spring the EU would begin to re-discuss the list of Russian citizens for whom sanctions had been imposed, decisions “will be taken individually.” Reports about it RIA News with reference to the Baltic resource Delfi. 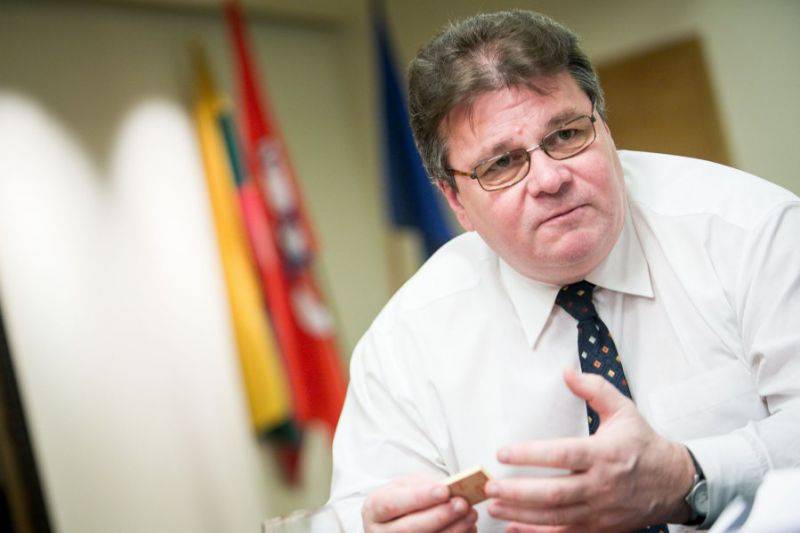 Earlier, the Chairman of the Federation Council, Valentina Matvienko, reported that she had received signals from the parliaments of several EU countries “about the need to lift personal sanctions against Russian deputies and senators.” According to the head of the Duma’s international affairs committee, Alexei Pushkov, “The European Union may cancel anti-Russian sanctions already in the summer.”

Linkyavichyus told reporters that “until July 31 sanctions will apply to Russian companies, however, in March of this year, EU members will resume negotiations on measures relating to individuals, so the process can be said to start anew.”

According to him, "the lists contain about 170 surnames," and the decision on restrictive measures "will be taken individually."

The agency recalls that the European sanctions against the Russian Federation were extended for half a year "due to non-fulfillment of the conditions of the Minsk agreements on the settlement of the conflict in Ukraine."

Ctrl Enter
Noticed oshЫbku Highlight text and press. Ctrl + Enter
We are
January 27 - Day of the lifting of the blockade of Leningrad
Military Reviewin Yandex News
Military Reviewin Google News
40 comments
Information
Dear reader, to leave comments on the publication, you must to register.