The German rushed to the Don. From Millerov, through Tatsinskaya and Tsimlyansky stanitsa, from the Kamensk and Belaya Kalitva, the Red Army's units, tired and battered in defensive battles, hurriedly retreated, hurrying to the Don ferries. 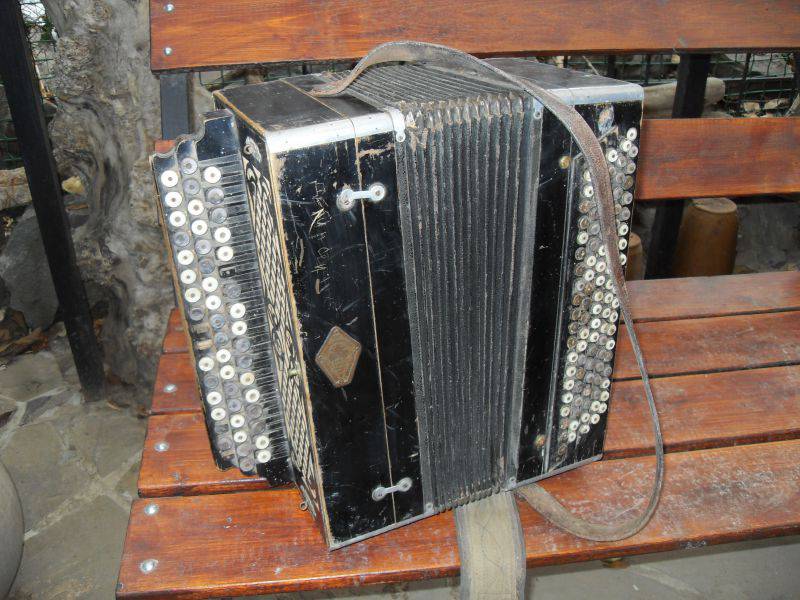 The vanguards of the German tank divisions and motorized regiments tried to cut off the retreating path to the crossings of the steppe rivers - the Don and the Seversky Donets. Having broken through the defenses of the Soviet troops, the Germans withdrew in the middle of July 1942, to the village of Nikolaev and the village of Konstantinovsky. According to the recollections of local residents, one day it was possible to see Red Army men in a farm, a few hours later German motorcyclists, followed by evening Red Army cavalrymen, and late in the evening - German tanks and armored personnel carriers. And so it was repeated for several days.

Before the war, a large family of the Kostromins lived in the farm Savelyev: Abrosim Vasilievich and Natalya Sergeevna. The first to go to the front was the head of the family, followed by his elder sons, Andrei and Vasily. In July 1942, the youngest children and Natalia Sergeevna remained on the farm. Several times scouts from various sides came into the house, first Red Army men, then, after they left, the Germans. The first German soldiers did not behave so brazenly as during the period of further occupation, did not offend the locals and did not even pay attention to the retreating Red Army soldiers. Having set the guard, the Germans stayed for the night in a farm, and in the morning left in the direction of Morozovskaya. Several retreating Red Army soldiers came into the house, one of them was with a front accordion player.

Apparently, a beautiful Cossack girl Zinaida liked a young gay fighter Semyon, and he persuaded his fellow soldiers to linger a bit in the farm. Having set the sentry, the Red Army soldiers stayed overnight. All evening Semyon told funny stories and played the accordion. And in the morning I asked Zinaida to save the button accordion: “Beauty, save the instrument, it’s hard for me to dangle along the steppes, we will definitely drive the fascists back, I will come and pick it up. Just save it until my arrival. ” On the inner wall of the bayan, at the furs, Simon wrote “Derin Semen” in pencil. Then, having stood for a while in thought, he went up to the bayan, opened a penknife and scratched Derin Sema on the bottom cover, again separated the compartment with keys and again, hastily, scratched his last name, first name and first name Zina. With the words “So it will be more reliable, and you will not forget me,” I collected the instrument, handed it to Zinaida, gently stroking her head, quickly went out onto the farm street and went east to catch up with her fellow soldiers. The Kostromins family reliably guarded and preserved the relic of 42. After the liberation of the Don land, Semyon never appeared in the farm.

Zinaida went to the front: maybe there will meet funny Semen? Zinaida traveled a lot of front-line roads on the Studebaker leasing, transporting tons of shells to the front lines, various military units, but never met Semyon. Soon she married her front-line friend Peter, and with him returned home to her native farm, Saveliev. 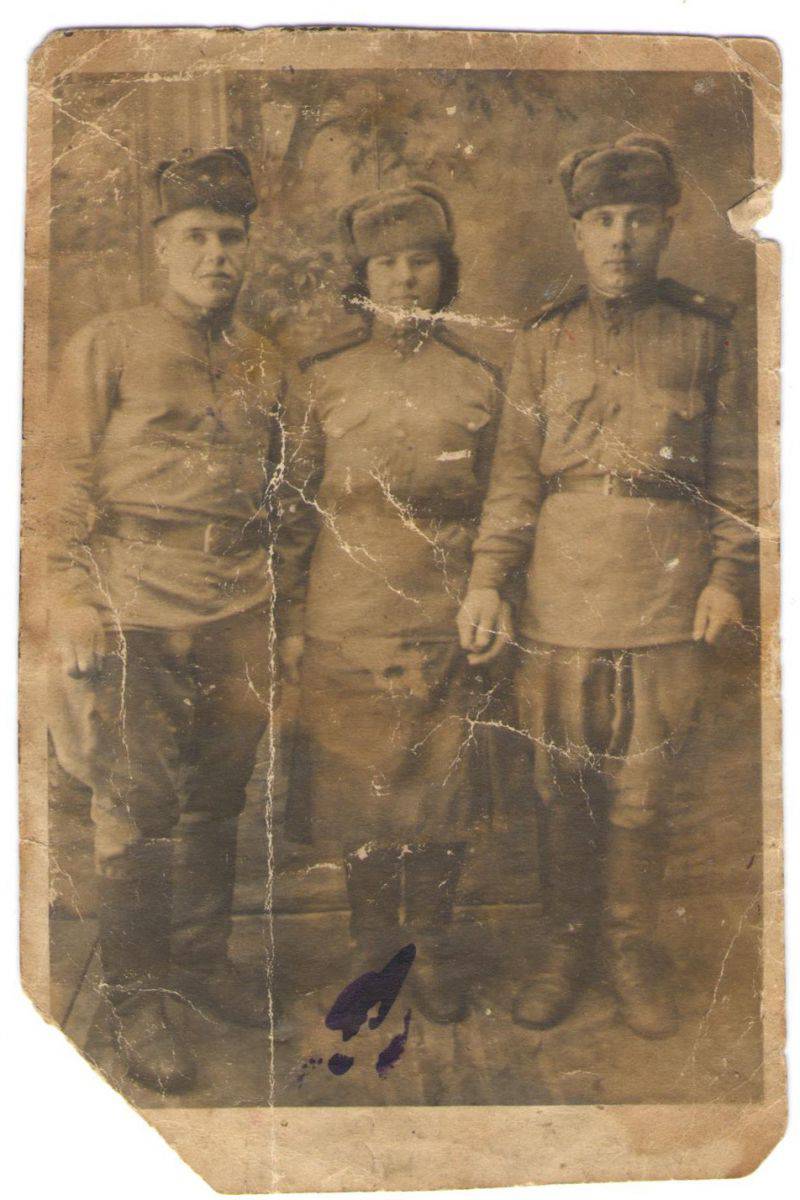 Zinaida, on the right - husband Peter

While the war was on, the button accordion was waiting for its owner in the Kostromins house. But the world is not without "good people", and someone reported to the Nikolaev military registration and enlistment office that there is a military artifact in the Kostromins family that does not belong to their family, and the button accordion was confiscated to the military commissariat. The head of the family who returned from the war, the order bearer Kostromin Abrosim Vasilyevich, took the button accordion from the military registration and enlistment office: “Maybe Simon will appear again, or his children will come for the accordion! What will I tell them? Not saved? No, let it be better with us! More reliable! "

He brought it home, and in order to avoid such “expropriations” and “confiscations”, he packed the Seeds instrument into a reliable “sarcophagus” and buried in the garden for many years. When there was no Nikolayevsky district, and many forgot about the existence of the button accordion, Abrosim Vasilyevich opened his caches and hoisted the button accordion in the house to the place of honor and the place: "Let him stand and wait for his master."

For many years, relatives of the populous Kostromins family were looking for Seeds Derin. But where there is: the fighter, hoping to return to the Don land, did not leave either the number of the military unit or any other information about himself. The witnesses of those old military events have already died, and the Kostromins' relatives all hope that now it is not Semen himself who is now, but his grandchildren will be found and come for the accordion. In the meantime, the instrument was handed over to the reliable hands of city search engines.

It was a soldier Don road
And he came to us in the farm.
Exhausted, hungry,
The tool could not bear.

He left it to us:
There were fascists on their heels.
"I will return with a victory to you,
We will avenge evil enemies! ”

The soldier did not reach us,
He died that year for us.
Orphaned is a button accordion,
Scratched by wounds.
With a small inscription on it:
"I was Derin, call Semen."

Ctrl Enter
Noticed oshЫbku Highlight text and press. Ctrl + Enter
We are
How to release the "Gate of the Caucasus." February 14 - Rostov-on-Don Liberation DayMyths of the Great Patriotic. Papier mache helmet
Military Reviewin Yandex News
Military Reviewin Google News
6 comments
Information
Dear reader, to leave comments on the publication, you must to register.